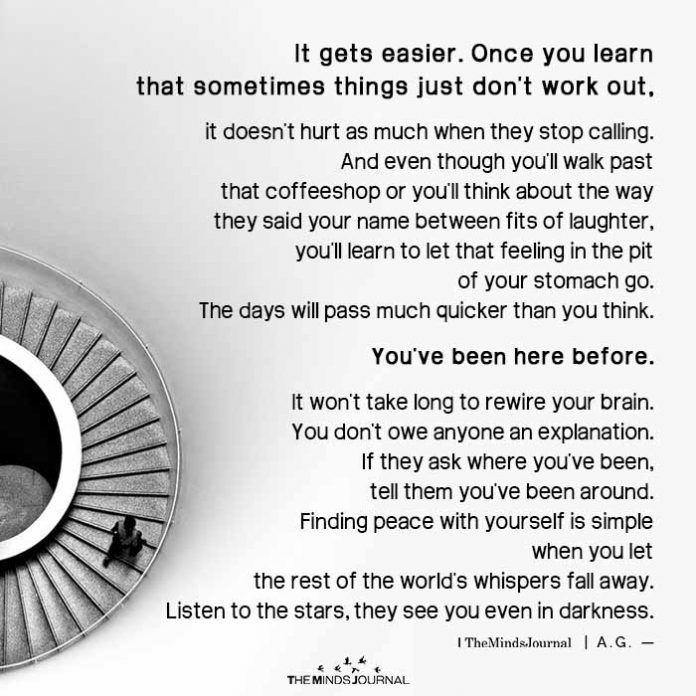 It gets easier. Once you learn that sometimes things just don’t work out, it doesn’t hurt as much when they stop calling. And even though you’ll walk past that coffeeshop or you’ll think about the way they said your name between fits of laughter, you’ll learn to let that feeling in the pit of your stomach go. The days will pass much quicker than you think. You’ve been here before. It won’t take long to rewire your brain. You don’t owe anyone an explanation. If they ask where you’ve been, tell them you’ve been around. Finding peace with yourself is simple when you let the rest of the world’s whispers fall away. Listen to the stars, they see you even in darkness.

I know I’m not your only, but at least I’m one

A little love is better than none
Read more
2 am

I Wonder If We Are Still Together

Maybe we're still in love in another dimension.
Read more
2 am

Got to take precaution in this mind that only thinks about you
Read more
wpDiscuz
0
0
Would love your thoughts, please comment.x
()
x
| Reply