How Adults Can Get the Distance They Need from Toxic Families 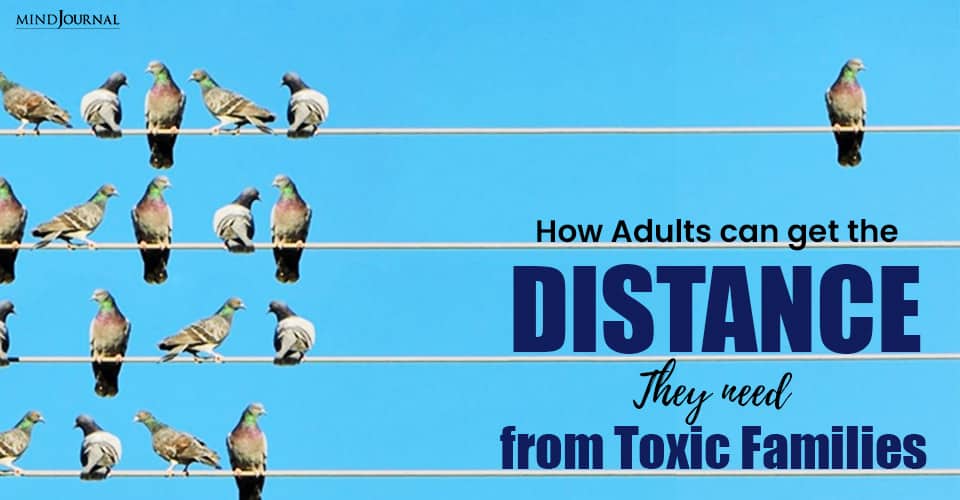 According to the Family Communication and Relationships Lab at Utah State University, most family estrangements begin when communication between the generations declines in both quality and quantity. Read on to know how adults can get distance from toxic families.

“My daughter used to share everything with me, and now I get a cursory text or phone call only when she really needs something,” complains a client, whose 27-year-old reports that “it feels like she’s always criticizing or judging me, which makes me leave or hang up or lose my temper, and before you know it we haven’t spoken for weeks. When I finally call, I never tell her about anything that really matters anymore.”

Guarding or restricting verbal communication isn’t necessarily an indication of estrangement, but for many young adults, it’s the first step in an on-again, off-again journey that may last a week, a year, or even decades.

Some data suggest that estrangement between parents and their grown kids affects almost as many families as divorce.[1] While both generations voice their reasons for dissatisfaction with the relationship in therapists’ offices, with their peers, and in over-40 Facebook groups with “estranged” in their name, Katherine Scharf, the Lab’s director, is the first to conceptualize estrangement as a continuum and to describe its elements as distancing behaviors that grown kids employ with their parents.

Read: Why It’s Okay To Cut Toxic Family Members Out of Your Life

In “You’re Not Welcome Here,”[2] Scharf categorizes eight actions that adult children take in order to maintain physical, mental, and emotional separation from their parents.

Ranked on a sliding scale by 52 study participants, in which zero is the least and 19 the most severe behavior, the eight components form the entire estrangement continuum, which is anchored at zero and 80. It is the combination and severity of the components, rather than any individual behavior, that determines the degree of estrangement. And because estrangement is a process rather than a binary event, movement along the distance continuum is dynamic, rather than fixed.

Creating and maintaining physical distance makes it easier for these grown children to maintain an inner boundary between the presence and absence of feeling occasioned by interactions with their parents.

“I refuse to let him push my buttons anymore,” said a 32-year-old. “I just smile tolerantly, which makes him crazy, even when it takes everything I have not to react. Afterward I’m exhausted from trying.”

Similarly, anticipating the positive or negative effect of communication is a useful distancing strategy for many grown kids. Said one young man, “If I have something to tell my parents that I know they’re not going to like or that directly contradicts their values, I do it in a letter. After I came out to them, they were so horrible that we didn’t talk for three years.”

That’s how adults can get the distance they need from toxic families.

Ignoring role obligations and expectations is another component on the continuum.

“I stopped being the quiet, accommodating, dutiful daughter, and they couldn’t handle it,” said a 35-year-old. “I said no to their dreams and expectations, and stood up for my own. I got divorced, which was unforgivable, and then had a child out of wedlock, which was even worse. I didn’t show up for my father’s funeral after he said I wasn’t welcome anymore. But I’m slowly finding my way back to my mother.”

This woman’s desire to reconcile with her family — not just her mother, but her siblings, who became part of the estrangement — is “sometimes an urge, other times an ache, depending on how vulnerable I feel,” she said. “There are times I want to be part of that family again, even though I’ve replaced them with one of my own. But it has to be on my terms.”

Estrangement is typically an aspect, but not the entirety, of the parent/adult child relationship.

Hurt and hateful feelings serve a purpose for these adult children, enabling them to resist renewed attempts at reconciliation and protecting them from reentering abusive relationships with their parents. “By speaking their parents out of the family, they speak a new family into being,” said the author of the study.

One interesting and seemingly counterintuitive finding in the research was that adult kids who didn’t talk with their parents frequently didn’t necessarily have the worst quality communication; sometimes, the distance made it easier to feel closer to them.

And while ignoring role expectations and reducing relationship effort was easier after moving away, many study participants reported that moving away was easier than staying away.

All unhappy families are unhappy in their own way, which explains why one person’s experience of family distancing is different from someone else’s. By contextualizing estrangement as a dynamic, rather than a fixed event in family functioning, the research points the way to the possibility of reconciliation, or at least rapprochement, on both sides of the generation gap.

Writer,Coach & Social Psychologist.Jane Adams has been researching and reporting on how American families respond to social change for over three decades. A graduate of Smith College, she studied at the Seattle Psychoanalytic Association and the Washington (DC) Psychoanalytic Foundation and has published 13 books and over 100 essays, articles and columns in  national magazines and newspapers including the New York Times.View Author posts 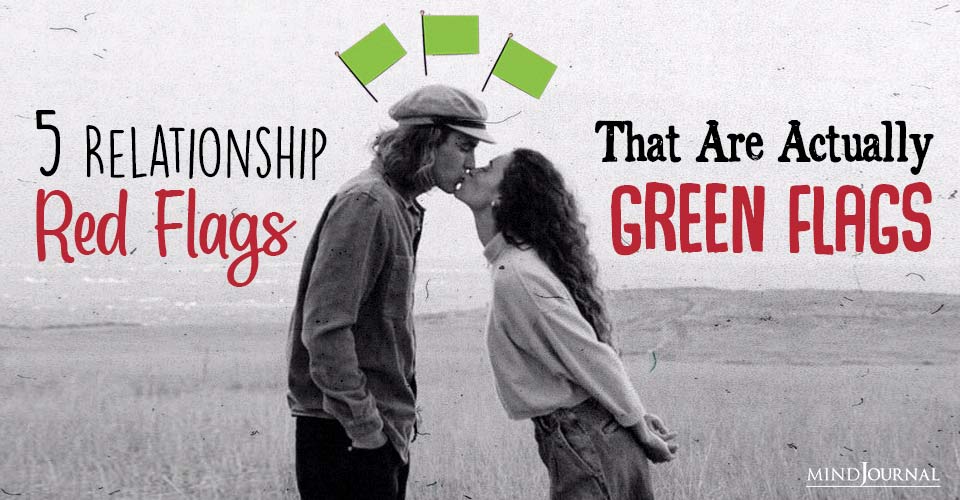 Here are 5 things that seem like red flags but are actually green ones, things that actually ended up being signs that he was perfect boyfriend material!