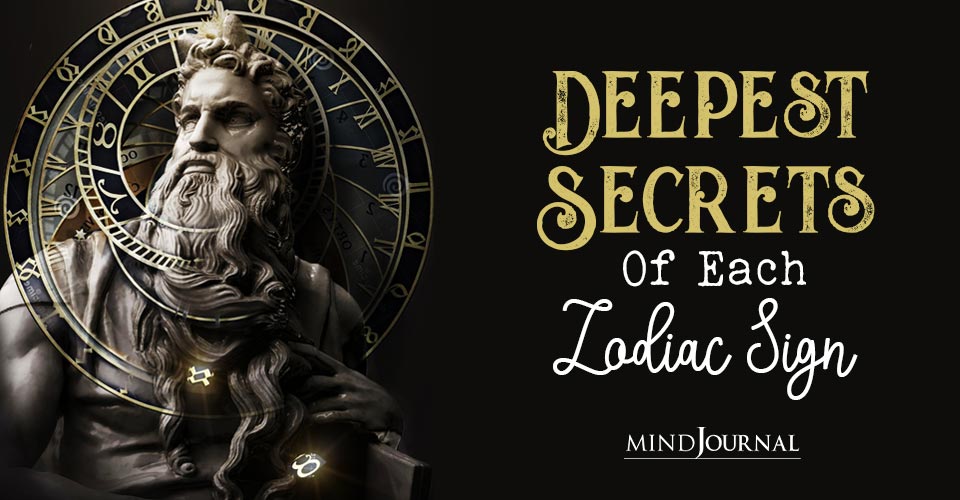 Do you know that every star sign comes with some secrets that are like second nature? Here’s your chance to uncover the deepest secrets of zodiacs.

We all have some skeletons in our cupboards. Whether it’s our unspoken desire, unexpressed love, or an embarrassing truth, we all keep some secrets close to our hearts. What’s interesting to know is, that the 12 zodiac signs come with their own set of secrets. So, it means, depending on the star sign you are born under, you are attributed with some things that you can’t help but keep under the wrap.

The Deepest Secrets Of Zodiacs

These are the deepest secrets of zodiacs, things you will never know about them otherwise.