5 Reasons Why My Soulmate Can’t Find Me

‘Why my Soulmate can’t find me?’ How hard can it be for two souls who are meant for each other to meet? Is it possible that s/he passed by you without even recognizing you? Well, all these questions cannot be easily answered unless we deepen our knowledge on this issue. So let’s start from the beginning.

(Definition:) A soulmate is a person with whom one instantly feels a deep, karmic & natural affinity.

Therefore, we don’t define a Soulmate as a regular person. More like a lost yet essential part of us. So this brings us to the roots of this belief. Where do all ‘soulmate conversations’ come from? Well, they come from Plato’s ‘Symposium‘. In this magnificent and classic piece of literature, Plato vividly and comically portrays big truths about this world and the Spirit Realm. Sometimes, this comes in a form of hypothesis or parables in order to make the points quite strong. So, in Symposium, the Father of Comedy, Aristophanes, first talks about soulmates.

At that time the human race was considered extremely happy and powerful. It was a golden age for mankind yet this led to pride and the belief that they could conquer even gods. Therefore, some deities demanded that they should be fought exactly like the Titans, striking them down with lightning as it happened before. However, Zeus who loved mankind very much, decided to find a more ‘gentle’ solution. He cut all humans in half.

These ‘half-beings’ instantly lost their power making them extremely miserable, waking the Earth feeling ghost-like memories of their former existence. Fortunately, Apollo decided to bless mankind once again, reconstructing their bodies using ‘elements’ of their existing form. Now each human has one set of genitalia, ever looking for the other half of their soul which is also wandering on the earth desperately also looking for the other half.

Not all humans are blessed be the ‘Fates‘ to find their other half. Therefore, only a few succeed. Once it happens, an instant connection is felt, an unspoken magnetic like attraction, which brings those two together.

It is said, that there is no greater joy than finally meeting your other half.

Although the story of Plato is quite clear and the message is pretty straight-forward, there are some points that needed to be clarified. Occult schools teach all humans are connected with a ‘higher self‘. This is an enlightened ‘mastermind’ which helps, advice and guides all humans. The ‘Higher Self’ is connected with the Divine Source in a better and more stable way what the living humans as they are no infiltrations from the Material Realm or other parasitic entities. Think of the Higher Self as a Guardian Angel, only it is not a separate entity, it’s your truest nature.

However, the Higher Self (usually) connects more than one humans. Think that there are somewhere in the World, someone who ‘shares’ that same Higher Self as you!

Therefore, one Higher Self, can ‘connect’ 1, 2 or more people. Most of the times, it’s more than one living humans. The ones connecting only one higher self are the ‘living Buddhas’ the ones who are already ‘whole’!

So this brings us to the popular Soulmate questions:

Yes! Since the ‘essence’ of your existence can be ‘connected’ with more that one living humans.

No! Unfortunately, it has to do with many parameters and karma!

Yes! I for example know for sure, that my other half is not amongst the living!

Yes! But this some times comes with a ‘price’ as all this unbelievable energy could not handled with caution. 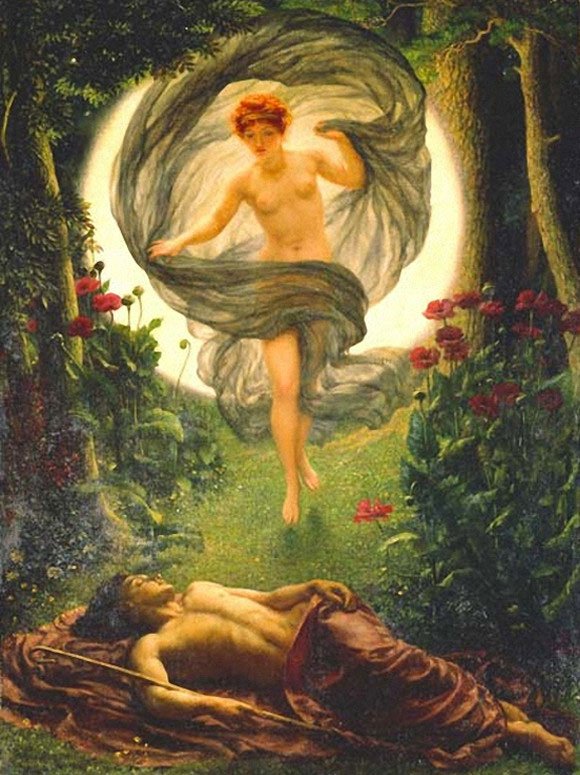 Why My Soulmate can’t Find Me?

Providing you do look for your Soulmate and not just sit on your home watching TV, sometimes it feels difficult. So Why My Soulmate Can’t Find Me? To answer the reasons, you may also think of the possibility that you are the one who can’t recognize your soulmate…

1. Fates are currently working on it.

It may feel like the exact opposite but Fates are actually trying to help you. Karma works for you and not against you. The Goddesses of Destiny work for your benefit, using the ‘elements’ of your deeds, thoughts, and actions.

Finding your Soulmate is a liberating and intense experience. Many have found their other halves, yet some of them ended up broken or even destroyed their lives. Fates try to make sure that you can handle it, and use this energy in order to free yourself from your karmic burden!

Advice: Make sure you believe in yourself and build your self-confidence. Find your soulmate is not giving, but actually liberating yourself!

Sometimes, the stars and the omens tell us to be patient. The ‘Grand Design’ is extremely complex and one can be really wise in order to decipher its subtle rules. However, ‘active patience’ is the key. Don’t just hold back yet do not become obsessive with it. One can become really happy and reach the gates of Enlightenment without meeting his/her Soulmate!

Advice: Make sure you are ready, and let the Stars show you the way!

Magical Recipes Onlinehttps://www.magicalrecipesonline.com
Magical Recipes Online consists of a core team of 4 people who have dedicated their lives to bring Magic to a wider audience, to teach and to be taught, to help everyone in our World tap to the Great Source of All Things and bring happiness and love into their lives. We are everyday ordinary people who have lead extraordinary lives. We have heard our call to Magic from a young age but followed different directions.
- Advertisment -