Zodiac Signs With Emotions And Opening Up 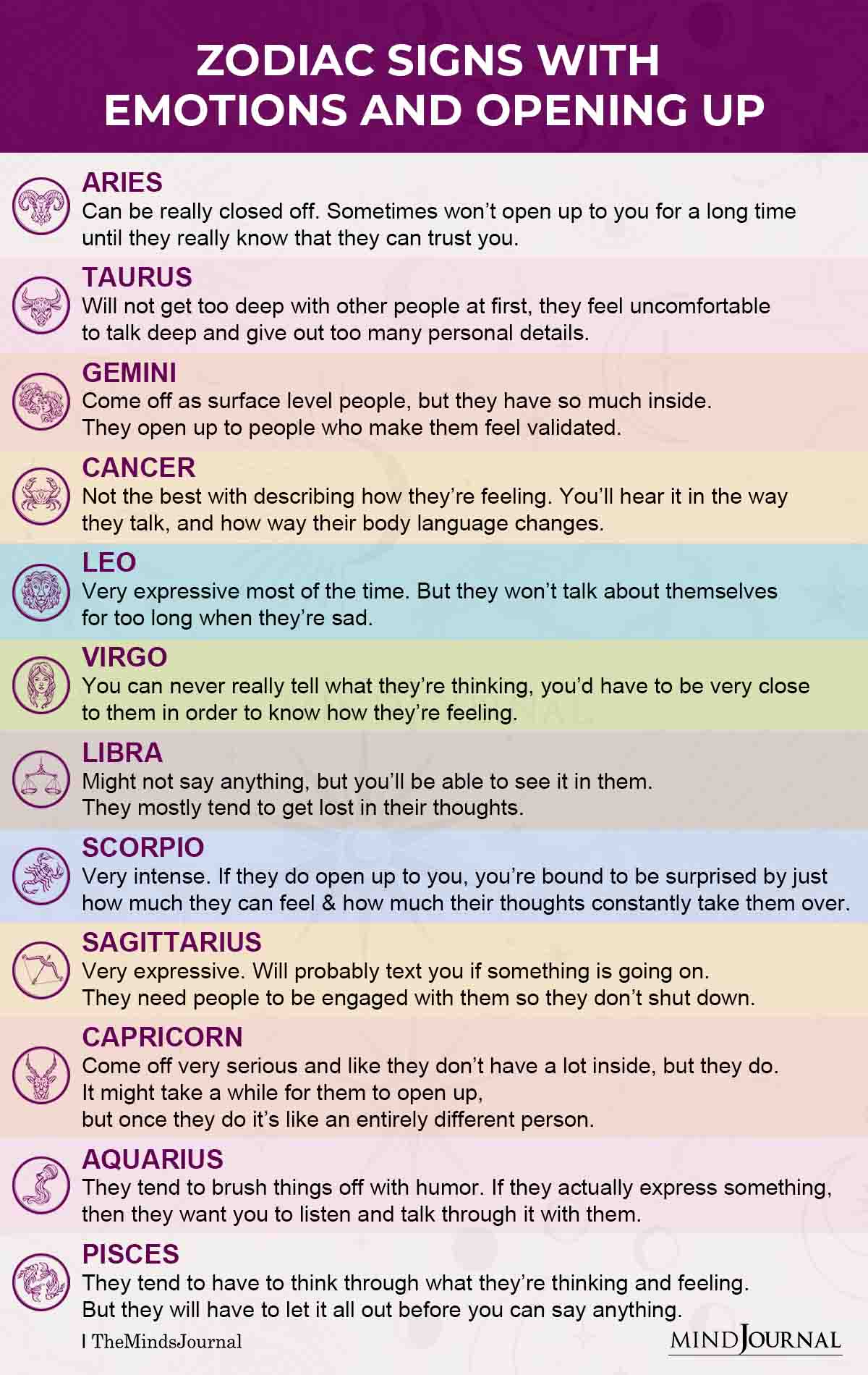 Zodiac Signs With Emotions And Opening Up

Aries: Can be really closed off. Sometimes won’t open up to you for a long time until they really know that they can trust you.

Taurus: Will not get too deep with other people at first, they feel uncomfortable to talk deep and give out too many personal details.

Gemini: Come off as surface level people, but they have so much inside. They open up to people who make them feel validated.

Cancer: Not the best with describing how they’re feeling. You’ll hear it in the way they talk, and how way their body language changes.

Leo: Very expressive most of the time. But they won’t talk about themselves for too long when they’re sad.

Virgo: You can never really tell what they’re thinking, you’d have to be very close to them in order to know how they’re feeling.

Libra: Might not say anything, but you’ll be able to see it in them. They mostly tend to get lost in their thoughts.

Scorpio: Very intense. If they do open up to you, you’re bound to be surprised by just how much they can feel and how much their thoughts constantly take them over.

Sagittarius: Very expressive. Will probably text you if something is going on. They need people to be engaged with them so they don’t shut down.

Capricorn: Come off very serious and like they don’t have a lot inside, but they do. It might take a while for them to open up, but once they do it’s like an entirely different person.

Aquarius: They tend to brush things off with humor. If they actually express something, then they want you to listen and talk through it with them.

Pisces: They tend to have to think through what they’re thinking and feeling. But they will have to let it all out before you can say anything. 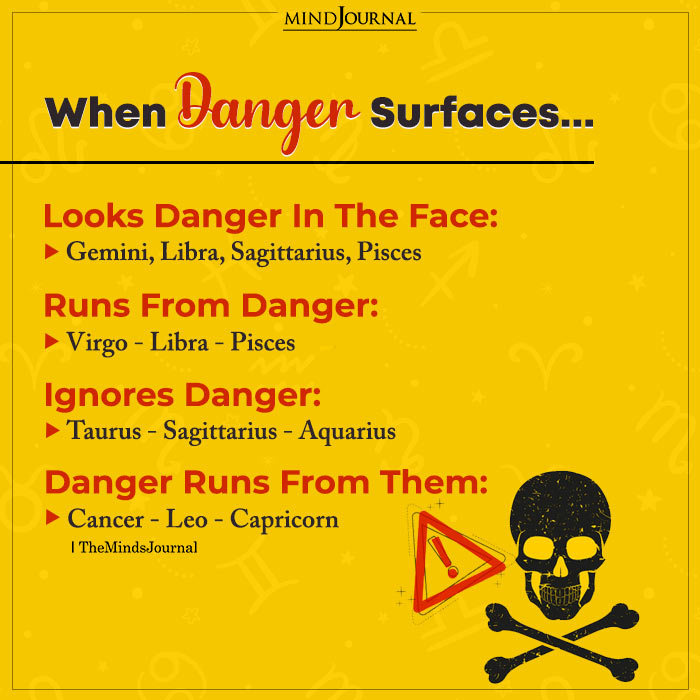 What is your first instinct to danger? 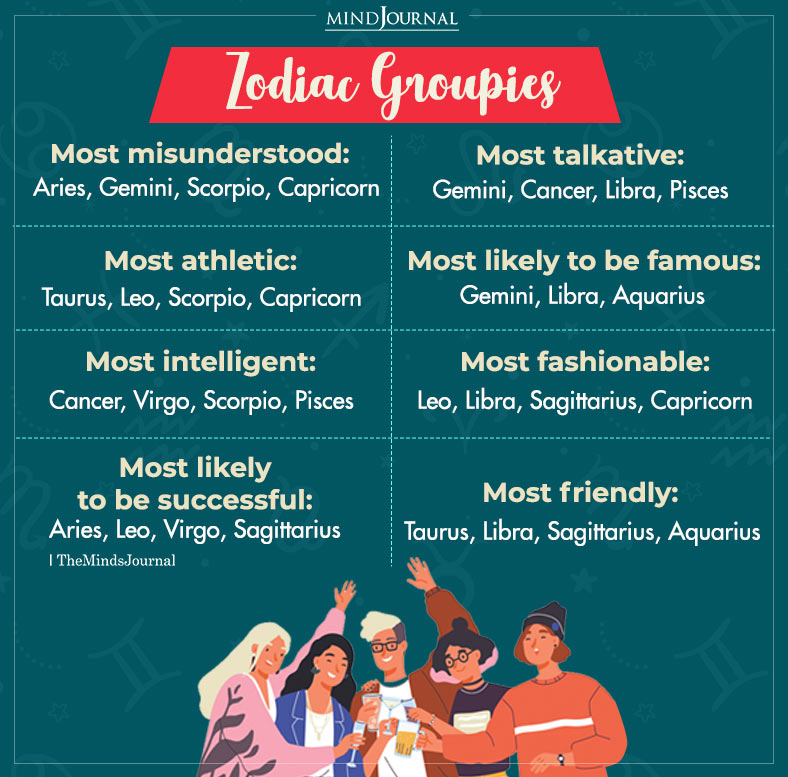 Which one is your zodiac groupie? 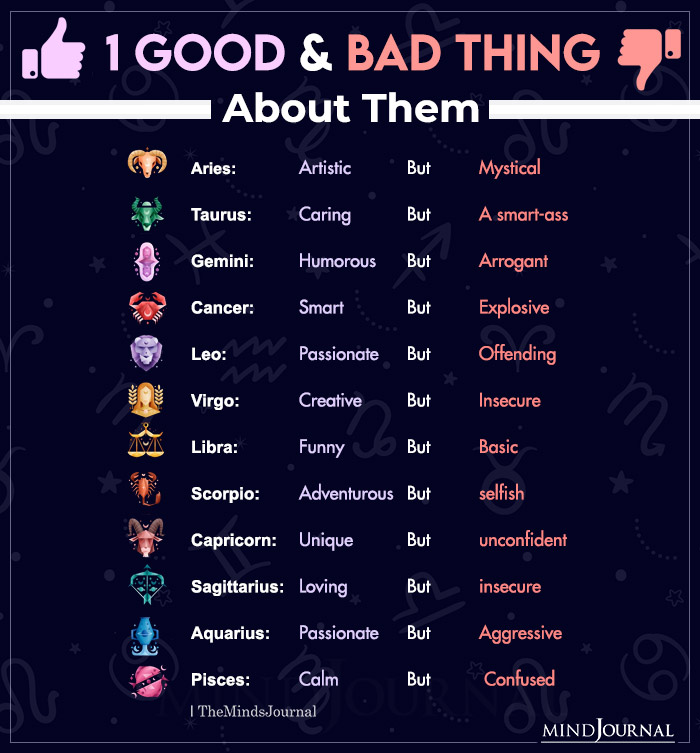 1 Good and Bad Thing About The Zodiac Signs

What’s one good and bad thing about your zodiac? 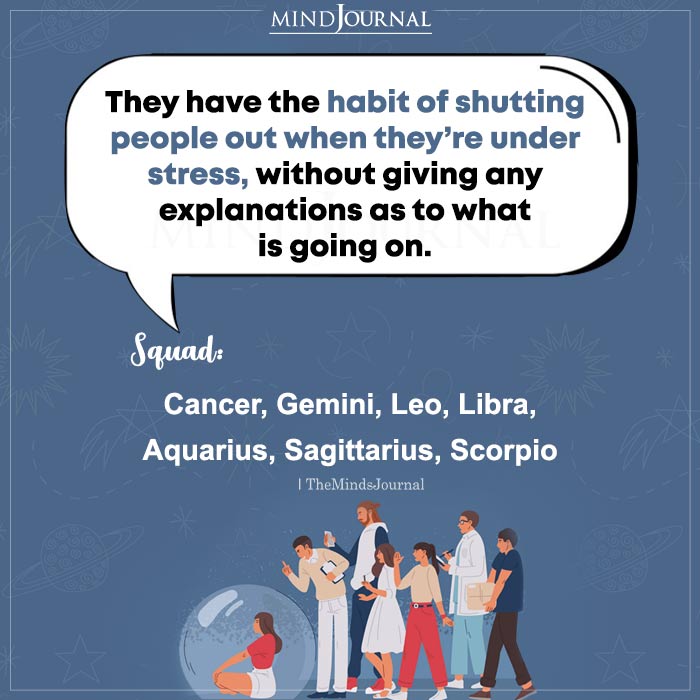 They Have The Habit Of Shutting People Out 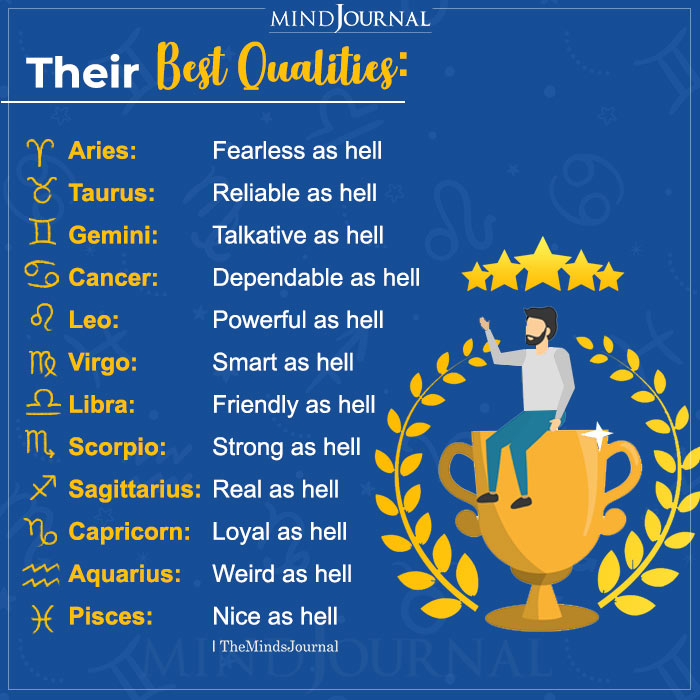 Zodiac Signs And Their Best Qualities 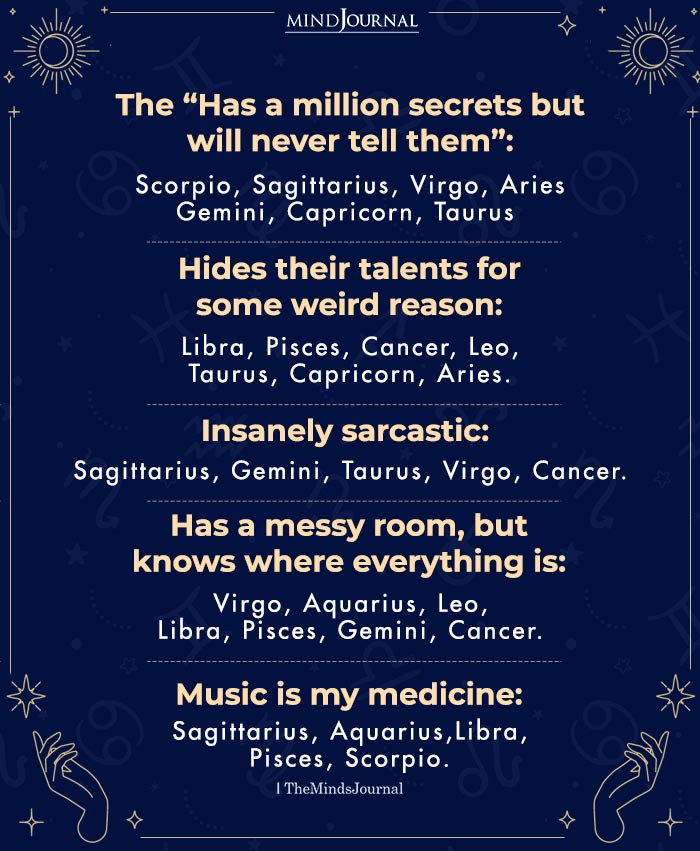 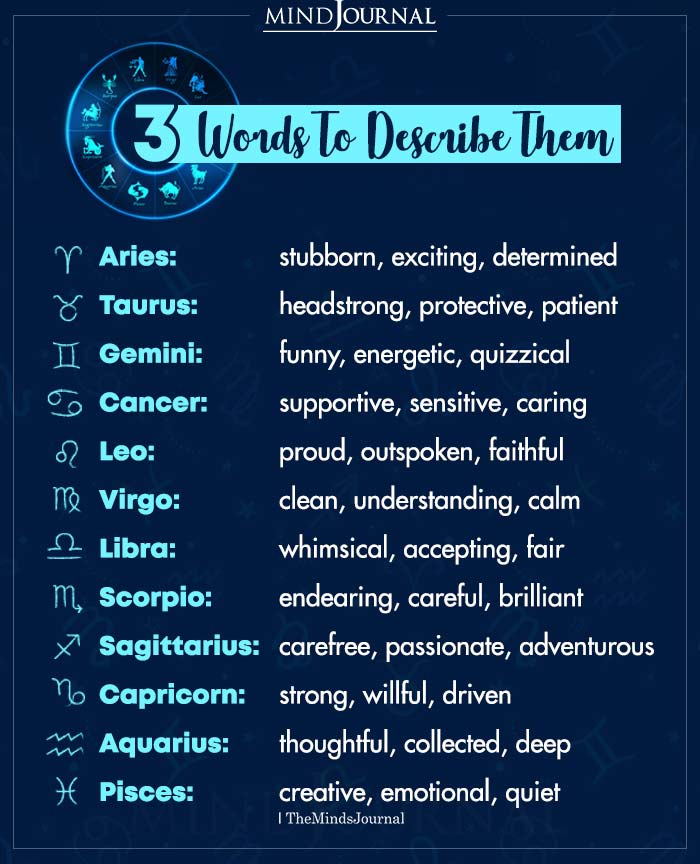 3 Words To Describe The Zodiac Signs

What are the words that describe you best? 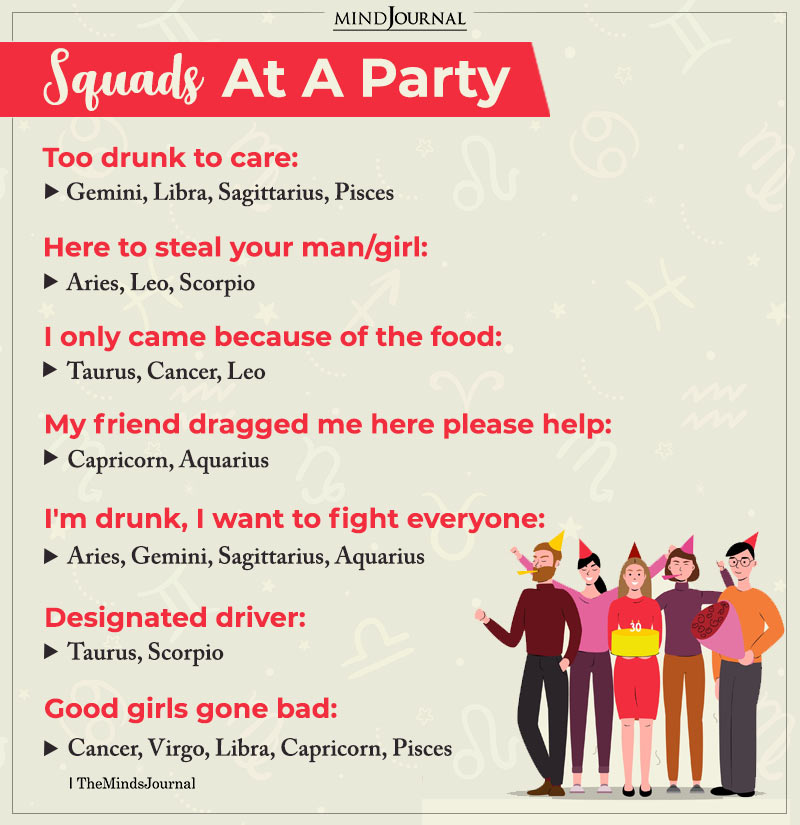 Zodiac Signs As Squads At A Party

Which squad do you and your friend belong to? Tag them! 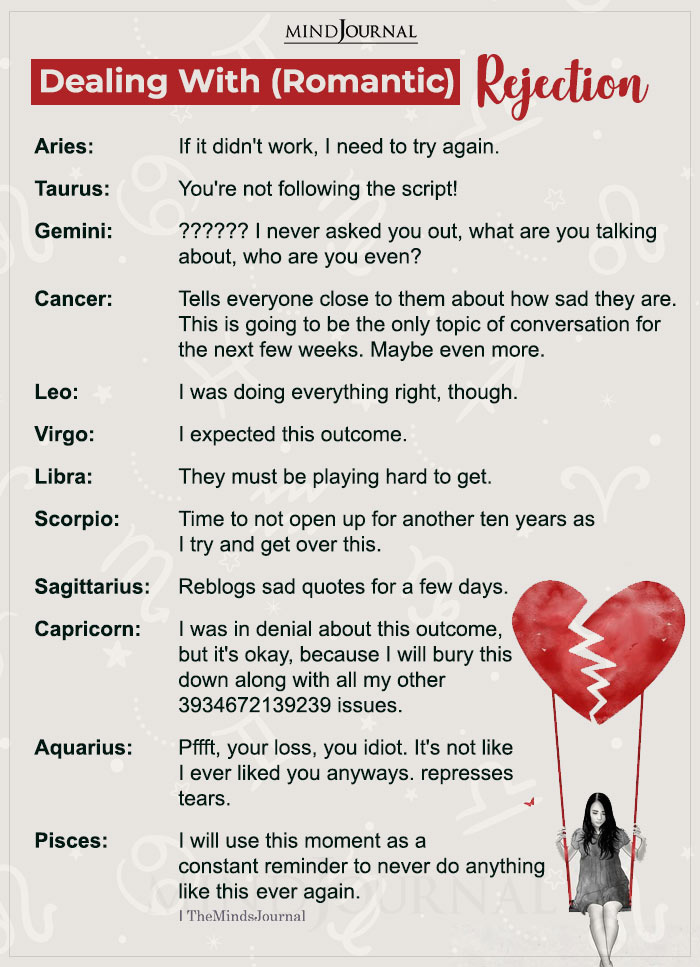 How do you handle rejection? 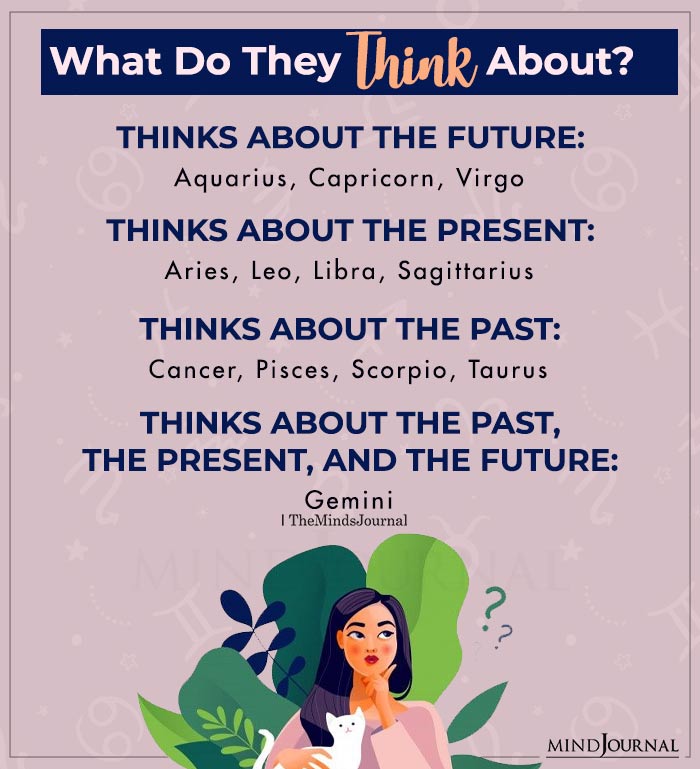 What Do Zodiac Signs Think About

What do you think about? 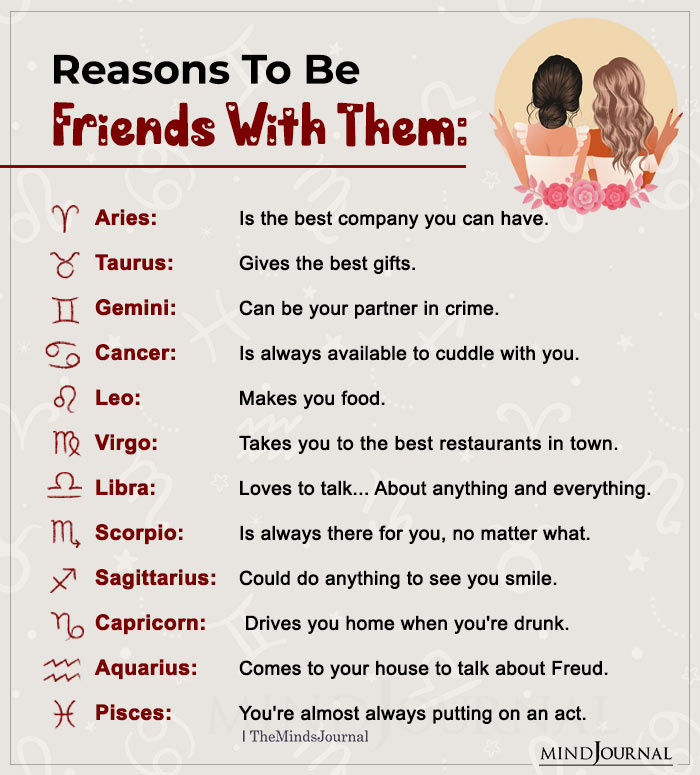 Reasons To Be Friends With The Zodiac Signs 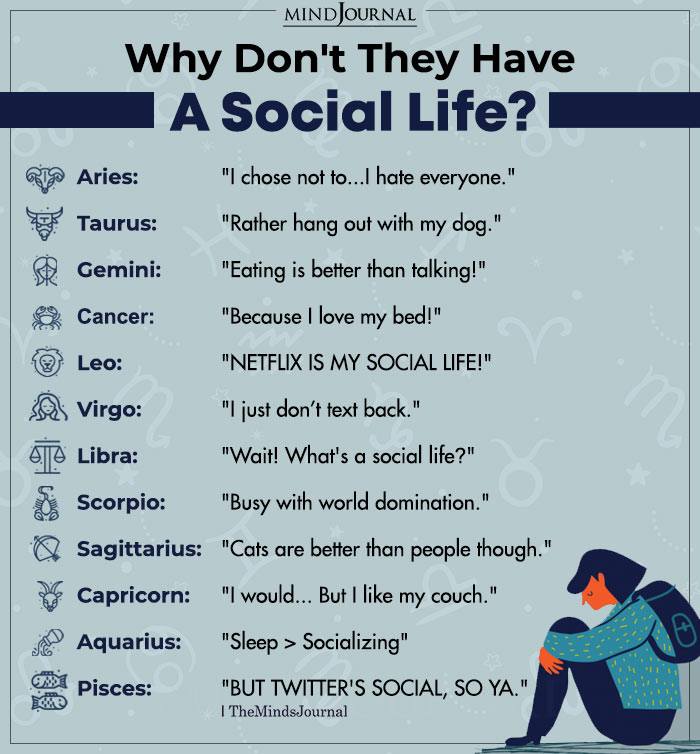 Why Don’t Zodiac Signs Have A Social Life