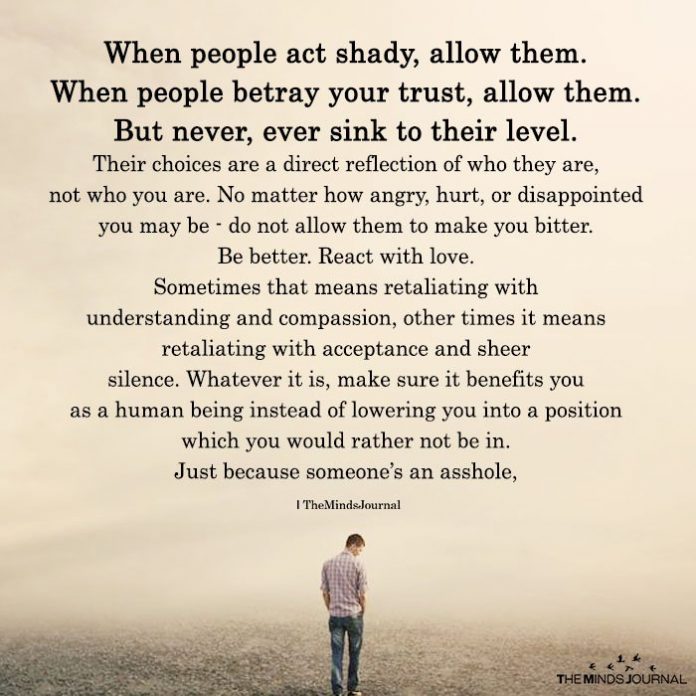 When People Act Shady, Allow Them

When people act shady, allow them. When people betray your trust, allow them. But never, ever sink to their level. Their choices are a direct reflection of who they are, not who you are. No matter how angry, hurt, or disappointed you may be – do not allow them to make you bitter. Be better. React with love. Sometimes that means retaliating with understanding and compassion, other times it means retaliating with acceptance and sheer silence. Whatever it is, make sure it benefits you as a human being instead of lowering you into a position which you would rather not be in. Just because someone’s an asshole.

Amen to this girl xx

Throughout the years I have learned three major things

It is what it is and life goes on.
Read more
Teach Me Life

Talking to someone with an open mind

Maybe you should stop overthinking so much