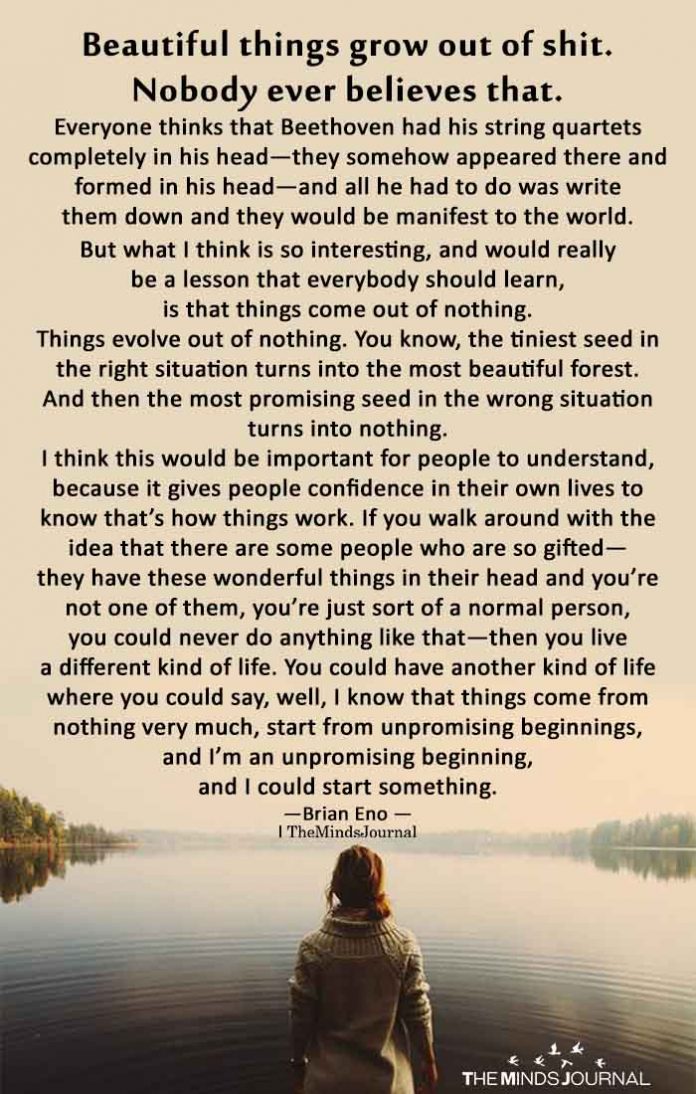 Beautiful Things Grow Out Of Shit. Nobody Ever Believes That

Beautiful things grow out of shit. Nobody ever believes that.

Everyone thinks that Beethoven had his string quartets completely in his head—they somehow appeared there and formed in his head—and all he had to do was write them down and they would be manifest to the world.

I think this would be important for people to understand because it gives people confidence in their own lives to know that’s how things work. If you walk around with the idea that there are some people who are so gifted—they have these wonderful things in their head and you’re not one of them, you’re just sort of a normal person, you could never do anything like that—then you live a different kind of life. You could have another kind of life where you could say, well, I know that things come from nothing very much, start from unpromising beginnings, and I’m an unpromising beginning, and I could start something.

Only When Normal Things Are Not Normal

You don't know what you've got until it's gone.
Read more
Thought Cloud

I don't mean to be a beach but I need to get to one.
Read more
Thought Cloud

Those who escape hell however never talk