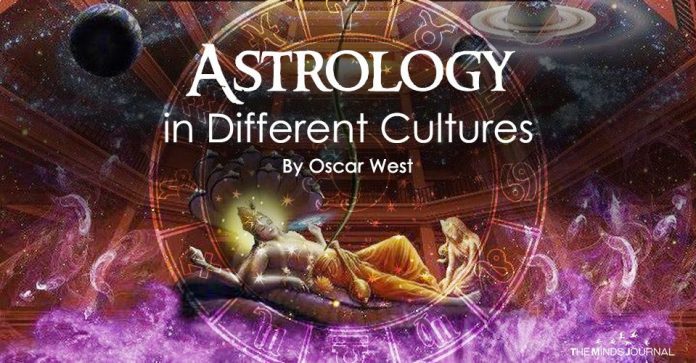 When things go wrong in your life, you might reckon that it could be because of the bad choices you make. But when random things happen to you without you lifting any finger, then you think there might be mysterious forces in the universe that conspired to make them happen.

This, perhaps, is the simplest way to describe what astrology refers to. But in reality, astrology is an interestingly complex subject that also influences cultural groups in many different ways.

In this post, we’ll take a look at astrology as practiced in three different cultures around the world.

For those in Western countries, this is probably the most popular form of astrology, as you can read it in horoscopes published in newspapers and magazine columns. Its focus is on sun signs, which gives it a rather tip-of-the-iceberg nature since it only represents a small fraction of the full astrology chart.

Historically, Western astrology goes as far back as 2300 BC, starting in ancient Mesopotamia and making its way into ancient Greece around 600 BC. However, it was during the period of Hellenistic culture when the study, development, and acceptance of astrology became widespread with the concepts of horoscopes and zodiacs, as we know them today, being introduced at the time.

The central principle of Western astrology is integration within the cosmos. To help you better understand it, you need to be familiar with the other core principles and main terminologies associated with Western astrology.

The 12 Signs of the Zodiac

Looking at the chart below, you will see that the 12 signs of the zodiac are further divided into a corresponding house, with Aries in the first house, and ruling planets to determine its energy. 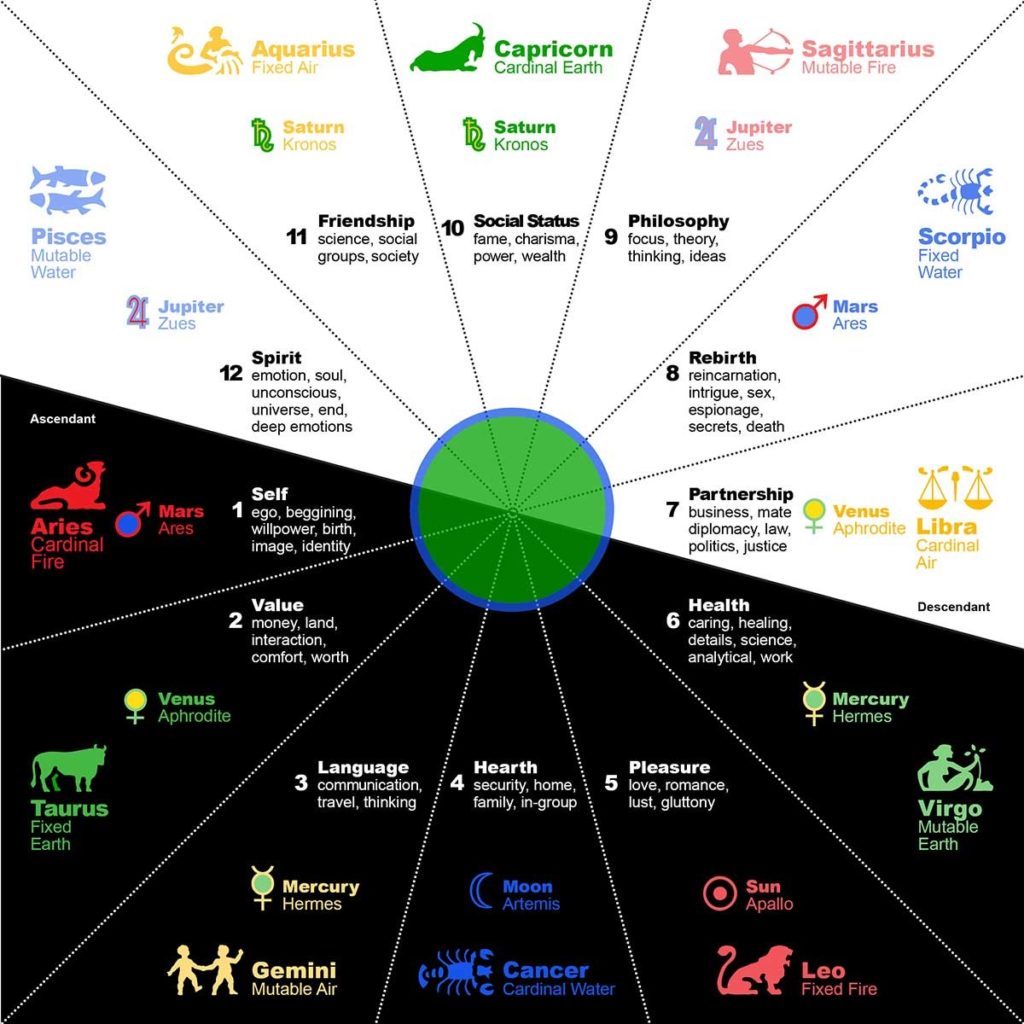 In a nutshell, Western astrology can help you identify a sign by understanding the house, planet, god, element, mode, and polarity associated with it. Thus, you would come across personality tests that are based on astrological symbols and the meanings they represent.

We all know China as the birthplace of some of the most popular schools of thought such as Confucianism and Taoism, but did you know that astrology is also one of its major contributions to mankind?

Chinese astrology is based on and tied to astronomy—the study of the positions, motions, and properties of objects in the universe, which flourished during the Han Dynasty.

Aside from being closely related to Chinese philosophy, Chinese astrology also takes a lot of elements such as traditional Chinese astronomy and calendars which are concepts not found in Western astrology—making it a very comprehensive form of astrology.

Each of the 12 animals in the Chinese zodiac appears in the Chinese calendar in a cycle of 12 years following this order: Rat, Ox, Tiger, Rabbit, Dragon, Snake, Horse, Goat, Monkey, Rooster, Dog, and Pig.

Oscar Westhttps://astrology.com.au
Oscar West is an astrology geek and (self-proclaimed) cool dad who likes sharing his passion in philosophy and astrology. Aside from writing blog posts about everything under the sun, he also does social media consulting for small businesses and tries to learn how to code in his free time. When he's not contemplating about the meaning of life, you can usually find him roughhousing with his kids or indulging in his favorite ube-flavored ice cream.
-Adverts-

Mudras are hand gestures that stimulate energy flow in the body. Here are 5 yoga mudras that can help you heal ailments and live healthier.
Read more
Spiritual