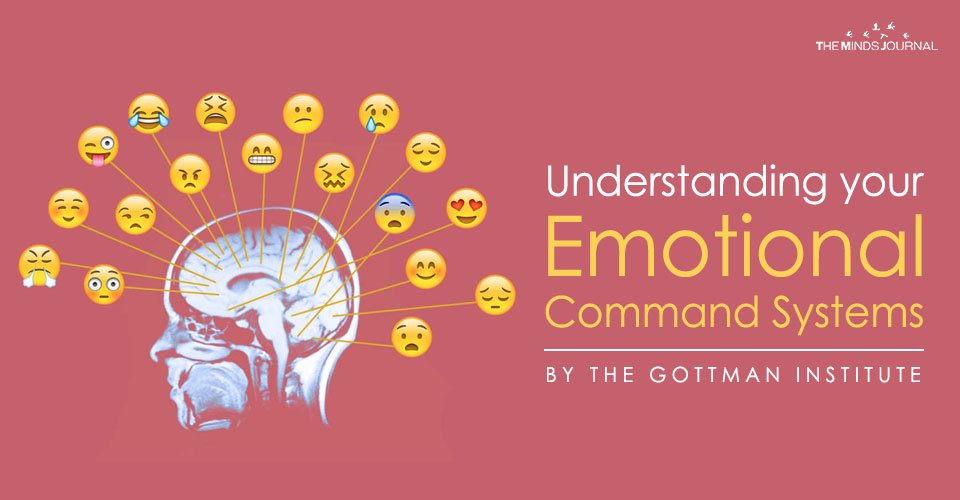 According to research conducted by neuroscientist Dr. Jaak Panksepp, there are seven distinct “emotional command systems” believed to be present in each person’s brain.

Each command system coordinates the emotional, behavioral, and physical responses needed for certain functions related to survival, including rest, procreation, and self-defense.

Dr. Gottman has given these systems labels like “Sensualist” and “Commander-in-Chief” to help people understand how each one functions. As he explains in The Relationship Cure, acknowledging emotional similarities and differences in your relationships is an important part of bidding and responding to bids for emotional connection.

The seven emotional command systems and what they’re responsible for are:

Each system is key in your ability to respond to threat, fall in love, or be playful.

These different command systems often work together to achieve a goal.

For example, the Energy Czar might call upon the Explorer to search for food or the Nest Builder may utilize the Sentry to protect her child and look out for danger.

How your emotional command systems are formed

Your command systems are shaped by your temperament and family of origin. So, if you were raised in a family where your parents were always on the lookout for danger, you likely have a more highly developed Sentry system than someone who was raised in a home that was focused more on the play, joking, and laughing, resulting in a more evolved Jester system for that person.

Your life experiences also influence the development of your emotional command systems. As Dr. Gottman explains in The Relationship Cure, “our environment actually affects the way nervous pathways in the brain get built.” For example, the amount of wrestling and tickling a child gets may affect the formation of the system that coordinates play – the Jester.