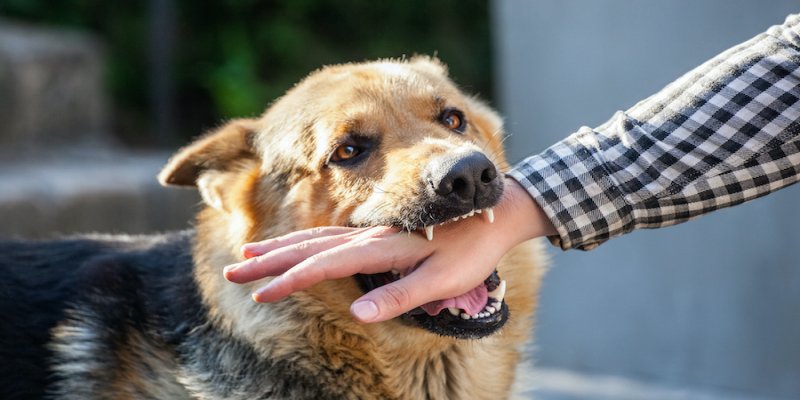 Being bitten by a dog can not only cause physical injuries. It can also cause victims to suffer emotional trauma.

What to Do if You’re Bitten by a Dog

Before looking at the symptoms of emotional trauma that people can experience after a dog bite, it’s worth noting what you need to do if a dog should bite you.

Unless it’s an extremely trivial bite, in which case you should clean it, apply antiseptic, and cover it with a Band-Aid or bandage, you should always seek medical advice. And if your tetanus jabs aren’t up to date, you should see a doctor and make an appointment to have a booster.

If the dog bite wound is serious, such as it is bleeding heavily, you should get to accident and emergency as soon as possible.

Also, if someone else was liable for the dog bite, you may be able to gain compensation to cover things like medical bills and loss of earnings. So, get in touch with an experienced lawyer.

Furthermore, this dog bite attorney doesn’t charge you any fees unless financial compensation is recovered on your behalf.

While post-traumatic stress disorder is well-known for affecting servicemen and servicewomen who have returned from war, people can develop the condition after experiencing a number of other traumatic events.

Being bitten by a dog is one thing that can cause people to suffer from PTSD.

Symptoms of PTSD in people who have been bitten by dogs include avoiding certain places, people, and objects that are reminiscent of the event, reliving the event through flashbacks over and over again, and experiencing a host of mood changes.

Sufferers of PTSD after dog bites can also become medically depressed and paranoid. They could experience confusion, a lapse in memory, and insomnia, as well. Hyperarousal is another common symptom.

Cynophobia is the fear of dogs.

Even if people have been dog lovers all their lives, after they have been attacked and bitten by a dog, they can potentially develop cynophobia, which is persistent and irrational, but understandable.

People who have cynophobia can be triggered by something as simple as a dog barking in the distance.

People who have been bitten by dogs can also develop agoraphobia, which is fear or anxiety that is experienced when attempting to leave the house, and in other places or situations.

Dog bites can lead to immense emotional trauma. So, when victims get PTSD, they can sometimes develop the secondary condition of agoraphobia.

If the victim of a dog bite is left with physical scars as well as emotional ones, he or she could develop body dysmorphia.

With noticeable scarring, people can feel shame or guilt about their bodies and appearance; even if they have reconstructive surgery.

The fact that children have not yet fully developed emotionally, as well as the fact that a dog looks huge to small kids, can also make the emotional trauma worse in children.

Along with PTSD, cynophobia, agoraphobia, and body dysmorphia, children can develop symptoms like crying, clinging to parents, and bedwetting.

They could also become obsessed with acting out the dog attack when they play. Sometimes, child victims of dog attacks can even see a reversion of their developmental milestones, such as forgetting language skills.