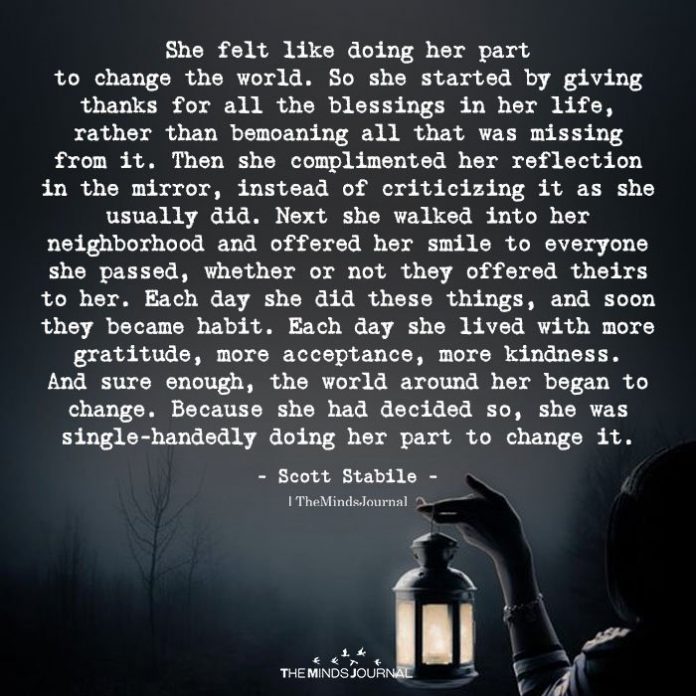 She Felt Like Doing Her Part To Change The World

She felt like doing her part to change the world. So she started by giving thanks for all the blessings in her life, rather than bemoaning all that was missing from it. Then, she complimented her reflection in the mirror, instead of criticizing it as she usually did. Next, she walked into her neighborhood and offered a smile to everyone she passed, whether or not they offered theirs to her. Each day she did these things, and soon they became habit. Each day she lived with more gratitude and acceptance, more kindness. And sure enough, the world around her began to change. Because she had decided so, she was single-handedly doing her part to change it. <3

The Ones Who Notice The Storm

They're there to be with you through the worse days.
Read more
Love Quotes

Each Of Us Is A Story

Maybe you'll find yourself in the next chapter of mine.
Read more
Love Quotes

It doesn’t matter how passionate it is

May you experience love and all it's components.
Read more
wpDiscuz
5
0
Would love your thoughts, please comment.x
()
x
| Reply