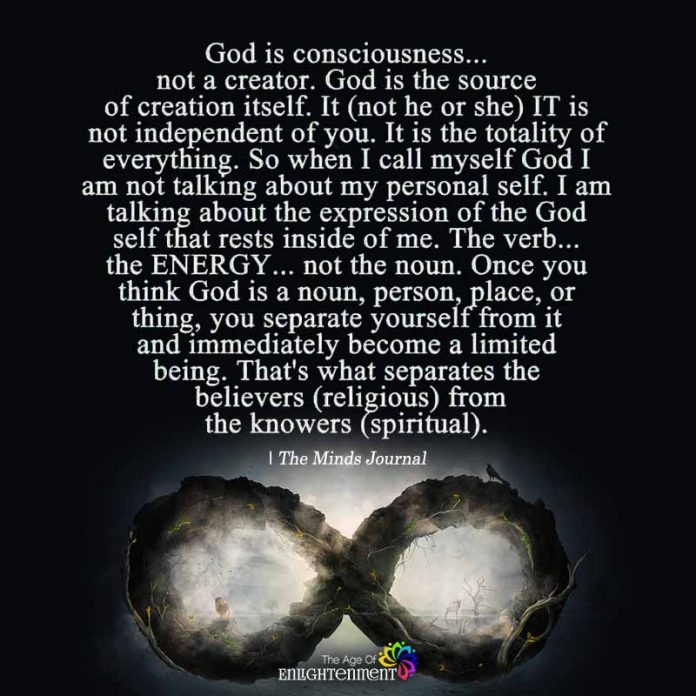 God Is Consciousness…Not A Creator

God is consciousness, not a creator, but the source of creation itself. God is not independent of you but the totality of everything. So when I say that I am a “God” I’m not referring to my personal self. I’m referring to the expression of the God self that resides inside of me. The verb, the “energy” not the noun. Once you think God is a noun, person, place or thing, you separate yourself from it and immediately become a limited being. There is nobody coming, God sent you. That’s the difference from the believers (religious) and the knowers (spiritualists).

Abdulla, you are part of… Read more »

That perception is comical.

If you believe in god… Read more »

Soulmates come in the form of friends

Connection and chemistry is much greater than romance.
Read more
Spiritual Seeker

Karma Says If You Focus On Hurt

It all comes down to your perception.
Read more
Spiritual Seeker

Can We Please Stop Associating Being A Good Person

Can We Please Stop Associating Being A Good Person
Read more
wpDiscuz
39
0
Would love your thoughts, please comment.x
()
x
| Reply