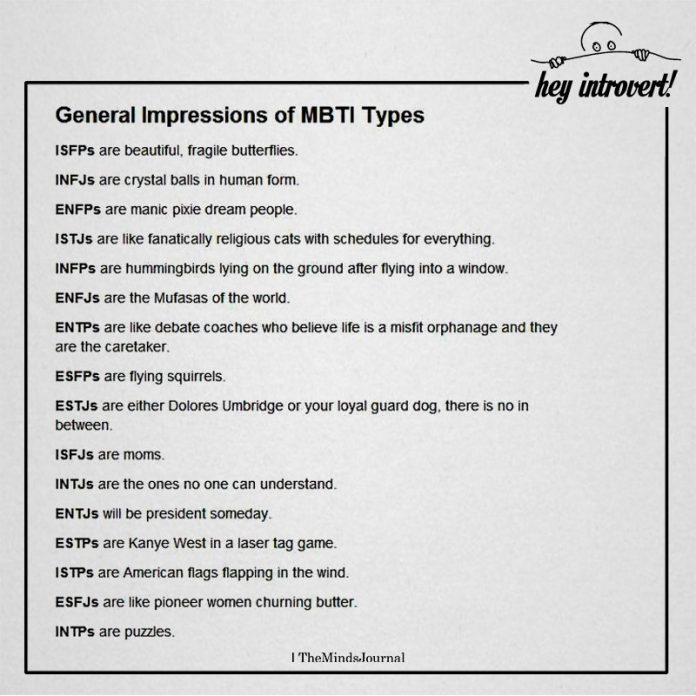 ISTJs are like fanatically religious cats with schedules for everything.

INFPs are hummingbirds lying on the ground after flying into a window.

ENFJs are the Mufasas of the world.

ENTPs are like debate coaches who believe life is a misfit orphanage and they are the caretaker.

ESTJs are either Dolores Umbridge or your loyal guard dog, there is no in between.

INTJs are the ones no one can understand.

ENTJs will be president someday.

ESTPs are Kanye West in a laser tag game.

ISTPs are American flags flapping in the wind.

We get a whole experience off what others merely take for granted.
Read more
Introverted Thoughts

The things that make me Different

Don't tell me to change from everything that makes me who I am.
Read more
Introverted Thoughts

When you build in silence