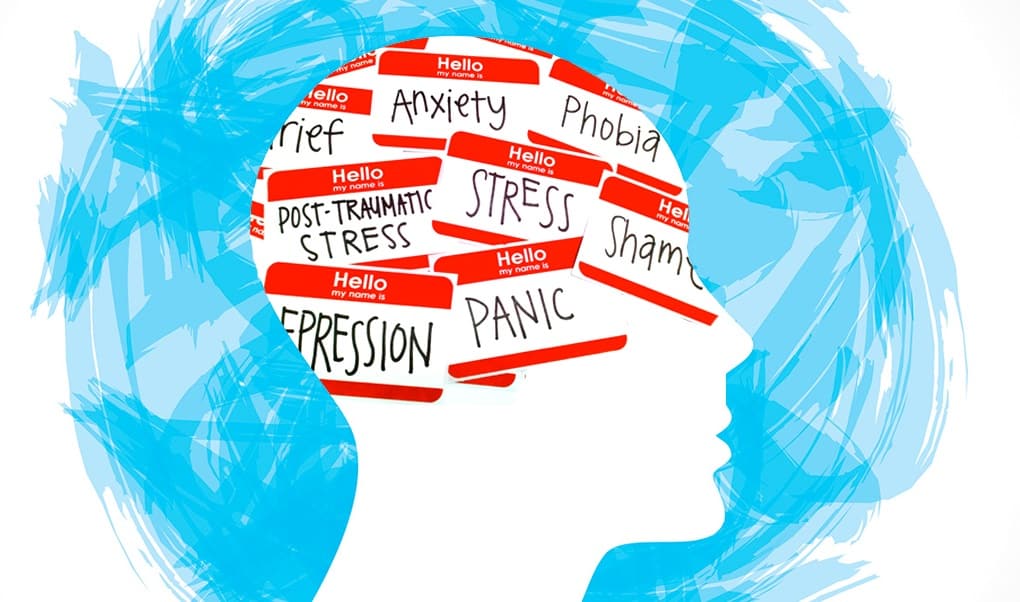 In the past, mental illness was something of a taboo subject. Even though many people suffered from the symptoms of mental health problems like anxiety, depression, PTSD, and stress, few people felt free and open to share their thoughts and feelings with the world or to ask for help from doctors, friends, and family.

Fortunately, in recent years, attitudes on mental health have begun to shift in some big ways, the standards of mental health treatment have vastly improved, and countless more people have been able to open up, sharing how they feel and getting the help they need.

However, there is still a lot of confusion around mental health, and many more people still suffer in silence, with a lot of work still to be done in order to educate the world about the risks, causes, symptoms, and potential treatment options for mental illness. This guide will go over some of the common causes and risk factors.

Mental health problems can have a huge range of different causes:

Studies have shown that people who have a history of mental illness in the family may be more likely to develop mental illness later in their own lives. Additional research still needs to be done to find out how big of role genes may have to play in this, but various scientific papers have concluded that certain common genetic factors are found in cases of mental disorders.

Studies have also shown that certain types of infections can lead to mental health problems as a side effect. This happens when the infection causes some sort of damage to the brain. For example, the Streptococcus bacteria can cause a condition known as pediatric autoimmune neuropsychiatric disorder and this can lead to the development of obsessive-compulsive disorder in children.

Incidents of major physical trauma have been known to induce symptoms of mental illness and lead to various mental health disorders too. For example, burn victims from chemical or building fires may suffer from PTSD, or people who are in car accidents might develop newfound phobias or anxieties associated with driving.

The feelings, thoughts, and sensations we experience are primarily a direct result of our brain chemistry. The brain is an immensely complex organ, and there’s still a lot we don’t know about it, but we do know that it has a huge impact on how we feel, with various chemicals known as neurotransmitters helping to control and regulate our emotions. If these chemicals become imbalanced due to injury or impairment, we can feel the side effects as depression, anxiety, stress, and so on.

A person’s lifestyle can also have a huge bearing on their chances of developing a mental illness of some sort later in life. People who have hectic jobs, for example, might be more prone to developing stress and anxiety, while those who don’t get much sleep can be at a higher risk of fatigue-induced mental disorders. Even factors like your diet and exercise regimen can play a part.

Substance abuse is another factor that has been linked to the development of mental illness in many people. Those who heavily make use of different types of drugs can end up suffering from mental health problems like anxiety and paranoia, for example, and drinking too heavily or becoming alcohol dependent may also lead to various mental health symptoms and side effects.

A History of Abuse –

Someone who has been either physically or mentally abused in their own lives may also be likely to suffer from a mental illness of some sort. A lot of people with mental problems later in life find that the root cause of their issues was the abuse they suffered as children or as teens, for example, but it’s also possible for abused adults to develop a wide range of mental disorders too.

There are a huge number of different risk factors that may increase a person’s chances of developing mental disorders in their lives. Here are some of the most common:

It’s important to remember that mental illness is very common. Millions of people struggle with some sort of mental health problem every day, and statistics show that 1 in 5 adults has a mental illness each year. It can happen at any time of life, and it can happen regardless of the sort of life you lead.

Even people who appear successful and happy on the outside may be struggling on the inside, and those in a wide range of situations and circumstances may find themselves suffering from feelings of fear, isolation, sadness, loneliness, and anxiety.

These feelings can be immensely difficult to deal with, but it’s important to remember that you don’t have to suffer alone. In the modern world, mental health care is advancing at a rapid rate, with psychologists and other medical mental health professionals ready to help.

So if you or anyone you know happens to be suffering with mental health problems or symptoms of any kind, be sure to speak out about it to someone you trust and start getting the aid you need.