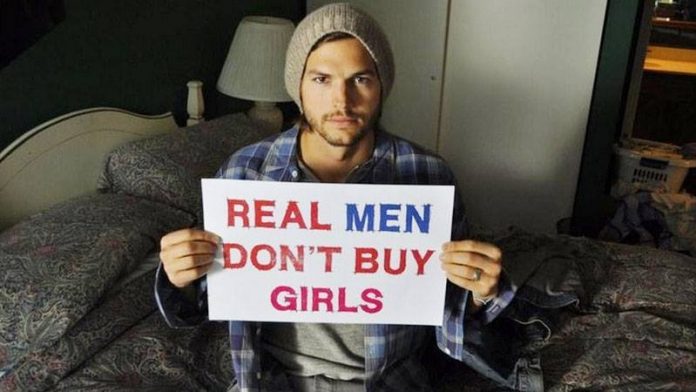 Ashton Kutcher Rescued 6000 Sex Trafficking Victims. Almost All Of Them Had Something In Common…

Actor, activist and businessman Ashton Kutcher visited “The Today Show” this week to speak with hosts Kathie Lee and Hoda about the new season of his Netflix original series, “The Ranch.”

But what he was most interested in talking about was his organization’s work to end human sex trafficking and child pornography.

In the interview, Kutcher tells the hosts about Thorn, the organization he began with his ex-wife, actress Demi Moore, in 2008.

Through his work with Thorn, Kutcher has learned that almost all sex trafficking victims have one thing in common—they’re targeted online:

Thorn’s self-described mission is “to drive tech innovation in the fight against trafficking.” On the organization’s website, it explains just how it goes about its work:

“We partner across the tech industry, government and NGOs and leverage technology to combat predatory behavior, rescue victims, and protect vulnerable children. The site also lists 20 members of what it calls The Thorn Technology Task Force, comprised of technology companies that lend their knowledge, time and resources to the work that we do. Facebook, Google, Microsoft, Yahoo, and Adobe are listed among the names who are helping Thorn’s cause.”

So far, Thorn has been a quiet success, with some impressive, real-world numbers to back up its mission statement, as Kutcher explains:

But Kutcher says he and his organization aren’t stopping there — they’re also working towards a truly ambitious humanitarian goal:

“Our next battle, my next commitment…I’m going to make a pledge that I’m going to eliminate child pornography from the internet.”

Disturbing data which the organization compiled shows that everyday sites like Craigslist are frequently used as a means of doing business in the illegal sex industry.

Even more terrifying is that in 2015, 75% of child sex trafficking survivors Thorn surveyed were sold online at some point.

Asia, a survivor who spoke to Thorn during last year’s survey, told the organization:

“People are posted and sold online multiple times a day. As far as the ad that was posted up [for me], there was a girl who eerily looked like me…just [like] you can go find a car, there was a picture, and a description, and a price.”

Anti-human trafficking group Polaris reports that The International Labor Organization estimates 4.5 million people are currently working against their will for sex traffickers. And the underground sex economy in 2014 was worth $290 million in Atlanta, Georgia, alone, according to an Urban Institute study.

Why is Kutcher so involved… Read more »

Here're best books that will make your child crave for books just like they crave for screen time.
Read more
wpDiscuz
47
0
Would love your thoughts, please comment.x
()
x
| Reply