5 Ways You Can Win Against A Controlling Narcissist 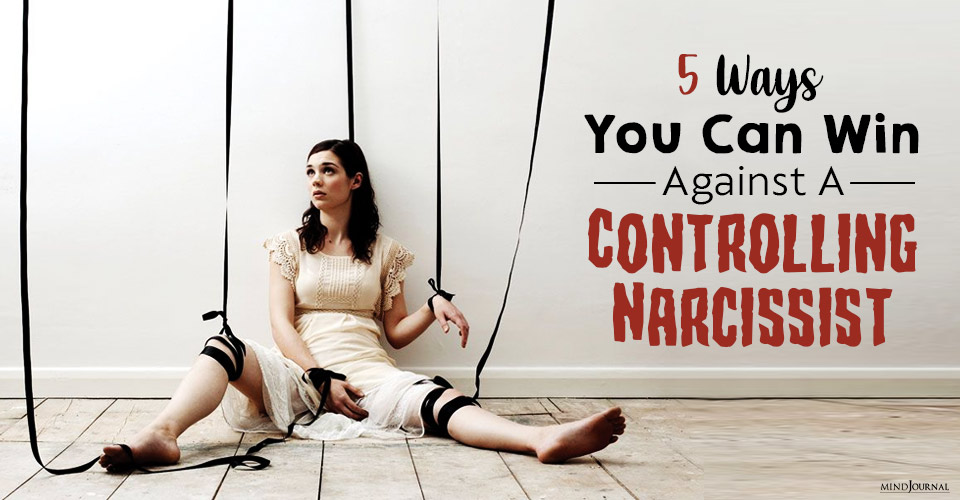 The most powerful response from you is this one, “I don’t look to you to define me. I know who I am, regardless of what you think.”

If you can say that calmly and clearly with no further conversation, no extra justifying – that part is so important – this is going to be powerful. Then you’ve said it. You don’t even need them to agree with it. You just get on with being in your life.

When a narcissist starts losing control of you, they will often bring in reinforcements. This is what’s known as abuse by proxy, through others which are known as flying monkeys.

Proxy abusers could be your family and friends that the narcissist has been able to turn against you, his or her personal minions, or even authorities. Of course, this is going to test you greatly, as it has so many of us. I went through this horribly as well.

I want you to know with all of my heart that if you feed into this if you get triggered and go into overdrive trying to fight back with presenting information to turn these people back to what the truth is, it’s going to backfire really badly on you because you look like the crazy and the bad one, and matters just get so much worse.

Here is the most powerful response, orientation, and stance to take, “People can think of me what they want. What I think of me is what is important.”

This is also really powerful when the narcissist tries to abuse you with third-party information, such as, “So-and-so really thinks this about you.” Narcissists will gaslight with that kind of stuff.

By taking your power back, you’re anchoring into, “My real tribe are the people who agree with me and are on the same team. If other people aren’t standing with me, well, then they’re just not my tribe.”

By being really committed to getting to this stage, I want you to know that the smearing will stop dead in its tracks before too long because, without your energy to keep it fueled up and alive, it truly does just all dissolve away.

Related: 8 Signs You Are In A Relationship With A Narcopath (Narcissist-Sociopath Mix)

Narcissists are pathologically jealous of what gives you energy and joy, anything that is uniquely you or your interests because they believe that he or she has to be the center of your universe for good or bad. So anything you’re feeling, it’s got to be all about them.

A narcissist will discredit your interests and where your attention is and they will try to abuse you for enjoying your interests or putting your energy somewhere else other than on them.

Don’t despair and argue back or succumb just to try to keep the peace, and stop doing what gives you energy and purpose and joy. Rather, take your power back by saying, “I enjoy what gives me joy and appreciation. I will do what I want regardless of what you think I should or shouldn’t do.”

Then ignore the tantrums and go and do it. Any shenanigans the narcissist tries to pull when you return, just ignore all of that as well.

Narcissists have a seething Inner Being of self-hatred, pain, and insecurities. That’s really what’s going on inside of them. So they are often feeling off-kilter. At these times, rather than taking responsibility to turn inwards and work through their own complicated feelings, they’re more likely to lash out and dump it all over you.

This can be set off on a hairline trigger or actually for no reason at all. So your comeback for this behavior simply is, when they’re accusing you of this or whatever, “I’m happy with how I am, what I think and do. If you aren’t, that’s not my issue.” It’s pretty powerful.