Why Your Emotions Are Not “Things” In Your Brain 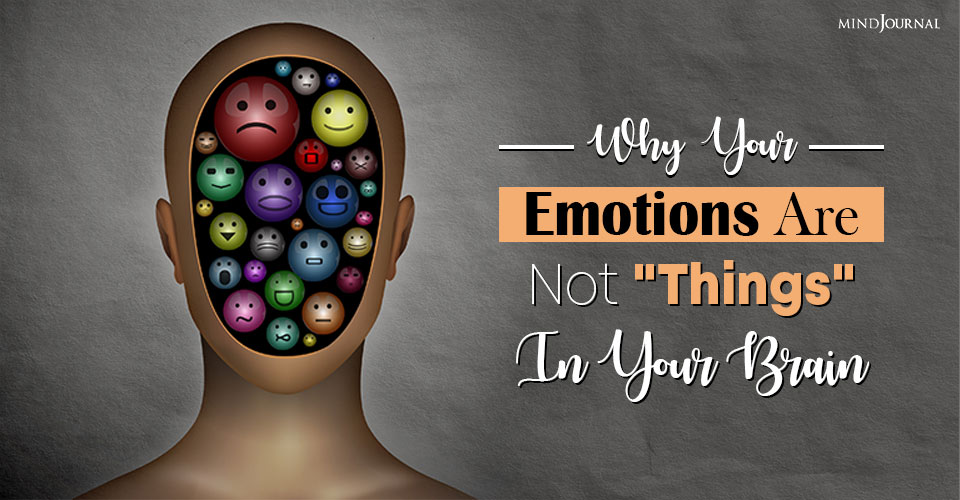 In each of these statements, the items in italics are you portraying or characterizing another person’s action. This is your experience of the situation—without talking to the other person about how he or she sees it.

Others rarely, if ever, experience their own actions in the same way that you characterize them. The sense of “unfairness” in the example above is your personal experience of the situation. The feeling of being “ignored,” for instance, is significant for you on a personal level. This is your history of “being abandoned” playing out in the current interaction.

What To Do When You React Emotionally

When you are “reacting” emotionally, give yourself time to reflect—to defuse your reaction. Acknowledge the personal part of the reaction. Take whatever time you need to do this.

Once you defuse, you can assess how the situation is a problem for you. In the work situation, you may accuse your co-worker of not doing his or her fair share. While he or she is not doing all the work assigned, is not completing work assigned, or is doing other than assigned work, he or she will not see this as being unfair to you or others.

The feeling of being ignored when someone does not pay attention in the way you would like is significant for you on a personal level—perhaps relating to early experiences of being abandoned. The person not paying attention to you does not see what they are doing as ignoring you.

You must learn to describe the actions that are the problem, such as not doing all the work assigned in the situation above. Such descriptions of problems open that way for negotiation. It may not always work out; negotiation may not be possible because the other person reacts, does not want to negotiate work tasks, or is not accessible. You may have to go some other route, such as speaking to a manager, going to human resources, or deciding to move on.

Not resolving an issue after you have done all the personal work required, described the problems to be addressed, and approached the situation effectively is not a happy outcome. However, you have done your part, which makes a less than satisfactory outcome survivable. Kudos to you.