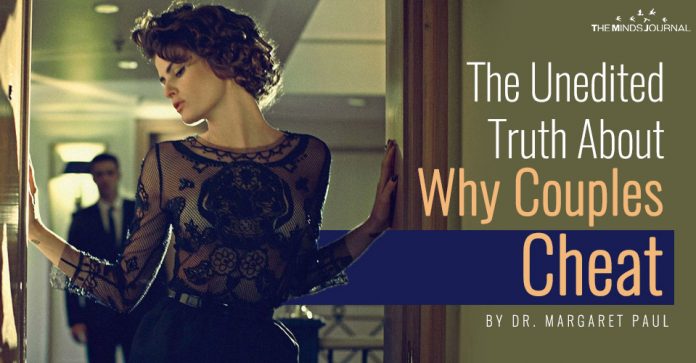 The Unedited Truth About Why Couples Cheat

Infidelity generally comes from the same inner emptiness as does alcohol and drug abuse, food addiction, gambling, spending, shopping, and so on.

In the case of infidelity, the addiction is to attention, approval or sex – using another person to fill the inner emptiness and take away the inner aloneness. Rather than end the relationship, taking their emptiness and aloneness with them into their next relationship, Megan and Jim have the opportunity to do some inner healing work.

Megan and Jim decided that it was worth trying to save their marriage. They came to one of our Inner Bonding Couples Intensives and learned about all the ways they were making the other person responsible for their well-being and happiness.

They learned the powerful Inner Bonding process for taking responsibility for their own feelings and for connecting with an ever-present source of love and wisdom to help them learn to love themselves.

They discovered that they had no love to share with each other until they learned how to fill themselves with love and to be loving to themselves. They learned:

They then continued their learning and received much support by joining the Inner Bonding membership community.

By being willing to do their Inner Bonding work and learn how to take emotional responsibility for themselves, Megan and Jim were able to create a much more intimate and fulfilling relationship.

The affairs, rather than ending their relationship, led to creating a whole new and satisfying relationship. At this point, neither Megan nor Jim has any desire to have an affair. 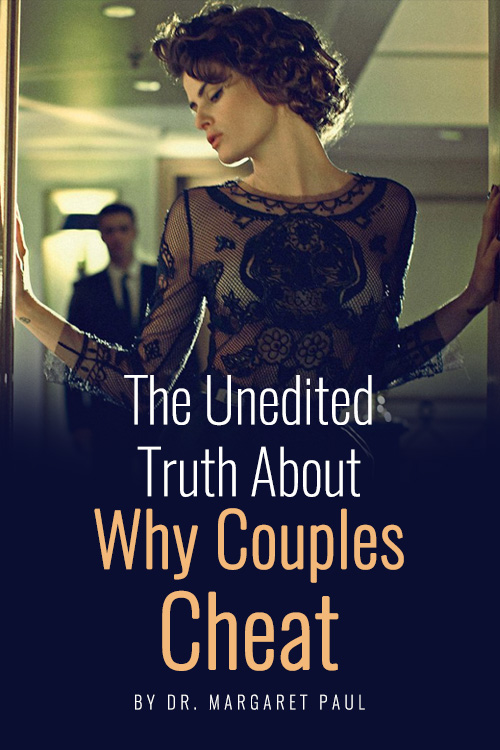 Dr. Margaret Paulhttp://www.innerbonding.com/
CO-CREATOR OF INNER BONDING Dr. Paul is the author/co-author of several best-selling books, including Do I Have To Give Up Me to Be Loved By You, Inner Bonding, Healing Your Aloneness, The Healing Your Aloneness Workbook, Do I Have To Give Up Me to Be Loved By My Kids, and Do I Have To Give Up Me To Be Loved By God Dr. Paul's books have been distributed around the world and have been translated into eleven languages. Dr. Margaret holds a Ph.D. in psychology and is a relationship expert, noted public speaker, workshop leader, educator, chaplain, consultant, and artist. She has appeared on many radio and TV shows, including the Oprah show. She has successfully worked with thousands of individuals, couples and business relationships and taught classes and seminars since 1967. Margaret continues to work with individuals and couples throughout the world on the phone and on Skype. She is able to access her own and her client's spiritual Guidance during her sessions, which enables her to work with people wherever they are in the world. Her current passion is working on and developing content for this Website, as well as distributing SelfQuest, the software program that teaches Inner Bonding and is donated to prisons and schools, as well as sold to the general public. Margaret Paul, PhD information Anxious, Depressed, Addicted, Empty, Relationship struggles, Inner Bonding - The Power To Heal Yourself! http://www.innerbonding.com
-Adverts-

Letting Go Of Someone You Love After Infidelity

Are you wondering how to let go of someone you love after infidelity after that certain someone has had an affair?
Read more
Cheating

5 Things You Should Know And Do For Surviving Internet Infidelity

Repeated Infidelity: 5 Questions You Need To Ask Yourself To Survive It

Are you wondering about surviving repeated infidelity, whether it’s time for you to stay in or get out of the relationship?
Read more
wpDiscuz
0
0
Would love your thoughts, please comment.x
()
x
| Reply