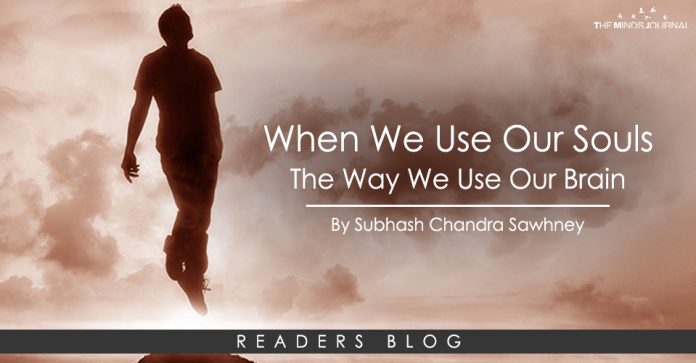 I often remember the famous quote “The day science begins to study non-physical phenomena, it will make more progress in one decade than in all the previous centuries of its existence” of Nikola Tesla when I think of the manner in which the team of the Discovery Channel humiliated the Russian girl Natasha Demkina, acclaimed as “X-Ray Eyed Girl”, by refusing the possibility of her seeing the inner organs of people in the year 2004 in New York while cross-examining her instead of acknowledging it as a discovery of a sort, by asking her questions that she could have answered only had she been a medico – when she was hardly seventeen years old.

The people who interviewed her were actually so much pre-biased that anybody could, at all, possibly see with normal eyes what could be seen only through X-Rays on an X-Ray machine that they were bent upon discrediting her outright instead of finding out what was the secret behind her having such an inordinate ability.

It was not until she was once again cross-examined by Professor Yoshio Machi of the Department of Electronics at Tokyo Denki University gave her one more chance to demonstrate her prowess of seeing inner organs of the human body of other people and gave her a clean chit.

Is it not amazing that the scientists never took any interest to find out how she could have calculated so fast even after having come to know that she had such a capability?

Even today, scientists are keeping themselves away from making any such studies that could throw some light on such rare capabilities.

Anyway, I have been actively thinking of all the possibilities and the only thing that has struck me is that they may have been using their souls also as we use our brain.

Both of them actually, knowingly or unknowingly, ought to have “tamed” their souls to assist them.

When Demkina may have been looking inside the human bodies of people who came to her with some complaints – she may have been prompting her soul to go and find out what was causing them any discomfort and tell her what it may have seen.

The same way, Shakuntala Devi may have been also asking her soul to keep in memory the intermediate results while doing such calculations – because it was unquestionably true that she had actually been able to do such calculations as fast as could have not been done without the help of a computer.

Not only Demkina and Shakuntala Devi, I have my own doubts that even Baba Vanga, the blind Bulgarian lady who could tell such startling things as the forty-fourth President of the USA was going to be an African-American as many as eleven years ahead of time even though she did not have any wherewithal to have carried out any opinion poll to have made such prophesy must have been taking help of her soul only in making her prophesies, most of which have rocked the world – how she could have made such predictions, at all.

Do you know that you can accurately project your personality through good behavior, a heart full of love, and a humble attitude?
Read more
wpDiscuz
0
0
Would love your thoughts, please comment.x
()
x
| Reply