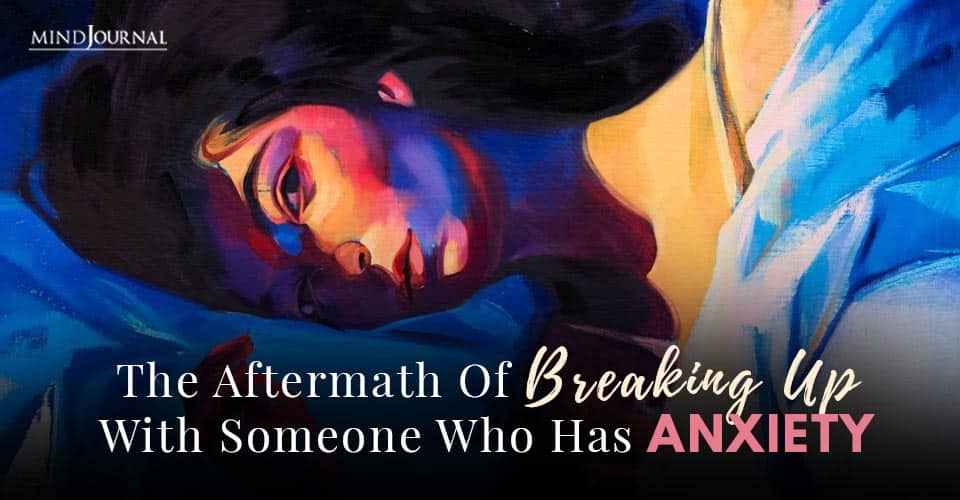 When you have an anxiety disorder, you are already your own worst critic. You are already that unkind voice. You are already preparing yourself for an ending you don’t want to see coming. But even though you know very well this could end, you hold onto faith that, just maybe, this person will love the worst sides of you, in ways you haven’t figured out how to love on your own.

When you break up with someone with anxiety it just adds fuel to the fire of doubt within them. It adds questions to answers only the other person has. It adds uncertainty and a lack of peace because of how badly they feel for not being a better partner or someone you deserve, thinking maybe if they weren’t so flawed then you’d still be together.

Related: How To Manage Feeling Depressed After A Breakup

The reason breakups are so hard for people with anxiety is because it isn’t just a breakup; it’s the deterioration of any self-confidence one might have had. It’s the doubting of everything they are and every choice they made. It’s wondering if you’re simply incapable of being loved. It’s so much more than a breakup because the mental and emotional toll it takes on the individual.

But it’s in those weakest moments you find the strength you weren’t seeking.

And in one’s most valiant attempts to put pieces of something broken back together, only then do you realize you were only cutting yourself in the process, with shards of glass that resembled the past, trying to fix something you didn’t break in the first place.

So, when you break up with someone who has an anxiety disorder, my best advice is to explain to them the uncertainty within yourself. Because if you don’t, they will come up with conclusions themselves. You’re already going to leave them in the dark and they are going to hate themselves for weeks because of it.

The least you can do is try and get them to understand. Because more than their ability to worry and make up scenarios and panic, someone with anxiety has great strength in understanding even the things that hurt them. So, have an uncomfortable conversation. Don’t break their heart while trying to sugar coat it. The best thing you can do is explain everything because the only thing worse than breaking someone’s heart is thinking you aren’t worth an explanation.

I sat there on my couch, holding his hand, not letting go. In broken words mixed with sobbing, all I kept asking is: “What happened?”

And all I kept thinking, looking at this person whom I loved so much, who could have done no wrong in my eyes, who I truly believed was perfect. And on the other end was me, myself and every flaw I thought I had, every shortcoming I struggled to live with, every mistake I made.

When you break up with someone with an anxiety disorder, it doesn’t end at the breakup; there is a whole other storm that follows, where it’s the individual against themselves. It’s the hardest battle in the entire world to fight.

What do you think of breaking up with someone who has anxiety? Leave your thoughts in comments. 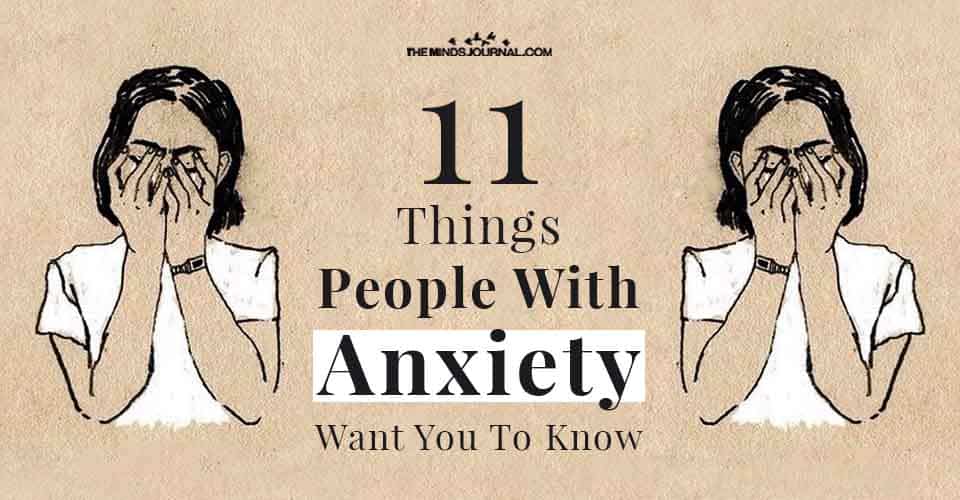 11 Things People With Anxiety Want You To Know

The symptoms of anxiety are not just internal — they’re physical, too.