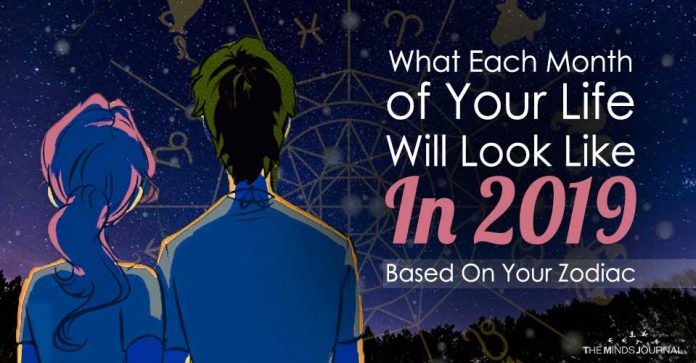 You have got where you wanted to be. It’s an ultimate satisfaction. You are tired. You deserve a rest, but there another obstacle. Keep going.

Romance will come to you. Either you will say the magical words or you will hear it. It’s been ages since you had such feelings. After all, Scorpios have a tendency to push any kind of love away.

From October to December

Life went on as you imagined but the finale will be a test. Something out of your control will take place. Don’t resist it – have faith. It’s going to be all right.

From January to March

2018 had been tough and now you are wondering how you have made it this far, with all the hurt and pain. Its tough coming out of a relationship, losing someone you loved so much. It’s difficult to move on.

Hope will pop up – someone new might come along. You deserve happiness – don’t let the past hold you back.

Autumn has come and you are still setting your eyes on a major achievement. Step back and appreciate the small changes you have gone through – they are amazing too and waiting to be acknowledged.

From October to December

The new relationship is turning out to be a serious one. You will be surprised by Christmas. Your wounds have healed – you are no longer alone.

From January to March

You can tell that something is not going to go right. You can’t point it out but it doesn’t matter. You have gone through worse and have come out just fine.

Your luck will undergo some changes. Something will take place and will define the rest of your year.

An ex-flame will appear and you have to choose whether you want to continue with them or leave things as they are. However, a short text or a word will make you realize that you still care for them.

We are ALL going to feel that... Something Big is coming TONIGHT Read how this magical phenomena will influence your zodiac sign
Read more
Zodiac Signs 'N Secrets

They can deeply understand a side of you that others won’t notice at all.
Read more
wpDiscuz
0
0
Would love your thoughts, please comment.x
()
x
| Reply