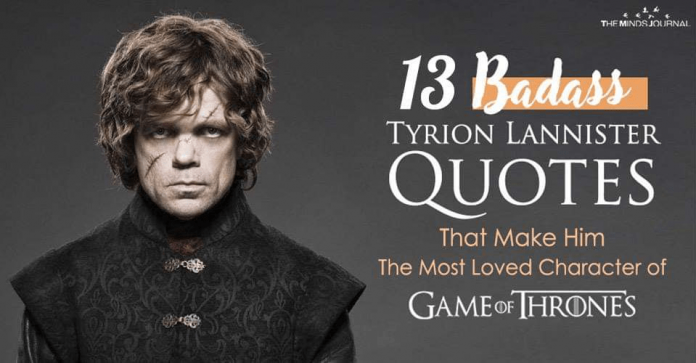 It is also believed that what Maggy, the fortune-teller, tells her, when Cersei is still a young girl, forecasting her death at the hands of “the valonqar” (valonqar in Valyrian means “little brother”), predisposes Cersei to feel a certain underlying wrath towards Tyrion.

In this scene, Cersei reveals she has in her custody a woman she thinks is Tyrion’s whore and will punish her if her son Joffery suffers on the battlefield. After Tyrion assures the woman (who is revealed to be Ros, “the red-headed whore”), he will free her, he says this to Cersei. as his own rage which he keeps tightly bound within his intellect, springs forth.

6. “Just because I pay you for your services doesn’t diminish our friendship.” 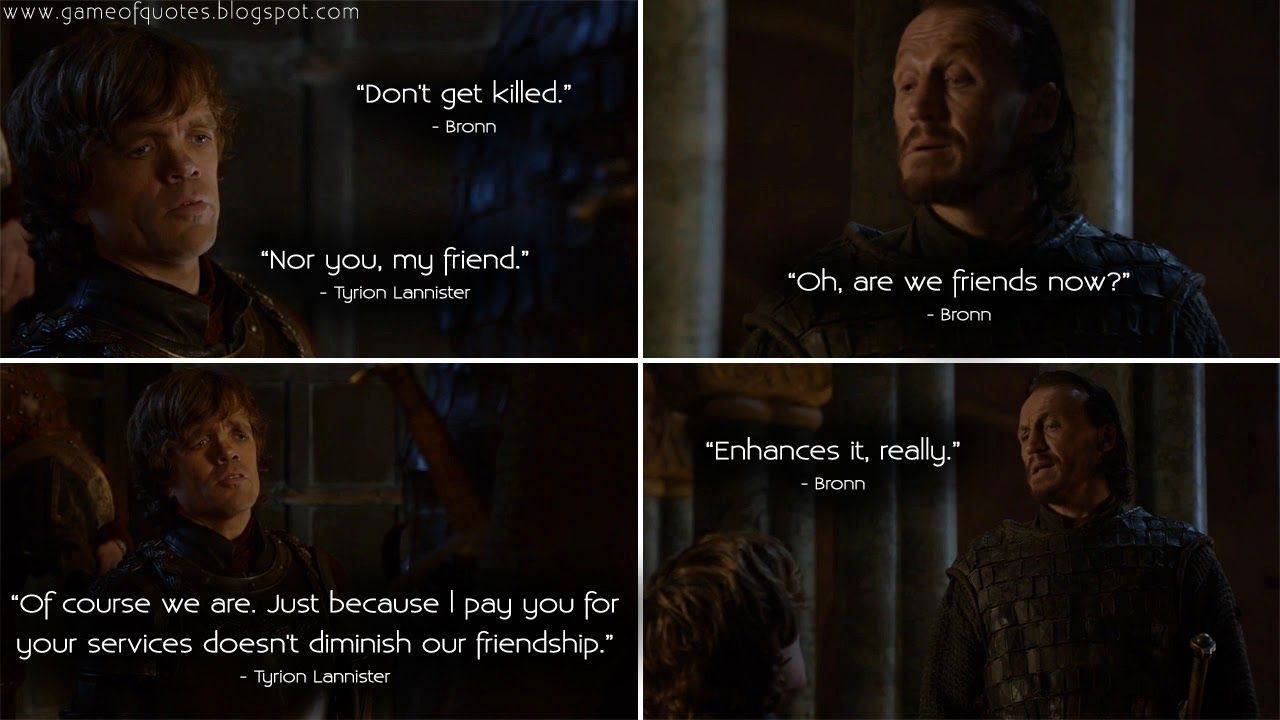 This quote proves that in Tyrion Lannister there lives a man who isn’t just about his veneer of intellectual prowess. That he also comes with a heart, which he extends to those he feels share his fate and to those that can be trusted (and don’t come with inherent malintent).

This is a memorable one that’s the result of a conversation Tyrion Lannister shares with sellsword Bronn, hailing from the kingdom of Westeros. While the two’s relationship passes through difficulty and turmoil, Bronn does realise later that standing by Tyrion would benefit everyone involved.

This quote reveals the respect Tyrion Lannister is capable of towards those who may not even match his social status.

By the time Season 6 reached its finale, one thing became clear – Daenerys’s taking over the Iron Throne would be the pivot around which everything else in the Game of Thrones narrative would swivel.

This is something Tyrion says directly to Daenerys, who is anticipating her journey with her fleet to Westeros. This isn’t exactly advice, but is a forecast of things to come for Daenerys, who must then prepare herself to face all those who are clamoring for the Iron Throne.

What makes this quote so psychologically powerful is that it can be transposed on any challenging situation in life and it’ll still hold true. That’s Tyrion Lannister’s impeccable wisdom for you!

8. “Why is it that when one man builds a wall, the next man immediately needs to know what’s on the other side?”


9. “My brother has his sword, King Robert has his warhammer and I have my mind…and a mind needs books as a sword needs a whetstone if it is to keep its edge. That’s why I read so much Jon Snow.”

And as we wind up, here’s one full with hope

13. Death is so final, yet life is full of possibilities. 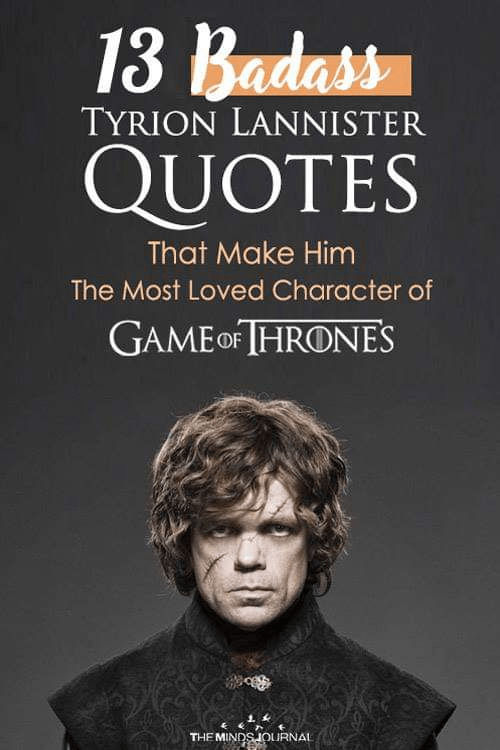 These Ted Talks are sure to ignite their passion and move them to think differently. All the videos are inspiring, engaging, and motivating.
Read more
Interesting