How To Turn Your Painful Emotions Into Superpowers 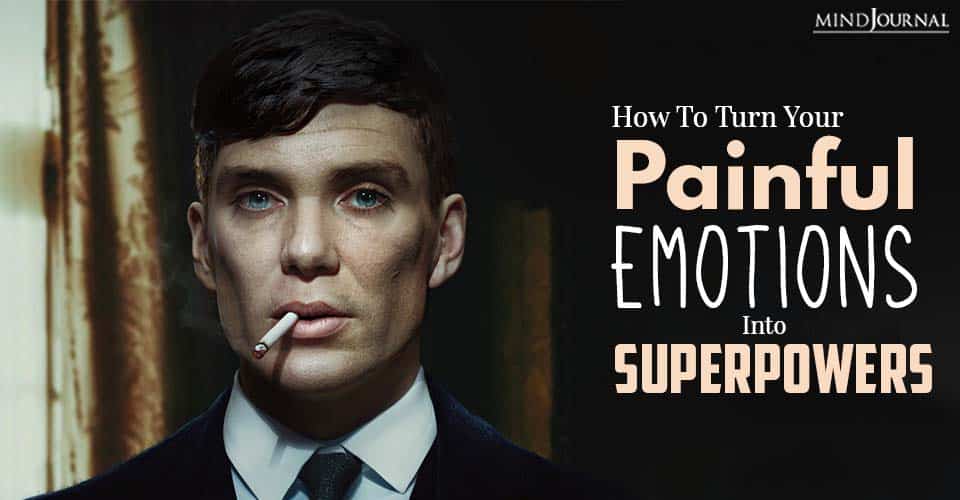 After five minutes shake it out. Switch to imagining a relaxing, peaceful scene. Let your body response switch.

Flexing emotions is the second step to owning them. We can actually feel multiple feelings at the same time. In Emotional Agility, Dr. Susan David suggests getting “unhooked” from an emotion by changing your point of view and reframing your story.

Emotions are meant to be felt but we don’t have to be beholden to them. At any point, we can switch the pallet.

Maura wanted to stop running. She wanted to be a fighter and fight better for herself. She deserved to be treated better. She wanted to be seen as competent and strong. But she had to get more practice with the surges of anger in her body.

She practiced daily, feeling the energetic force of anger in her body. She noticed how if she felt the anger in her legs she could use it as strength to hold her ground. She called the heat in her stomach fuel that can be used to influence others. She imagined the energy in her arms and hands as laser might for making things happened. She started to feel more confident that perhaps the next time she gets slammed by life, she would not run.

And then she was tested.

Maura’s supervisor unfairly demeaned her in front of her employees. But this time instead of running, she stayed. She felt her legs strong like oak trees, she noticed her heavy pounding heart pump blood into her arms. She kept her breathing measured, her eye contact firm. Instead of running, she waited a few seconds.

And then she responded.

“I am going to think about your feedback and get back to you about it.”

The response was delivered with control and confidence. She could see the effect it had on her supervisor. “He was shook. And I think he was impressed somehow.”

But most important, Maura felt present. She showed up for herself. She withstood the dizzying wave of her emotion without running from it.

She refocused her attention to her prepared calming image of the ocean on a sunny beach. Took another breath and immediately felt more relaxed. The practice of unhooking had worked.

She noticed her employees sitting around the conference table and watching her, waiting for her response. She smiled.

No matter what happened next, Maura had won. She was in control of herself. She had experienced her emotions and used them to manage a difficult supervisor’s comment, and she reassured her employees that she was in charge.

Her feelings were her superpowers after all.

You can get in touch with Dr. Cecilia Dintino by joining the Twisting The Plot email list.

Cecilia Dintino is a psychologist in private practice in New York City. She is an Assistant Clinical Professor of Psychology at Columbia University Medical Center and on faculty with New York University’s Program in Drama Therapy. She is co-founder of Twisting the Plot and Twisting the Plot Podcast with the mission to help women over 50 imagine and create new futures. Twistingtheplot.comView Author posts