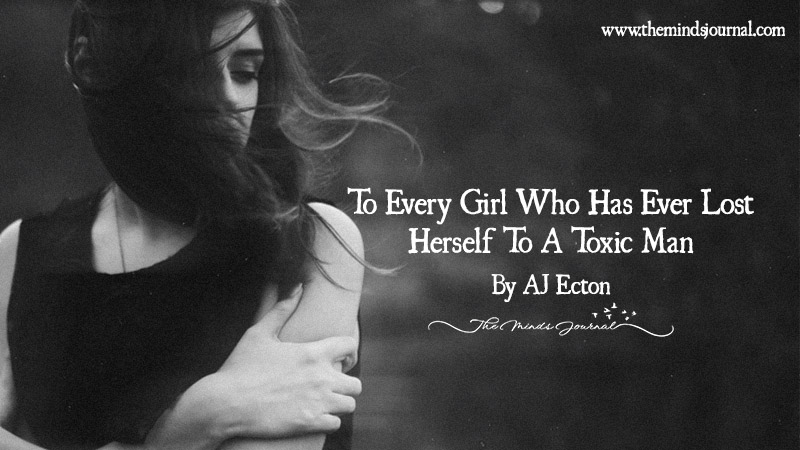 All it took was one day, one day where I had enough courage to walk away. Walking away was the best decision I have ever made, I had let someone take so much from me, and if I didn’t have the courage to walk away I don’t know where I would be today.

I dated someone who made me lose my self-worth.

I lost my smile that once lit up any room I walked into because he couldn’t stand to see me happy. My smile was a bother to him. Once he charmed me into falling for his act he knew he had me hooked and he knew he could manipulate me. He knew he had me wrapped around his finger and he knew I wouldn’t leave. Because of him, I couldn’t even look at myself in the mirror anymore because he made me feel lower than I ever knew was possible.

I dated someone who made me lose my self-confidence

I dated someone I thought I knew.

I spent so much time convincing myself that he was going to go back to the man I had first met that I was completely oblivious to the fact that it was impossible. I so badly wanted to believe that it was all just a phase, but it wasn’t.

I dated someone who I didn’t even know who he was.

The man I first met wasn’t him; it was who he wanted to be perceived as. He turned out to be nothing but a liar and a cheater. I constantly made excuses for him and disregarded his wrongs. I wanted him to so badly be the man he pretended to be that I was blind. And because of this, I made our relationship picture perfect on Instagram. I thought if I made it look perfect then it would be perfect. Because of him, I lied to everyone that asked me how we were. I lied because I thought if I lied about it enough it would be the truth. I deliberately chose to ignore all the signs because all I wanted to do was see the best in him.

I dated someone who made me question everyone.

I dated someone who was incapable of loving anyone but themselves.

I thought if I just brushed everything aside and loved him with everything in me that it would make him love me back. It took forever to understand but I now understand that it is impossible to make someone love you who only knows how to love themselves. Because of him, I felt alone while being physically next to him. I was dating a man who refused to kiss me and refused to look at me. Because of him, he made me feel unworthy. No matter how many times I had a huge smile on my face and was excited to see him, I was never worth looking at. I was dating someone who intentionally put me down so he could have the power. It was like it was a game to him; the worse he could make me feel, the better it made him feel.

Every time he bailed on me or ignored my calls he somehow made me feel as if I deserved it. He made me feel as if I didn’t deserve to be spoken to. Every time I questioned him cheating, he somehow turned it around to me. It was my fault he hid things because ‘if I trusted him, he wouldn’t have to hide it.’ It was my fault he messaged girls on social media because, ‘if I trusted him, it shouldn’t matter who he talked to’. He manipulated me into believing I was the crazy one.