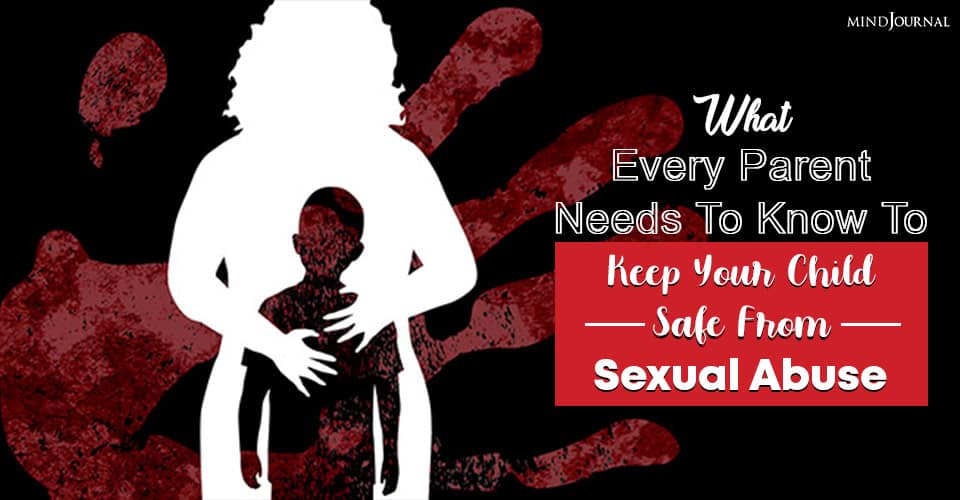 7. Discuss the importance of the rule “no secrets.”

Put this rule into practice: If someone, even a grandparent, says something to your child like, “I’ll get you an ice cream later, but it will be our secret,” firmly but politely say, “We don’t do secrets in our family.”

Then turn to your child and repeat, “Sometimes we have surprises, but never secrets. We tell each other everything.”

According to Marilyn Van Derbur, author of Miss America by Day, “Those who told immediately or very shortly after the abuse and were believed and supported showed relatively few long-term traumatic symptoms. Those who either did not tell (typically due to fear or shame) or who told and encountered a negative, blaming, disbelieving or ridiculing response were classified as extremely traumatized.”

8. Raise your child with basic body-safety and consent house rules

Like “We ask people before we touch their body” and “When someone says STOP!, we stop.”

9. Encourage your children to tell you about things that happen to them that make them feel scared, sad or uncomfortable.

Listen, reflect feelings, commiserate, hug. If children have an open line of communication, they will be more inclined to alert you to something inappropriate early on.

10. Explicitly discuss with your child that you would never be angry or hold them responsible if someone touches them inappropriately.

When predators groom kids, they tell the child that the parent will punish or stop loving them, if the parent is told about the sexual activity. The child will do anything to keep you from knowing about this because it is better to suffer the abuse than to lose your love. When you read books to your child, discuss the story from the child and parent’s perspective.

Ask how a child feels who has been inappropriately touched. Do they want to tell their parent? Will they? What are they afraid of? How will the parent react? Whose responsibility is it? Will the parent ever blame the child? This is an important discussion to have with kids more than once so they know that you would never blame them.

Read How To Save Children From Narcissistic Abuse and Toxicity

11. Never force children to hug anyone, even relatives.

They need to know they’re in charge of their own bodies. As one mother wrote on my Facebook page: “We need to allow our kids the right to refuse to hug or kissing anyone they don’t want to, including family. I think many of us were raised to comply with requested affection as kids. When sexual abuse happens, those ingrained behaviors will only serve to paralyze them instead of thwarting the event. (Sadly, I speak from experience on this.)”

12. Don’t leave your child with anyone, even your boyfriend, unless you completely trust him.

The good and bad news about abuse is that most of it, statistically, is not perpetrated by strangers. It happens at the hands of family members or the mother’s boyfriend. Almost all the rest is perpetrated by trusted intimates such as coaches, religious leaders, or teachers. Bad news? Yes, these are people your child trusts.

But it’s good news because it’s a risk you can usually avoid if you trust your instincts and pay attention to your child. This is just one of the many reasons that stepparents should never have the responsibility of disciplining their partner’s children.

Read The Lifelong Effects of Childhood Neglect By Parents

13. Encourage your children to trust their feelings

If something doesn’t feel right, the child should get away as soon as possible and tell you about it. She needs to be told explicitly that it is more important to stay safe and to trust herself than to be polite. It is okay for her to question, disobey, and even run away from someone whose behavior is making her acutely uncomfortable. Predators give signals; your child just needs your support to trust herself in reading them.

Are you ready to save your child from sexual abuse? Did you find the tips useful? Leave a comment below. Please share this article with anyone who you may think will find it valuable and helpful.