3 Things About Self-Esteem That Are Not True 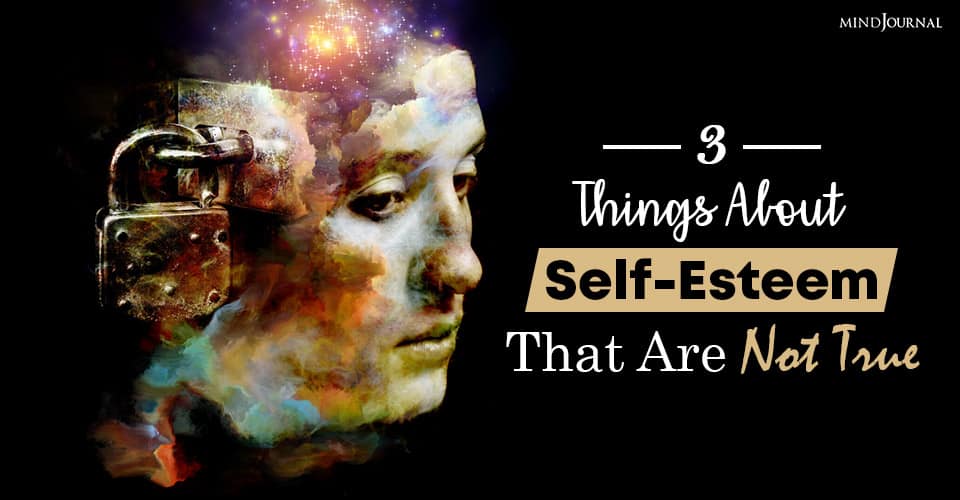 But here is the silver lining—not all domains are created equal. If you want to become a doctor, for instance, your self-esteem will be tied to academics and not athletics. So, the fact that you can’t run fast won’t dent your self-esteem.

Then it goes without saying—that by putting more effort and practice into the areas that matter to you, you can influence your self-esteem.

It’s a well-known fact that low esteemers are not great fans of compliments. In fact, accolades clash with their unfavorable self-views to the point that they consider them bogus, even if the praise is deserved. Lovely stuff, isn’t it?

But it gets more interesting. According to the so-called Self-verification theory, we tend to seek feedback from others that is coherent with our own self-opinions, even if they are negative. What this really means is that people with unflattering self-views prefer friends and partners who regard them negatively.

It may sound a bit absurd, but it does make sense.

If you don’t like yourself very much and someone tells you that you are a wonderful person, it will sound like a lie (even if true). It clashes with the way you perceive the world and yourself. Instead, you will seek validation that you are as you believe it to be—not nice and lovable.

Self-intervention won’t work either. Another piece of research tells us that positive self-affirmation (for ex. I’m worthy, I’ll be a great success, etc.) won’t do anything for someone with low self-esteem. In fact, they will ring as false and will make you feel inauthentic.

To successfully influence your self-esteem with affirmations, the Greats tell us, you need to base the praise on your actual strengths and abilities and focus on progress, not on the end result.

But ultimately, in order to become a recovering self-esteemer, you must learn to first accept yourself just as you are. ‘Unconditional positive regard’ is what can facilitate change and growth.

Or, as the great American psychologist Carl Rogers eloquently put it:

“The curious paradox is that when I accept myself as I am, then I can change.”

And so can you.

For more advice on how to become more confident and live a more fulfilling life, join Evelyn’s Facebook page here or visit her website  http://www.evelynmarinoff.com/.

Evelyn Marinoff is a writer. She researches and writes about the psychology behind confidence, happiness and well-being. You can find her pieces in Thrive Global; The Huffington Post; TinyBuddha; Addicted2Success; Pick The Brain; The Quiet Revolution. Having struggled herself for years, Evelyn likes helping others to enhance their self-esteem and to learn self-acceptance. Evelyn is a Canadian, currently living in Dublin, Ireland, with her husband and son. You can find her on Twitter or on Facebook.View Author posts