How to Silence the Negative Voice Inside Your Head 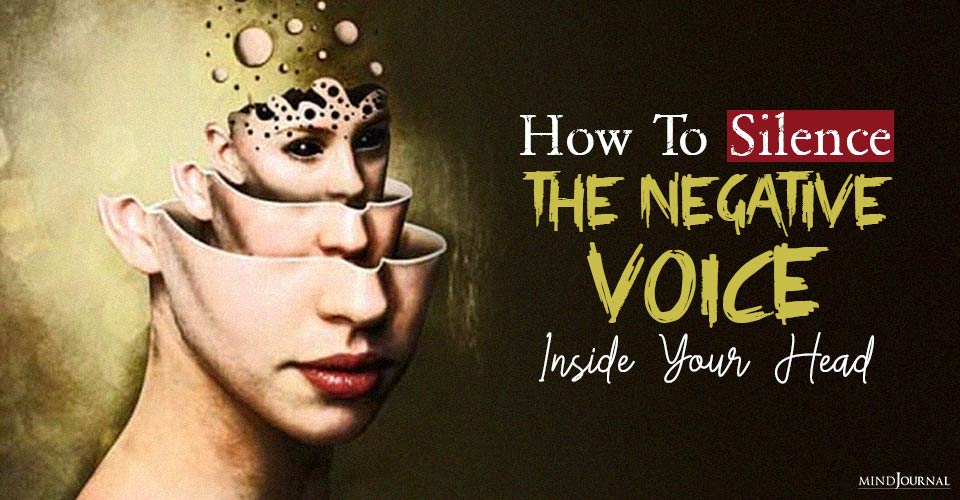 Fortunately, there are some steps we can take to deal with our thought chatter. One approach that is often used is simply to fix our attention to an external focus that doesn’t allow us to be conscious of thought chatter. This is the reason why watching television has been such a popular pastime over the past few decades — because it is a very effective way of keeping our attention focused outside our own minds.

But this isn’t a very satisfactory approach — it really just means replacing thought-chatter with another kind of chatter. And once the TV is turned off, thought-chatter just begins again.

A much more effective approach is meditation. The are many different aims of meditation, but one of them is to slow down and quiet thought-chatter. Thought-chatter is fueled by the attention we give to it. In meditation, we switch our attention to another focus — to our breathing, to a mantra, or perhaps a candle flame. As a result, thought chatter fades away, and we experience a sense of inner spaciousness and stillness.

We feel calmer and somehow more inwardly stable and whole. After months of regular meditation, we may find that our thought-chatter becomes permanently slower and quieter.

Related: How To Build Your Inner Nurturer: 3 Strategies

We should treat it in the same way that we treat physiological processes like digestion, or the circulation of our blood. We should allow it to flow by, in the background, without paying much heed to it, and without letting it determine our moods or state of mind. The important thing to remember is: Your thoughts are not you, in the same way that your digestion is not you.

They are just part of a process that is taking place inside you. After all, we don’t derive our sense of identity from our digestion or blood circulation, so why should we identify with the voice inside our head?

Negative voices inside your head will prevent you from leading a happy and fulfilling life. Start by decluttering your mind and practicing mindfulness to establish a powerful inner dialogue.