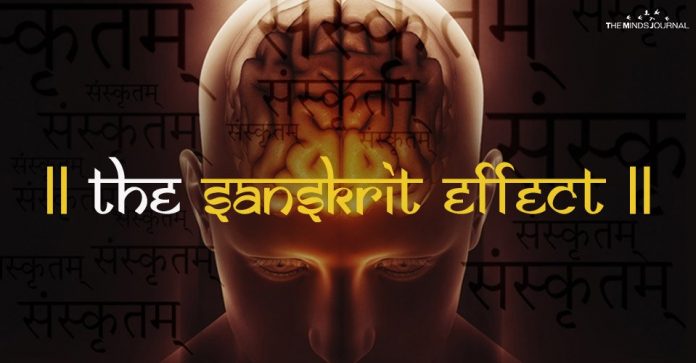 It is believed that these texts contain positive vibrations that help to heal and calm a person and also help to increase the grey matter in the brain.

There have been similar experiments conducted in the past to find out the effect of chanting sacred texts on the brain.

Even 50 years ago, when there were no brain imaging methods available, a French psychologist, found out that Christian monks who were into rigorous Gregorian Chanting had exceptional memory and grey matter.

In 1967, a French scientist, Alfred Tomatis, conducted a study to find out the effects of chanting on monks who had been part of a regime which required them to chant for up to 8 hours daily.

When a new pastor came and changed their routine, cutting down the chanting time, he noticed that the monks became tired and lethargic even though they were getting sufficient time to sleep.

Alfred Tomatis thought that the chanting actually energized their brains and bodies, so he conducted an experiment to reintroduce chanting into the daily routine of monks.

The results were interesting; the monks were full of energy and vitality again.

Other experiments were conducted by Dr Giridhar Kalamangalam and T. M. Ellmore to study the effects of Vedic chants on brain and they also found out that the Cortex region in the brains of Vedic pundits was thicker than their counterparts.

Utilizing the ancient wisdom to improve our cognitive functions

While all of us are aware of the benefits of Mindfulness and meditation practices, these findings bring in a new perspective on how we can utilize the ancient heritage of sacred chants to improve our cognitive functions of memory (both short term and long term) and decision making.

In today’s digital age of shorter attention spans where even children are suffering from variety of Attention deficit disorders and even the percentage of adults suffering from Alzheimer’s and other memory related diseases is on an alarming rise, it is imperative that we tap into the ancient wisdom to improve our cognitive functions.

All these interesting findings also raise the possibility of including systemic exercises in our daily routine to improve the cognitive functions of our brain.

Just as physical exercise helps us to keep physically fit, mental exercises help to keep our brain fit by increasing the grey matter and thickness of the cortex region of the brain.