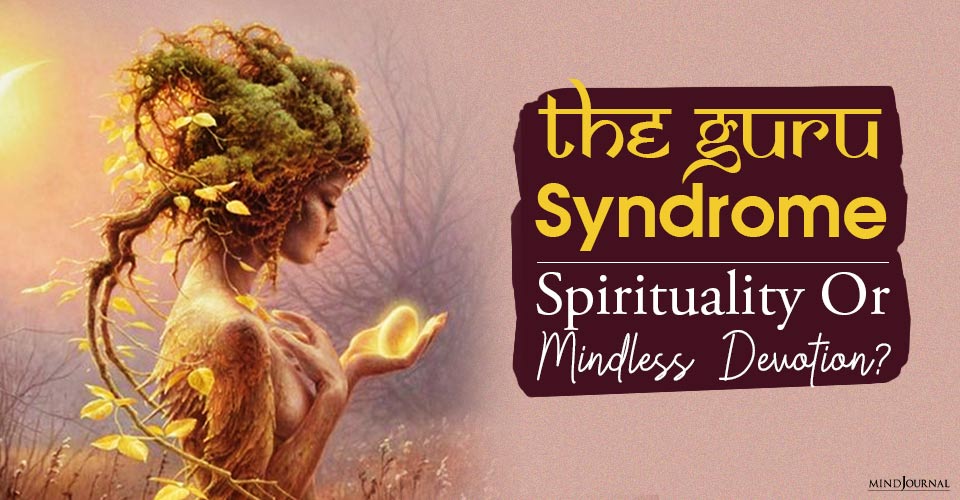 The key to understanding the guru syndrome is the psychological need of disciples. Although many disciples (at least initially) may have a genuine need for spiritual growth, this is usually combined with a much more unhealthy impulse: a regression to a childlike state of unconditional devotion and irresponsibility.

This is a very appealing state to be in. Think of how wonderful it felt as a young child, to believe that your parents were in complete control of the world, and could protect you from everything. There was nothing to worry about; your parents had it all covered. And you worshipped them so devotedly that you unquestioningly accepted everything they said and did.

Guru worship takes worshipers back to that infant state. As long as the disciple is in the care of the guru, all is well in the world. They feel safe and secure, just as children do in the presence of their parents. They give up responsibility for their own lives and pass it on to the guru, just as children do.

Related: The Problem With Faith: 11 Ways Religion Is Destroying Humanity

And the guru is a perfect being, who cannot behave unethically. He can accumulate millions of dollars, own 93 Rolls Royces, have his own armed security team, and regularly humiliate his followers, but they will always find some excuse for this appalling behaviour, in the same way that children will refuse to believe that their parents can do wrong. The disciples will claim that the guru’s abuse and cruelty is a form of “divine play” or a way of testing their followers.

Any initial impulse that the disciples may have felt to spiritually awaken is usually subsumed by this regression. The guru doesn’t lead them to enlightenment, but to infantile narcissism. They may feel a sense of oneness or bliss in the company of the guru, but his isn’t genuine enlightenment.

It’s more akin to the sense of oneness that a baby feels with their mother. In this way, the guru syndrome is a classic case of what Ken Wilber referred to as the ‘pre/trans fallacy’ — the mistaking of transpersonal spiritual states for regressive pre-personal states (or vice-versa).

And for the guru, this mindless devotion usually leads to disaster. Once they are surrounded by hundreds of adoring disciples, they begin to suffer from ego-inflation. They really believe that they are perfect, even that they are divine. They lose their moral compass, believing that the most unethical behaviour is acceptable. In the midst of unlimited power — and sexual temptation — they lose any sense of restraint.

Of course, this doesn’t apply to all gurus. Certainly, in the Indian tradition, there have been many examples of gurus — such as Ramana Maharshi and Ramakrishna — who have behaved with integrity, and supported the development of thousands of followers. This also doesn’t mean that there is anything wrong with spiritual teachers per se. It is perfectly possible to be a spiritual teacher without being a guru — that is, without having a community of disciples around you, offering you unconditional devotion.

If you liked this, check out my book The Leap: The Psychology of Spiritual Awakening.

Have you witnessed mindless devotion? Share your thoughts on the guru syndrome in the comments below.