The Dark Triad: How To Protect Yourself From The 3 Most Dangerous Personalities 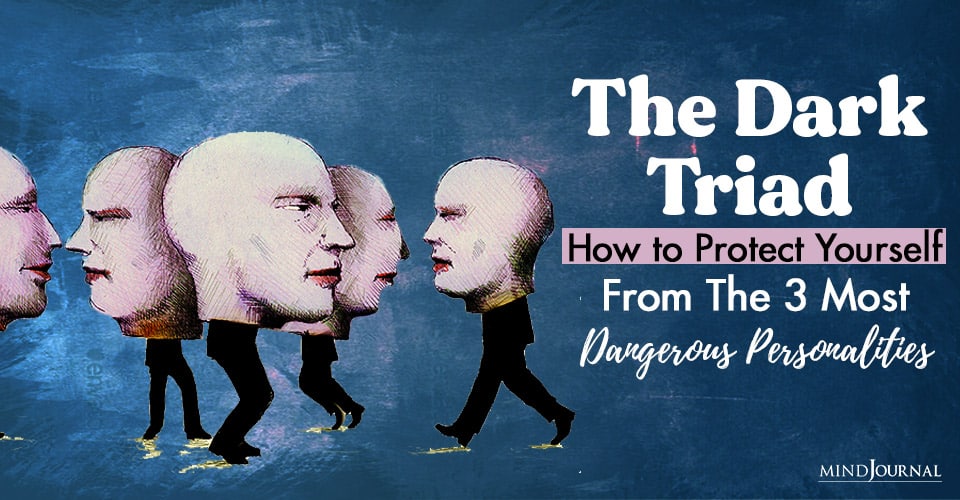 When the risk is high, psychopaths and Machiavellians (when their energy for thinking is low) cheat. Both will intentionally lie. Narcissists have high levels of self-deception rather than intentional dishonesty.

Machiavellians and psychopaths scored higher in these psychosocial issues; psychopaths twice as high as narcissists. The highest scores were among psychopaths, with aggression being the highest trait. Narcissists scored in the categories of aggression, sexual issues, interpersonal difficulties, and antisocial tactics. Among all three personalities, most of the high scores were due to psychopathic traits. When those were controlled (removed), narcissism still accounted for interpersonal difficulties.

Creepily, all three felt positive looking sad faces and felt negative seeing happy images! Narcissists and psychopaths also felt good seeing angry faces. Psychopaths liked seeing fearful faces. Overall empathy was lowest among psychopaths and Machiavellians, and study participants who were high on any of the three personality profiles had the lowest affective empathy. Narcissists scored highest on cognitive empathy. The fact that these people are insensitive to others feelings while retaining the ability to assess others’ emotions, allows them to strategically manipulate people while ignoring the harm they inflict.

To find out whether you or someone you know may qualify, take the Dark Triad test.

Read : 10 Warning Signs That You’re Dealing With a Sociopath, Narcissist, or Psychopath

If you think you may be involved with a Dark Triad personality, seek psychotherapy. Don’t be afraid to talk to others about your experience. Covering up bad behavior is a common, but dangerous form of denial. Learn about narcissistic abuse, subtle forms of abuse, abusive relationships, and narcissistic relationships. Learn How to Be Assertive and read Dealing with a Narcissist. Violence is preceded by emotional abuse. If you’ve been threatened with violence, don’t wait for it to happen or trust that it won’t be repeated!