Studies Suggest Swearing and Cursing Can Be Signs Of Superior Intelligence 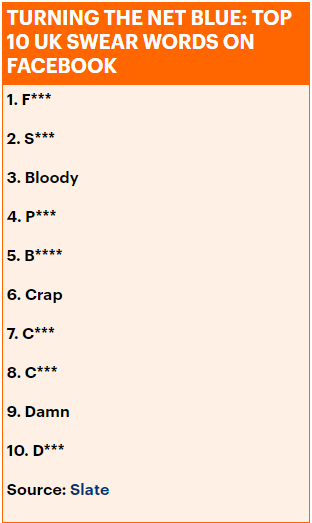 The points of this study must have surely challenged your existing belief by now. With further explanation, we will try to solidify this idea in your head.

So, this research points towards the idea that taboo words, just like any other words, are part of a language. And as linguists claim and science proves; the command over more number of words helps you to understand more concepts and thus shows that you have a higher intellect.

Now, as these words are also just a part of a language, thus they should be seen as representing a set of ideas. So when you use them, and with great care and delicacy, it shows that you have intricate knowledge of what you are saying.

It is also important to understand that most of the words in the taboo language are slangs, slurs, or replete with hidden meanings.

Using these requires a great deal of understanding nuances of each of these words. Thus, if you demonstrate your ability to speak these words with finesse, then it will surely represent a higher level of intellect.

The famous Linguist, Norman Lewis, says that the fact that every single word in the English language is representative of a completely different idea, the more words you know, the more ideas you have. In the case of slangs though, we tend not to associate them with a particular idea, but these words help you to represent the darker sides of our lives which generally we tend to ignore.

One very important point that can be concluded from the research is that a person who curses or swears a lot is not unintelligent or dumb like your elders might have you believe.

But actually, they might be much more smart and sophisticated than what your elders think! In this digital age where everything that strikes the youth becomes a trend, it is very important not to ignore the growing trend of using these taboo words.

The Internet provides that free space for expression that our society still starves for. Thus, these trends catch fire and youth find an excellent opportunity to express themselves in whichever way they want.

The onus is now on you and me to understand that these slangs mean much more than mere taboo words and thus we must not judge the other person based on the kind of words he/she is using. After all, every word is just a sound until it is ascribed a meaning.

What do you think about taboo language! Share your views with us.