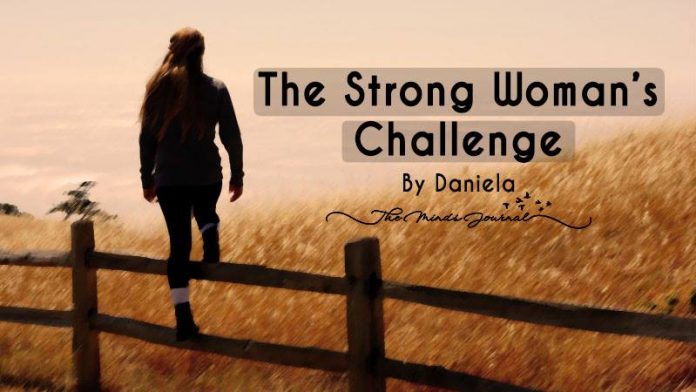 They were raised as if they were supposed to be providers and don’t know how to please a woman who doesn’t need their money. As a consequence, when they meet a strong woman, they tend to run away, puzzled or in fear. And this isn’t only their fault. We also give to them mixed messages about what we are want, expecting them to pay for a dinner out while asking them to let us be in charge.

Being a strong woman has many challenges. Equality still has a long way to go, and both men and women need to put their roles into perspective, so they set boundaries in a better way. And it won’t be accomplished by becoming a man, or faking weakness.

However, it is much better to be strong than play victim. And if you are strong, you know you can overcome any challenges that might come to you. So keep standing up for yourself and don’t let anybody intimidate you. The world will adapt itself if we don’t give up on our rights.

Daniela
Daniela McVicker is an author, psychologist and popular blogger. She graduated from Durham University, currently writes the book on psychology about what impact culture has on mental behavior of people in different countries and works as freelance blogger. You can check her new article How to Be Motivated In Spite of Failures
-Adverts-

Do you know that you can accurately project your personality through good behavior, a heart full of love, and a humble attitude?
Read more
wpDiscuz
1
0
Would love your thoughts, please comment.x
()
x
| Reply