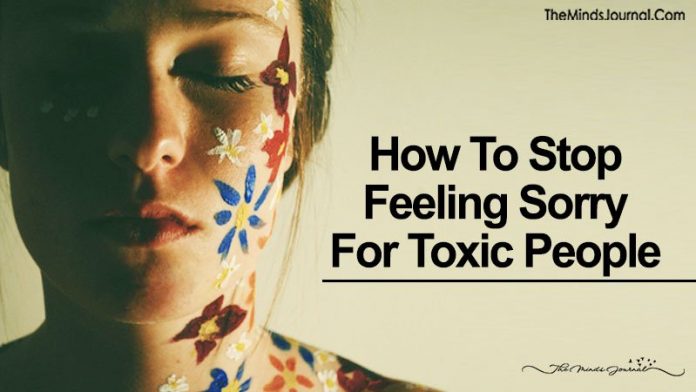 How To Stop Feeling Sorry For Toxic People

While Cluster B families breed like rabbits, constantly seeking to multiply in number to sate the parents and grandparents need for new narcissistic supply, their rebel genetic children are the proverbial recessive gene species that show up like a blue-eyed person from brown-eyed parents.

Think back to science class when your teacher had you running fruit fly experiments and charting the likelihood of DNA recombination to get the gist of what we are saying and why.

If you are a People Pleaser by nature or an HSP who absolutely agonizes over feeling sad because you think a Cluster B person is missing out on something, understand you have been DUPED.

Whoever at your earliest age told you the lie that mean people are not happy by nature, have deep-seated insecurity, or emotional issues that cause them to miss out on all the positive emotional sensations YOU experience when and if you elect to do good, understand that person was most likely a Flying Monkey striving to Enabler (or worse — was themselves a Covert Abuser actively striving to evoke your pity).

Cluster B people tend to their own needs first and at the expense of everyone. That means the Alpha Lion in the family eats first, then his lioness, and scraps go to their children.

When a Cluster B person makes targets prey, all their pride comes tromping after the leader to assist in the kill.

Once their meal for the day is secured, then they will lurk about, taking bites of the prey — but typically not until after the elder or stronger animal has eaten their proverbial fill.

Such is the way toxic families operate. The person in the family who is the most emotionally sensitive and intuitive by nature is targeted for repeated emotional, psychological, and oftentimes physical assault by an Alpha social predator.

Following that person’s lead, other toxic members of the family will swoop in to actively engage in mobbing, provoking, ridiculing, shaming, gaslighting for fun, or helping add to the crazy-making.

Making other people miserable stimulates the pleasure center of a Cluster B person’s brain much the same way being successful helping someone out of a jam or through an emotional crisis helps an Empath turn what should be stressful feelings of angst into gain.

What gets one person off (in the proverbial intellectual rather than sexually perverse sense) is truly only amongst other human beings of the same genetic and social predisposition sense the same.

Empaths who presume someone else is lacking the ability to feel pleasure or connected simply because they respond to different stimuli are not being ethically or morally honest.

One simply cannot presume with an arrogant sense of presumption that their notion that what pleases them floats another person’s biological boat the very same way according to evolutionary theory quite the same way.

If Empath DNA is cultivated socially and biologically by forward-thinking scientists and the pattern can be used to do things like program quantum computers or robots with empathic Artificial Intelligence [or “AI”].

Then humanity as a space faring culture is likely to morph collectively into something akin to a living, breathing, kind-natured, alert, and self-aware but community respecting Borg-like intergalactic family.

On the other hand, humans who choose by free will to wear out their welcome on the planet and socially destroy one another for fun and sport are likely to devolve into a lower vibrational nature that ultimately will end up producing a Skynet global weapons systems take over by an unbeatable computer with twisted programming.

Or to end up seeing things like the Zika virus, crops genetically modified by Monsanto, and the chemical agents and pollution in the atmosphere create people who act like they are on Bath Salts (for the most part).

When one thinks things through critically, it seems likely that a civilization with an epidemic of predators competing is likely to ultimately devolve into something more akin to the creatures in the hit television series “The Walking Dead”.

And by that, we mean more of them acting like Shane and the Governor than they ever do like Empath Carol or even like rebel brother Darryl (the Ruthless Empath played by actor Norman Reedus).

Should we respect other people with regard to accepting them as they are rather than striving to change them?

Codependents’ reactive role amplifies their focus on their partner, while they hide who they are. They increasingly try to control the uncontrollable, sacrifice themselves, and try harder to please and be accepted.
Read more
wpDiscuz
1
0
Would love your thoughts, please comment.x
()
x
| Reply