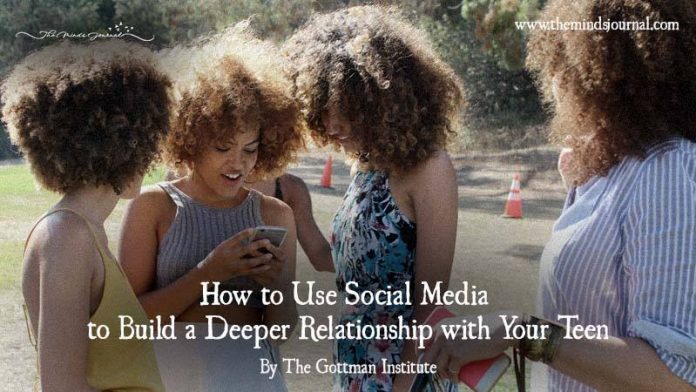 Alyssa stopped playing guitar, which she’d loved, and spent more time on Instagram than any other activity. Respecting her privacy, her parents shared concerns about online safety with her, but believed this was a passing phase, so didn’t press the issue.

I met them when Alyssa was 15 and in her freshman year at high school. She had become secretive and argumentative with her parents. Amy had discovered some concerning texts that Alyssa had exchanged with a boy from school. She saw an Instagram post that referred to Alyssa cutting herself. Robert was dismayed, asking “Where did she go?” He told me that Alyssa spent at least 5 hours a day on social media.

Amy and Robert knew they needed to take action to help Alyssa. They read about adolescent brain development and realized that being angry with their daughter would only fire up her emotional brain. If that happened, they knew she would become angry and wouldn’t reflect on her decisions. The emotional part of her brain would dominate the part that was under construction – the prefrontal cortex.

So instead, they took a longer term view and knew it was vital that she develop more awareness and evaluate her online decisions. By taking a calmer approach, they enabled her to think through the potential consequences of her impulsive texts and posts.

They worked on remaining calm and talked with her about her social media use in a practical, level-headed way. They learned that while most of her friends online were supportive regarding her emotional turmoil, some were mean-spirited. They helped her sort through who to unfriend and why.

By being interested and understanding without lecturing or punishing, they modeled how to manage difficult emotions, a vital skill for adolescents to learn.

Because of this, they were in a better position to set limits and open up an ongoing conversation. Perhaps most importantly, they opened the door to a closer relationship with Alyssa, who now sees her parents as approachable.

In a skillful way, Amy and Robert integrated their knowledge of the teenage brain with their understanding of the role technology plays in their teen’s life.

Technology Can Be Our Friend

When we find ourselves getting frustrated with our teen’s screen time, it’s normal to express that frustration by lecturing or complaining, but technology can be our friend as parents. As in any healthy relationship, we need to have both boundaries and flexibility regarding technology, and model these for our kids so their developing brains can learn important skills in the world they inhabit.

Acting as your son or daughter’s prefrontal cortex at times may be necessary to make sure they don’t find themselves in trouble online. But talking with your teens about tech involves more than just online safety warnings. Get to the heart of what they enjoy about their online lives and why this is important to them, and continue to be their allies and guides in this realm.

This article was originally published on The Gottman Relationship Blog.Want to learn how to connect with your teen in the age of technology? Subscribe to our Teens and Technology column here.

Multitasking might seem like an amazing idea when it comes to your kids' homework and progress in studies. But is it actually?
Read more
Coronavirus

Parenting during a pandemic is tough. Here's how to help your kids become emotionally intelligent and resilient
Read more
wpDiscuz
0
0
Would love your thoughts, please comment.x
()
x
| Reply