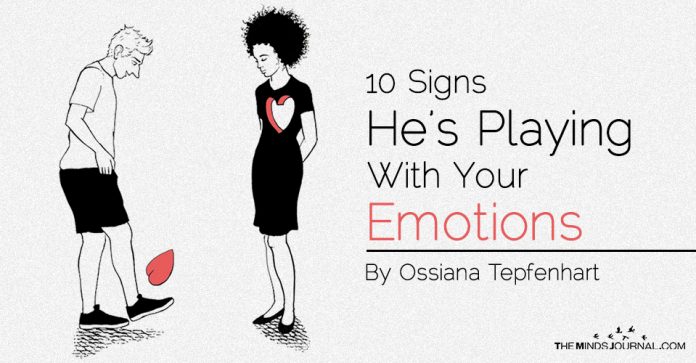 10 Signs He’s Playing With Your Emotions

I had one guy I used to date who was a sadist – and not in the sexy way. He was emotionally abusive. He lived to see me in pain, primarily because he had a chip on his shoulder against anything that was female. His favorite method to see me hurt was playing games with my emotions on purpose.

At first, I thought that he was just doing it without realizing the hurt he was doling out. Then, one day, it all clicked. I kept telling him I didn’t appreciate his actions, he kept doing them, and he was smirking when he’d see me upset. This jerk was playing with my emotions for his own fun!

I dumped him and learned a valuable lesson.

If you aren’t careful, guys will play with your emotions to get what they want.

Whether it be free sex, a side chick, or just seeing you suffer under their thumb, the following signs definitely suggest that he’s playing with your emotions to get something you shouldn’t have to give. 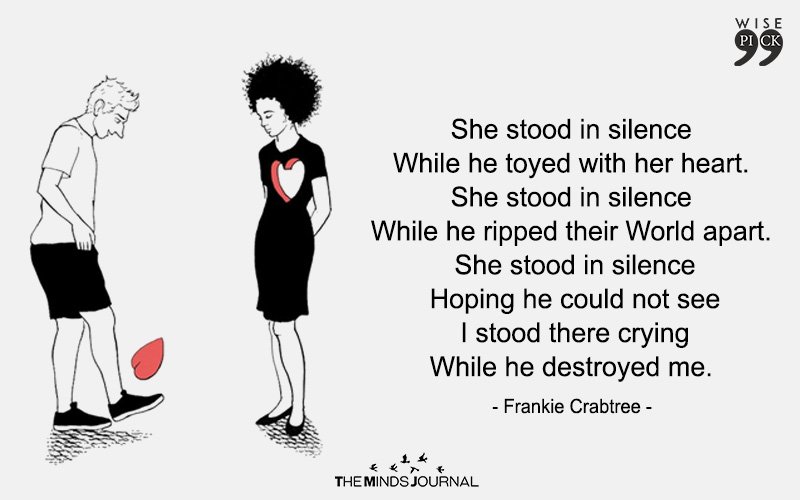 1. You’ve made it absolutely clear that what he’s doing is upsetting you, and he continues to do it.

Make no mistake about it, if you’re upset with how he’s behaving and made it clear it’s a bad move, him continuing to hurt you is done on purpose. Should this happen to you, you need to dump him because he’s actively hurting you and he doesn’t care enough to change.

2. The only time that he really seems to be interested in you is when you’re out the door.

A lot of guys like to play with girls’ emotions because they want to know they still got you as an option. It’s a control thing, and for them, they need to know they have you under their thumb. This often means they’ll only want to pursue you when you’re not interested, or when you’re about to leave.

3. He flirts with women in front of you, or ogles them when you’re around.

It’s scary how many guys will do this just to make girls jealous. It’s their way of playing with your insecurity, hoping that you’ll bend over backward to keep them interested.

4. You often get the feeling that he thinks you’re not good enough for him.

Though this could be personal insecurity speaking out, if you’re typically a confidence person, this often is what indicates that he is playing with your feelings on purpose.

5. He’s only sweet when he wants something.

A guy who’s playing with your heartstrings will often only care what you feel when he wants something. The reason why is because guys who play mind games don’t really care about you. If your first instinct is to ask him what he wants when he gives you affection, he’s playing with your emotions.

6. Honestly, he just doesn’t seem emotionally attached to you.

Once again, guys who play games aren’t attached to anyone but themselves. If he seems distant or disengaged, it’s probably because he is.

He does “couples” stuff with you, but refuses to be a couple with you. He’s affectionate one second, then icy the next. He’s flirting with you to the point that it’s unmistakable, but then claims he’s not flirting. Sound familiar? If so, he’s playing with your heart pretty badly.

8. You seem to be expected to tolerate his bad behavior, but it’s never really reciprocated.

Guys who play with girls emotions operate on a LOT of double standards, and often just assume that you should play according to their rules. If he seems to go by a different set of rules than what you go by, it’s safe to say he’s toying with you.

9. He’s always lying to you or excusing his actions with vague explanations.

Not acceptable, and a trademark of guys who choose to manipulate girls to their advantage. This should be an instantly dump-able offense for you.

10. Your gut says he’s playing games with you.

When in doubt, follow your gut instinct – even if you want to believe otherwise. More often than not, it’s correct and will steer you away from bad news. 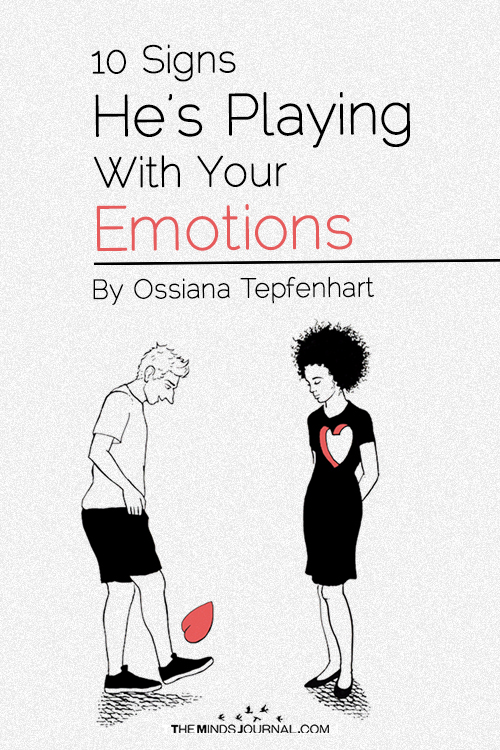 Ossiana Tepfenhart
Ossiana Tepfenhart is a writer local to the New Jersey and New York area. Writing is her life, and it's what she does best. Her interests include finance, fashion, and luxury dining.
-Adverts-

So do narcissists really have a “playbook” used to manipulate you?
Read more
wpDiscuz
0
0
Would love your thoughts, please comment.x
()
x
| Reply