Secret Feelings Of The Zodiac Signs 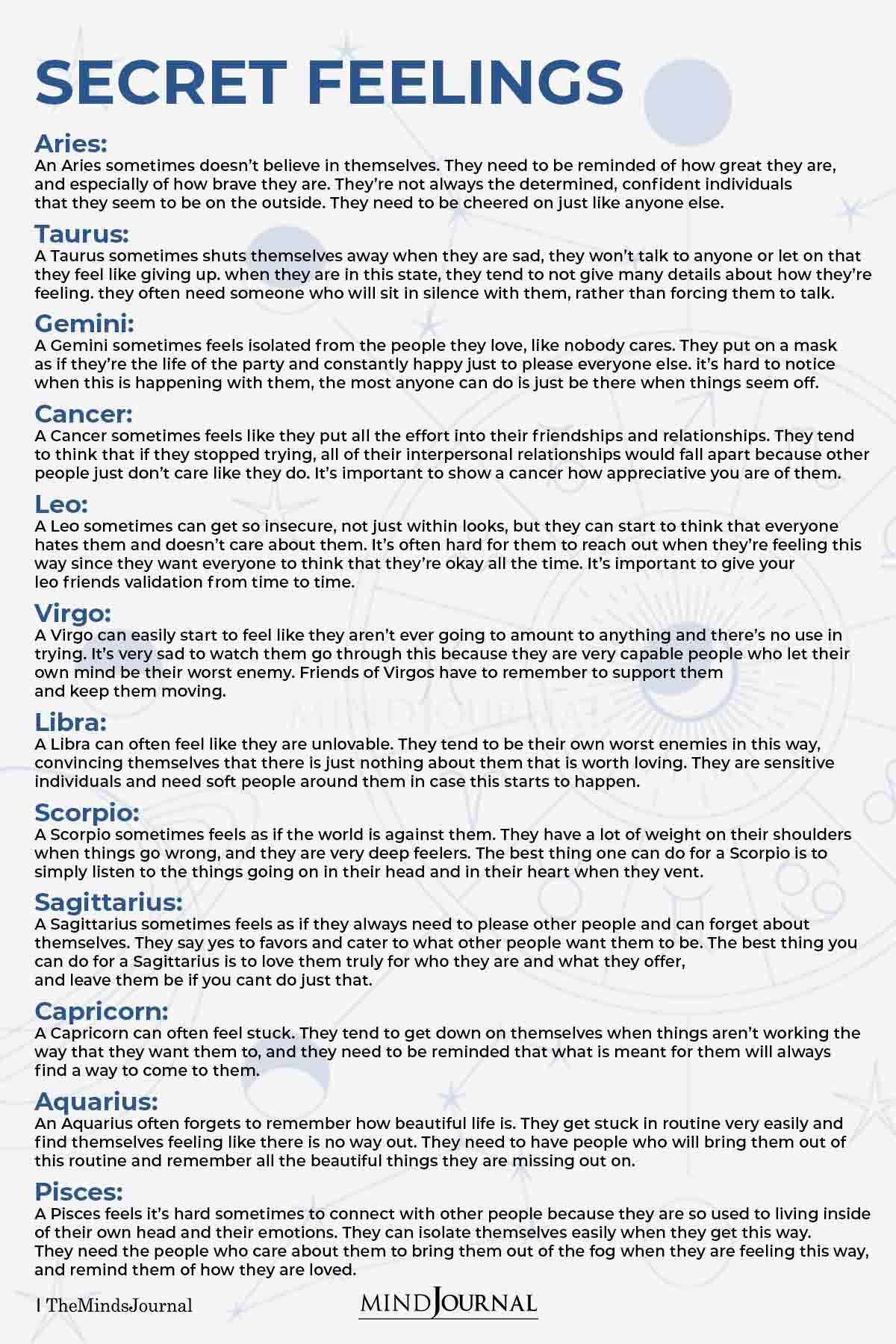 Aries: An Aries sometimes doesn’t believe in themselves. They need to be reminded of how great they are, and especially of how brave they are. They’re not always the determined, confident individuals that they seem to be on the outside. They need to be cheered on just like anyone else.

Taurus: A Taurus sometimes shuts themselves away when they are sad, they won’t talk to anyone or let on that they feel like giving up. when they are in this state, they tend to not give many details about how they’re feeling. they often need someone who will sit in silence with them, rather than forcing them to talk.

Gemini: A Gemini sometimes feels isolated from the people they love, like nobody cares. They put on a mask as if they’re the life of the party and constantly happy just to please everyone else. it’s hard to notice when this is happening with them, the most anyone can do is just be there when things seem off.

Cancer: A Cancer sometimes feels like they put all the effort into their friendships and relationships. They tend to think that if they stopped trying, all of their interpersonal relationships would fall apart because other people just don’t care like they do. It’s important to show a cancer how appreciative you are of them.

Leo: A Leo sometimes can get so insecure, not just within looks, but they can start to think that everyone hates them and doesn’t care about them. It’s often hard for them to reach out when they’re feeling this way since they want everyone to think that they’re okay all the time. It’s important to give your leo friends validation from time to time.

Virgo: A Virgo can easily start to feel like they aren’t ever going to amount to anything and there’s no use in trying. It’s very sad to watch them go through this because they are very capable people who let their own mind be their worst enemy. Friends of Virgos have to remember to support them and keep them moving.

Libra: A Libra can often feel like they are unlovable. They tend to be their own worst enemies in this way, convincing themselves that there is just nothing about them that is worth loving. They are sensitive individuals and need soft people around them in case this starts to happen.

Scorpio: A Scorpio sometimes feels as if the world is against them. They have a lot of weight on their shoulders when things go wrong, and they are very deep feelers. The best thing one can do for a Scorpio is to simply listen to the things going on in their head and in their heart when they vent.

Sagittarius: A Sagittarius sometimes feels as if they always need to please other people and can forget about themselves. They say yes to favors and cater to what other people want them to be. The best thing you can do for a Sagittarius is to love them truly for who they are and what they offer, and leave them be if you cant do just that.

Capricorn: A Capricorn can often feel stuck. They tend to get down on themselves when things aren’t working the way that they want them to, and they need to be reminded that what is meant for them will always find a way to come to them.

Aquarius: An Aquarius often forgets to remember how beautiful life is. They get stuck in routine very easily and find themselves feeling like there is no way out. They need to have people who will bring them out of this routine and remember all the beautiful things they are missing out on.

Pisces: A Pisces feels it’s hard sometimes to connect with other people because they are so used to living inside of their own head and their emotions. They can isolate themselves easily when they get this way. They need the people who care about them to bring them out of the fog when they are feeling this way, and remind them of how they are loved. 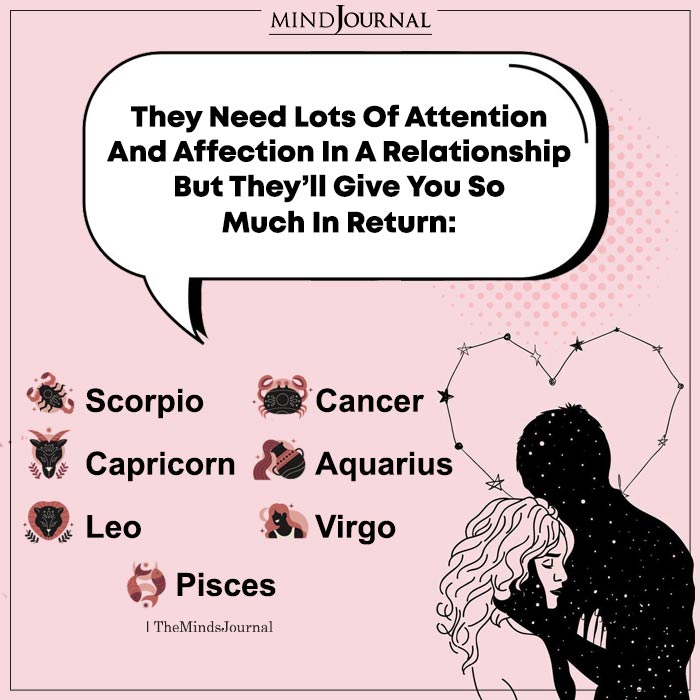 They Need Lots Of Attention And Affection In A Relationship

What do you need in a relationship? 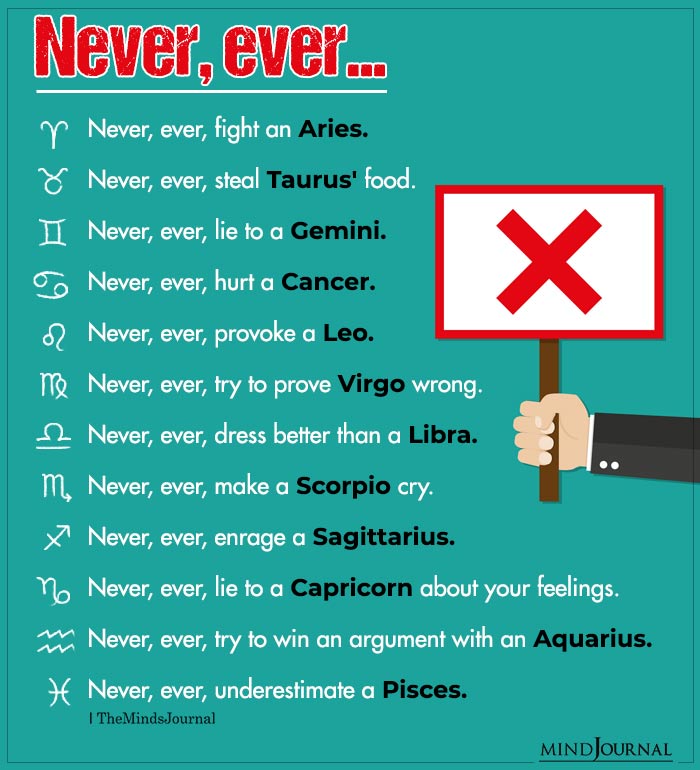 Zodiac Signs And Never Ever 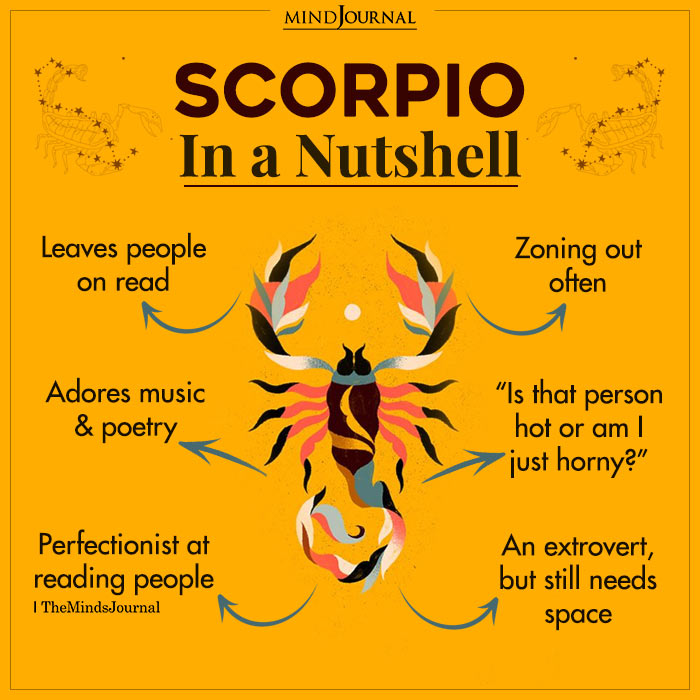 Scorpio In A Nutshell 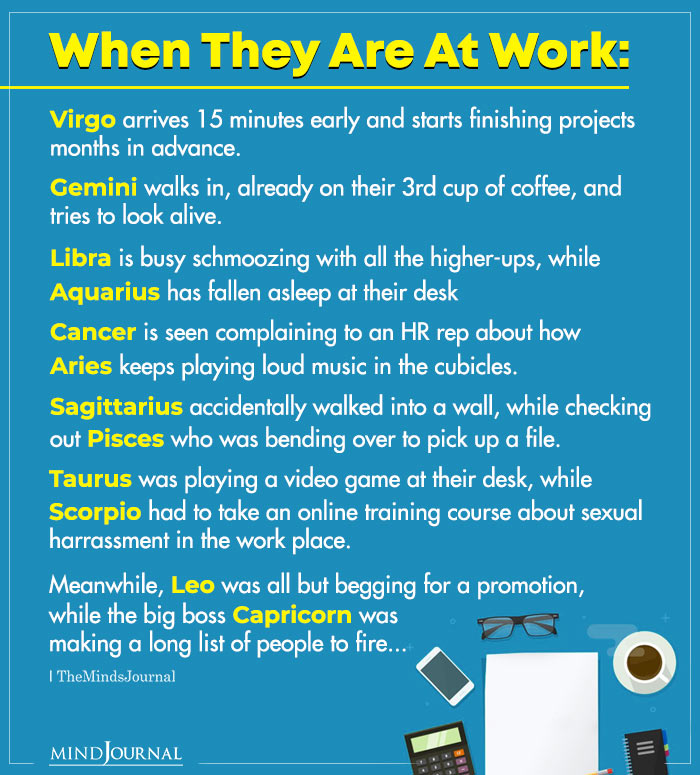 When Zodiac Signs Are At Work

Tag someone who would relate!

My Head Hurts Because

Which one are you?

The Miss You But Won’t Tell You Squad

Do you belong to this squad?

What Are The Zodiac Signs Greatest Weakness?

What Are The Zodiac Signs Greatest Weakness?

Zodiac Signs and Their Expressions to Sadness

How do you express your sadness?

When Zodiac Signs Are In A Survival Situation

Have you ever been in a survival situation?

LesWhat do you teach and must learn from love? sons In Love

Personality Traits Zodiac Signs Are Most Attracted To

Which traits do you find the most attractive?

Which color do you resemble?