Relationship Conflict: 9 Signs Yours Is Unsolvable And Destructive 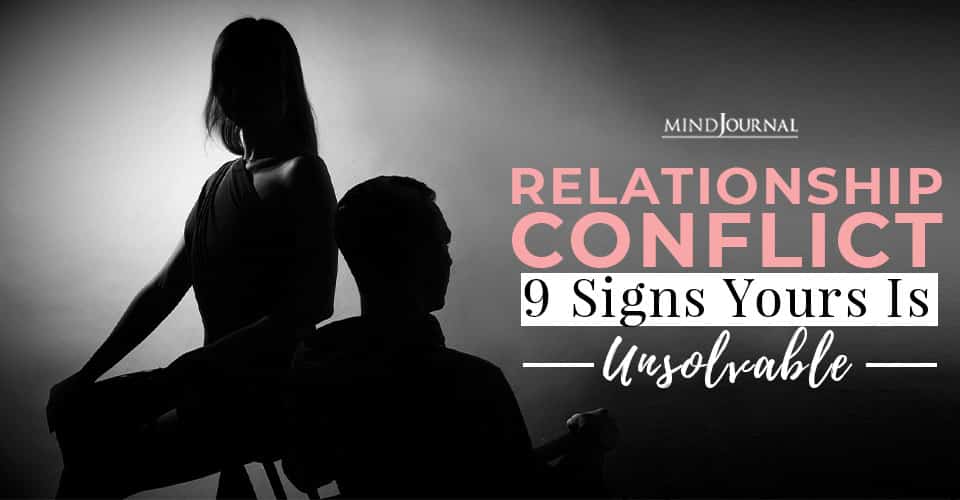 “A deal breaker is any matter that would disqualify a partner from a committed relationship despite other wonderful conditions.” – Stan Tatkin, We Do

In example 5, Krista plans on having a baby at some point in her life but her partner Stacy isn’t ready and is unsure if she ever wants to become a parent. There is nothing wrong with not wanting to have kids or wanting to have kids, but this fundamental difference can lead to a lot of tension and challenges.

After discussing their dreams around this conversation, Kirsta and Stacy came to the harsh reality that they wanted different families. They cared for and loved each other a lot, but ultimately Krista decides that it was more important that she has kids, a lifelong dream of hers than to stick with the uncertainty that she might not have kids with Stacy.

This became a deal-breaker in the relationship, and Krista and Stacy maturely decided to separate.

Couples all over the world wrestle with problems that can be deal-breakers for the long-term of the relationship. This could be issues of trust, commitment, fidelity, family values, etc.

The number one thing I recommend to people who are dating is to decide to have deep conversations early on in the relationship. If this is you, I’d recommend buying Eight Dates: Essential Conversations for a Lifetime of Love and go on every single date.

Love requires hard choices and when you face those choices honestly and don’t abandon yourself, it’s easier to find or create a relationship that is deeply fulfilling and meaningful in the long-term.