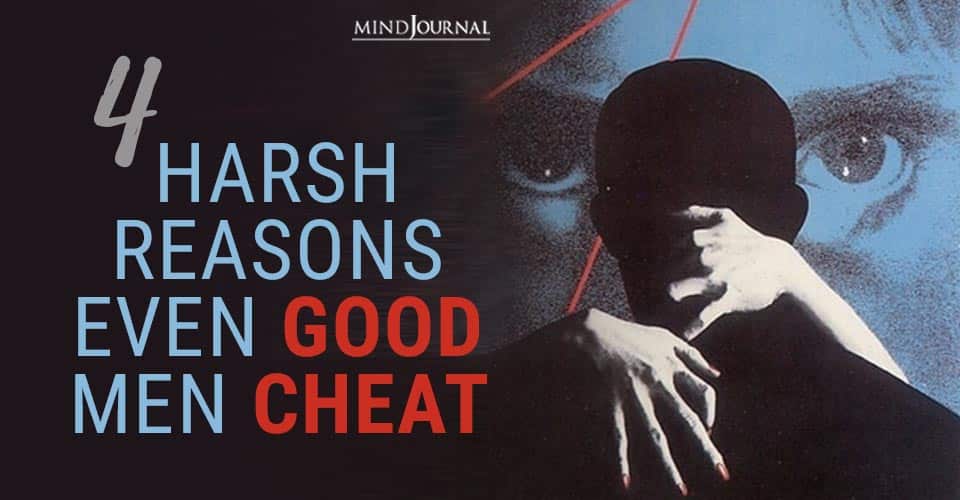 3. Men try to avoid conflict in a relationship.

Conflict avoidance is another example of his inability or unwillingness to communicate.

Rather than discussing his feeling or needs with you, he’ll choose not to ‘rock the boat’ and instead dodge uncomfortable discussions, questions, or hurt feelings and simply seek out another woman to compensate for what he feels is missing in your relationship.

4. Men look for the path of least resistance.

From his perspective, it makes little sense to upset you or your relationship by bringing up heated topics. After all, he has to live with you and deal with any negative ramifications for days or weeks.

He rationalizes that instead, he can find a physical relationship on the side to get the small piece of what he’s missing in his real relationship.

In his mind, this is a win-win. He remains happy because you’re happy and unaware that there is a problem. Life is good and continues on as usual.

So what is the moral of the story here? Why should every woman want to hear what this former escort has to say about your relationship?

The fact is he’d RATHER be getting everything he needs emotionally and sexually from YOU. I promise — he doesn’t want to outsource his physical and emotional needs to someone else.

Related: Why Do Married Men Cheat And Stay Married?

What he really wants is to have the romantic and meaningful sex life the two of you had when you first met. Unfortunately, if he thinks something is missing in your relationship, he doesn’t always know how to talk to you about it without hurting your feelings and causing conflict.

We as women need to be proactive and discuss the relationship with him to determine if both of you are getting what you need.

If he feels like he can be open and honest about his feelings and desires, he is much less likely to feel justified in having an affair. I hope this article has been helpful in decoding the man in your life. We all know relationships are a two-way street and it takes two to maintain the relationship.

Having a better understanding of how he thinks and communicates (or in this case doesn’t communicate), is just one more tool to help you protect your relationship and life together.

Cheating and infidelity isn’t always black and white as most people perceive it to be. It is not always a simple case of physical attraction; many times it is way more than that. But that does not mean that every man out there will cheat on their partner. These reasons are simply attempting to look beyond the straightforward factors that come into play when it comes to cheating.