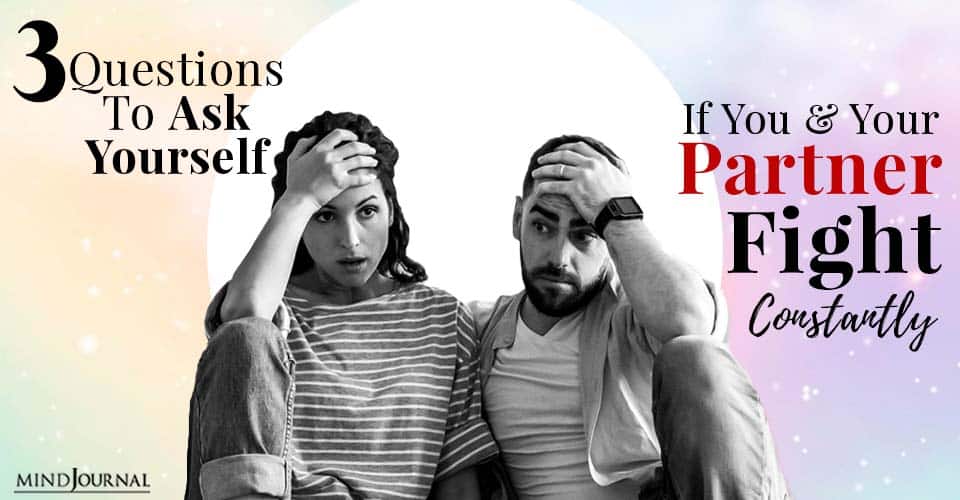 2. Do you know your partner’s needs?

Ask yourself: “What is the unexpressed need that my partner is conveying that they just may not know how to communicate?”

Behind every argument is a lot of emotion and need. Think about it: You probably don’t argue with people you don’t care for (aside from the occasional IRS agent and anyone who works at Comcast). You may recognize that you are arguing based on this need (or the need of your partner), but it can still be extremely difficult to express what your heart wants. Doing so makes you vulnerable.

People don’t like being vulnerable, even in otherwise healthy relationships. Many are outright against it, even when it is one of the keys to a happy union based on authentic communication.

To cover up this vulnerability, they present an aggressive stance instead.

They might attack, pass judgment, and get defensive. They might act like a downright jerk in order to cover up the fact that they really just want to be loved, to be desired, to feel reassured, and to feel respected. These are things all people want, even if they’re unwilling to say so because of their fear of losing the upper hand.

When you see through the cover-up — when you acknowledge that an attack on you is merely a need for you — you’re better able to enter the conversation with compassion and cooperation, knowing that the attack is merely a smokescreen for a deep level of unexpressed caring. And both these things work wonders in any conflict.

Read How Emotionally Intelligent Husbands Are Key To A Lasting Marriage

3. Do you take responsibility?

Ask yourself: “Where can I take responsibility?”

It nearly always takes two to tango, even if the other person is overtly responsible for damaging a relationship, their partner is rarely blame-free.

Take adultery, for instance. The person who cheats is the one who deserves the brunt of the burden, but that doesn’t mean their partner never did anything wrong. After all, people cheat for a reason.

Read Can A Person With Narcissistic Personality Disorder (NPD) Have A Good Marriage?

All of this doesn’t mean you should enter into every argument with your hands in the air yelling, “It’s me! I’m the guilty one.” But if you’re open enough to see that you do bear some responsibility, the argument will deflate. Admitting wrongdoing is like letting go of a balloon before you’ve tied it shut.

Of course, removing the argumentative stance from a conflict is a good thing — its eviction helps turn an argument into a conversation. But accepting responsibility for your part in any dysfunction also allows you to take control over the one thing you can — yourself.

By doing that, your partner will (hopefully) follow your example and do the same. At the very least, it allows you to move past the blame game and avoid finger-pointing.

The next time you have a relationship fight with your partner (and there will be a next time — and that’s okay!), try these questions out. You’ll likely find that the difference between arguing and agreeing isn’t really all that far apart. It’s just a matter of building effective communication and conflict resolution skills as a couple.