Pseudo-Science of Immortal Cells: The Controversial Awakening of Human Life 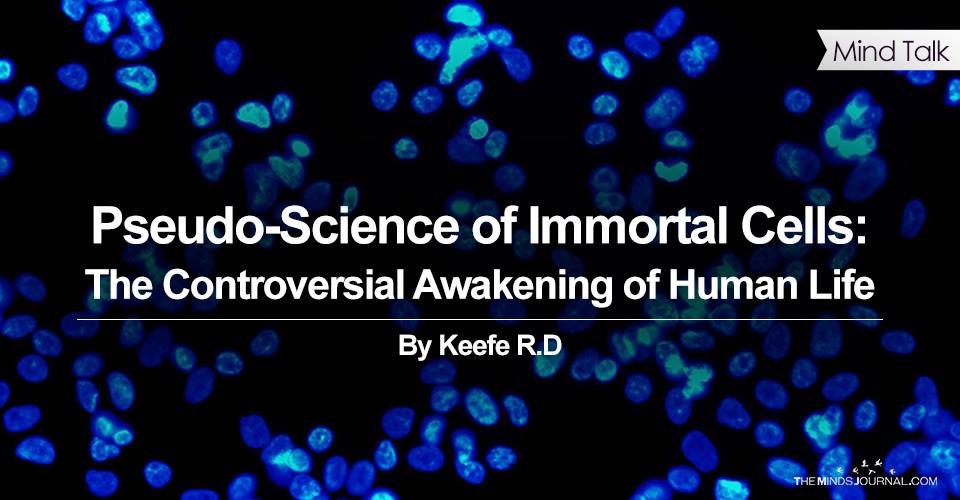 Are humans capable of living immortally? That’s the first question anyone has in mind when they’re reading this writing.

Between a controversial science and wreckage imagination, born the theory of an immortal man that the first origin came from a powerful deity. It is probably a hypocritical bullshit for the skeptics, whilst many philosophers and spiritualists believe in it.

However so, the theory doesn’t have a plausible evidence since it is just a story. In many of fiction stories, we all once heard a story resemble this controversial theory such as a vampire; a man capable of having both spiritual and physical body, living around for a hundred year and more.

Isn’t there any truth behind the story of an immortal man? In our world, in this reality we are breathing in, there was a legend about a strange European man named St. German. Many believed him to live too many lives with the same face, never aging, and always looked the same. He was involved in the history that told about the Elixir of Youth or in the ancient time that was called as the Fountain of Water, which known as the magical water that could make a man become biologically immortal.

From many legends we have heard before, there’s a fantastic story that unfortunately was banned by many religions, especially the churches, it is Book of Enoch. The problem is; why would many of religious people would fear such a mind-blowing story if it wasn’t true? Let’s be over critical now. Does Book of Enoch have accidentally told us a bitter truth of the man’s first origin after Adam and Eve?

In the book, we learn about the forbidden love between angels and humans, from there the female humans borne the powerful children that each described as a giant human with a remarkable supernatural ability which the children inherited from their father—the Watchers (a group of angels who fell in love with the female humans).

We were taught in school that an angel is an eternal being that made from light. Does this theory make the angel descendants in Book of Enoch as the natural carrier of the immortal cells? However, not to be confused with the story of Henrietta Lacks’ immortalised cancer cell lines. This one theory talks about how philosophers and spiritualists study the great beings that coming from the Human-Angel creation.

Since the beginning of time, the first angel descendants were born with the special cells that brought hereditary information regarding their ancestors’ nature, personality, ability, and more. So on, their bloodline would naturally carry the cells that are called as “Immortal Cells”, and if this theory was true, the cells would continue descending to the next generation, and would probably evolve to the greater until in the nowadays.

A little truth may shatter anyone. Is this why there are some articles on the internet discussing about the presence of Human-Angel bloodline, also the existence of an angelic human being?

We wonder again, if this was true, would it be terrifying or wonderful? What matter is to know the true origin and the historical root of this knowledge; Where is it come from? Why it happened in such a way? Why is it important for us to know?

Don’t you ever wonder, who was your very first ancestor? This one is hard to answer.

Some people choose to read a lot of history books, and some people choose to undergo other alternative such as past live regression to reveal their past live. It’s all about the awakening of the soul. Hear your intuition more often that it can show you to the light. Good luck!

Keefe R.D is the author of the Salt Prejudice and the Royal Arcanum Series. She graduated from Mercu Buana University and she lives with her family in Indonesia. She loves to spend her time with reading books that mostly about fantasy, supernatural, and spiritual.View Author posts