31. “If you don’t want to slip up tomorrow, speak the truth today.”

32. “A good teacher protects his pupils from his own influence.”

33. “The most dangerous person is the one who listens, thinks and observes”

34. “Knowledge will give you power, but character respect.”

35. “A goal is not always meant to be reached,it often serves simply as something to aim at.” 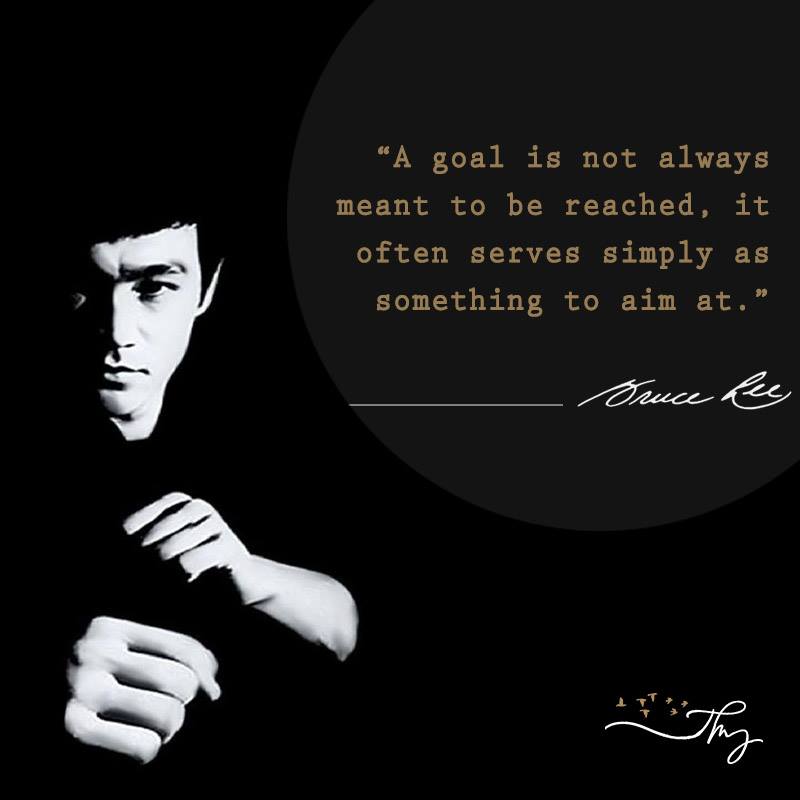 36. “Defeat is not defeat unless accepted as a reality in you own mind.”

37. “Man, the living creature, the creating individual, is always more important than any established style or system.”

38. “Defeat is a state of mind; no one is ever defeated until defeat has been accepted as a reality.”

39. ”Obey the principles without being bound by them.”

40. “If you truly love life.don’t waste time because time is what life is made of.”

42. “Empty your cup so that it may be filled; become devoid to gain totality.”

43. “Don’t pray for an easy life. Pray for the strength to endure a difficult one.”

44. “Empty your cup so that it may be filled; become devoid to gain totality.” 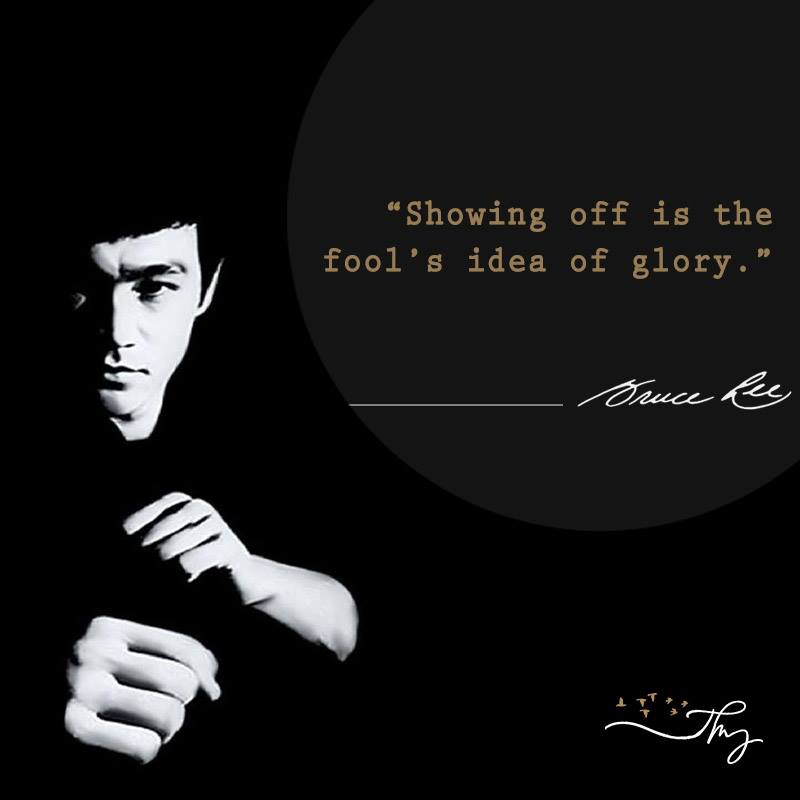