Power Dynamics In Relationships: The Meaningful Conversation Most Couples Are Avoiding 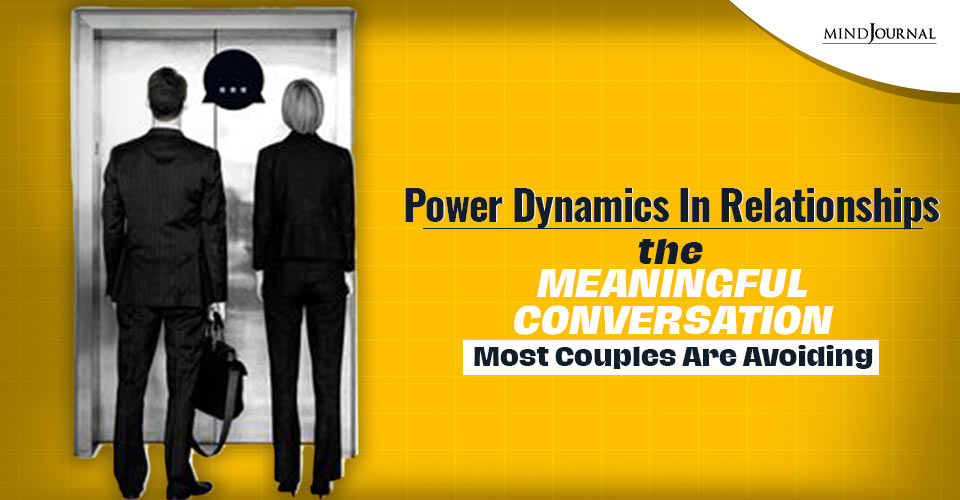 Here’s an example. Albert, an African-American man from a wealthy family, is married to Rose, a white woman from a working-class family. Albert and Rose pride themselves on sharing power in their relationship in ways that are equitable, yet they are aware that their cultural identities shape their experiences of power in the world and by extension in their home.

Here are a few suggestions:

Related: The 7 Fundamental Elements Needed In A Healthy Relationship

Where To Begin: The Four Questions

Power dynamics are inevitable in a romantic relationship, but problems arise when:

If you are curious about unpacking the power dynamics that are at work in your relationship, start by talking with your partner about these four questions, which are based on the work of Dr. Carmen Knudson-Martin and Dr. Anne Rankin Mahoney (2009):

It’s time to talk about how power dynamics shape the space between you and your partner. Be curious enough and flexible enough to figure out what works for both of you!

Alexandra H. Solomon, PhD, is a clinical assistant professor in the Department of Psychology at Northwestern University, a licensed clinical psychologist at The Family Institute at Northwestern University, a regular contributor at Psychology Today, a popular resource on Instagram. the creator and leader of the Intimate Relationships 101 E-course, the host of the Reimagining Love podcast, and the author of Taking Sexy Back: How to Own Your Sexuality and Create the Relationships You Want (February 2, 2020; New Harbinger) and Loving Bravely: 20 Lessons of Self-Discovery to Help You Get the Love You Want (2017; New Harbinger), which was featured on the TODAY show. She is an international speaker and teacher whose work has been featured on six continents. You can visit her online at dralexandrasolomon.com.View Author posts