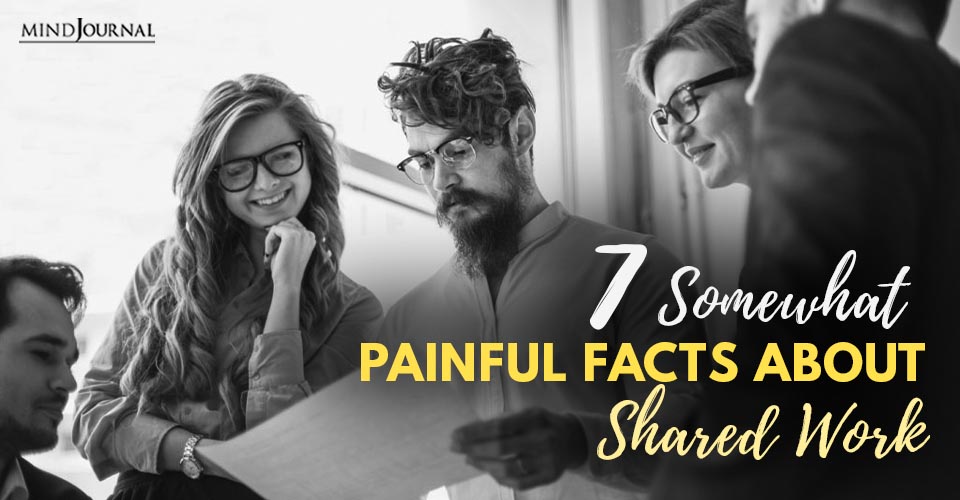 It’s easy to think “I’m the only one around here who bothers to…” or “Why do I always have to be the one who…?” but ignore all the tasks you don’t do. And maybe others don’t think that task  is as important as you do (See Fact #5).

I read somewhere that young children have a lot of trouble “sharing” but find it easier to “take turns.” Sharing is pretty ambiguous; taking turns is clearer and serves the value of justice, which is very important to children.

I think this is just as true for adults. I have to admit, shared tasks often give me the urge to try to shirk. Maybe if I pretend not to notice that the dishwasher is ready to be emptied, my husband will do it! And often he does. Which bring us t0…

THE THREE MOST IMPORTANT FACTS ABOUT SHARED WORK:

Fact 5: The person who end up doing a task.

The person who cares the most will often end up doing a task.

If you care more about a task being done, you’re more likely to end up doing it–and don’t expect other people to care as much as you do, just because something is important to you. It’s easy to make this mistake in marriage. You think it’s important to get the basement organized, and you expect your spouse to share the work, but your spouse thinks, “We never use the basement anyway, so why bother?” Just because something’s important to you doesn’t make it important to someone else, and people are less likely to share work they deem unimportant. At least not without a lot of nagging.

Related: 25 Interesting Psychological Facts You Didn’t Know About Yourself

Fact 6. If you want someone else to do a task, DON’T DO IT YOURSELF.

This sounds so obvious but thinks about it. Really. Let it go. If you think you shouldn’t have to do it, don’t do it. Wait. Someone else is a lot more likely to do it if you don’t do it first. Note: this means that a task is most likely to be done by the person who cares most (see Fact #5).  To repeat this point in other words, if you persist in doing particular work, it becomes more and more unlikely that someone else will do it.

Of course, you can’t always choose not to do something. Someone must get the kids ready for school. But many tasks are optional.

If, when people do step up, you criticize their performance, you discourage them from doing that work in the future.

If you want others to help, don’t carp from the sidelines. If you do, they feel justified in thinking, “Well, I can’t do it right anyway” or “Pat wants this to be done a particular way, and I don’t know how to do that, so Pat should do it.” The more important it is to you that tasks be performed your way, the more likely you are to be doing those tasks yourself. (Of course, some people use deliberate incompetence to shirk, which is so deeply annoying.)

What do you think? What did I get wrong–or overlook? Do you find shared work to be tough to manage?

Hi, I’m Gretchen Rubin, a writer who relentlessly explores human nature to understand how we can make our lives better. I believe there’s no one-size-fits-all solution for becoming happier, healthier, more productive, or more creative; when we know ourselves and what works for us, we can change our habits and our lives. Through my bestselling books (The Happiness Project, Happier at Home, Better Than Before, The Four Tendencies, Outer Order, Inner Calm), my award-winning podcast Happier with Gretchen Rubin, my video courses, and my app Better, I share insights, strategies, stories, and tips that help people understand themselves and create a happier life. The New York Times called me “the queen of the self-help memoir.” I would say that my work is self-helpful, not self-help. Really, I’d say that I’m a moral essayist, but that sounds so dull.View Author posts