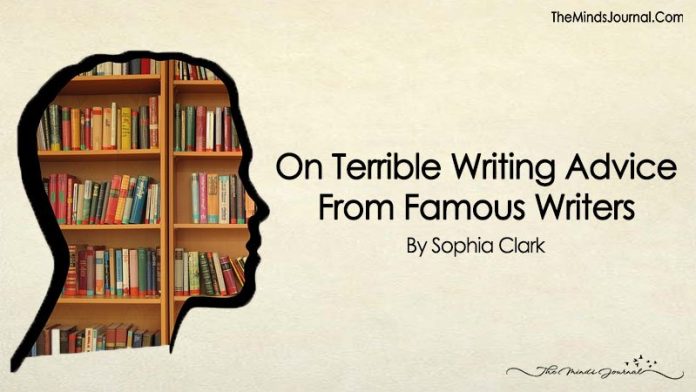 Richard Ford once argued that a writer shouldn’t have children to be successful. Fortunately, many others have already criticized the argument. Zadie Smith, for example, wrote that it’s simply absurd to think that motherhood may somehow threaten creativity. Moreover, many other acclaimed writers have stated that children actually contributed a lot to the quality of their writing. Parenthood is a great experience that could enrich one’s writing, making it fuller and even more credible in some cases.

The problem, however, is that Ford does insist on his stance so much. When you read quotations of famous people, the power of their influence makes you believe that what they say is correct, while everything you thought before is wrong. Not to follow such terrible advice blindly, you have to learn to trust your natural instincts and intuition. Don’t let anybody spoil your inherent talent with dull advice.

Writing as a process is a special activity that cannot be understood fully. Someone needs to deprive himself of any distractions before coming up with something worth sharing. Others, on the contrary, may look for inspiration in their surroundings.

This makes the whole idea of universal advice given to writers non-sense. Even if there are some basic recommendations that are applicable in most situations, the number of exceptions may be equal to cases, in which they would work.

Thus, a really useful piece of advice would be for you to listen to yourself and practice. Writing itself will help you improve better than any of the recommendations of acclaimed authors and famous people.