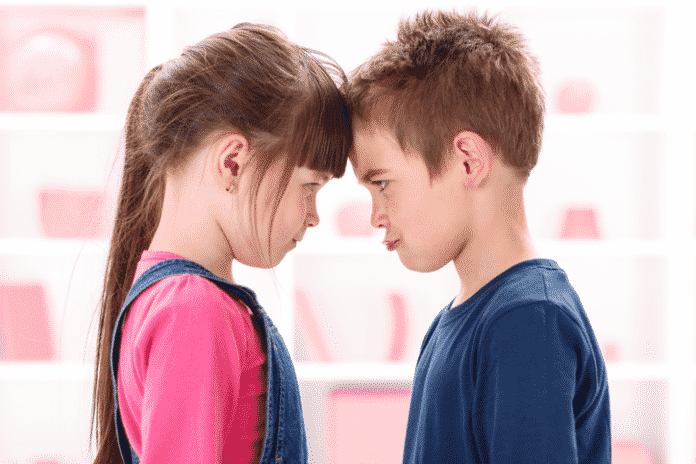 Do you believe that children fighting is completely wrong, and anytime that happens, grown-ups should intervene immediately?

I was recently at a park with a group of parents and children. A little girl wanted to go up the ladder to a slide. A boy jumped in front of her by pushing her aside. In response to that, the little girl hit his leg. The boy immediately turned his attention to his mom as if to say “Please do something about this, she just hit me.” The mom then walked up to the girl and asked her politely to not touch her son again.

Want to know more about how you can handle children the right way? Read Understanding The Psychology Behind A Child’s Behavior

What did that boy learn for himself in that event? Did he learn that he can’t or isn’t responsible for his own battles? Did he learn to call upon others to help him out of situations, instead of learning something about them for himself? Yes. And I do want to make something clear. I’m not saying that intervention is not necessary for some circumstances, so please don’t misunderstand that.

If you observe children in their play, they don’t hold grudges as we do. They move on.  The moment comes and goes and is not carried forward. We could learn a lot from them in that regard.

Do you want to be a real-life warrior, who is the epitome of courage, resilience, and true strength? Then warrior training is the perfect answer to that!
Read more
wpDiscuz
0
0
Would love your thoughts, please comment.x
()
x
| Reply