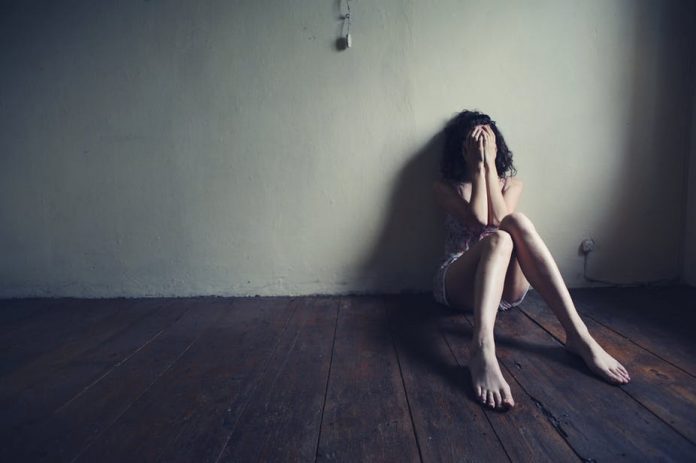 Post-traumatic stress disorder or in simpler terms, PTSD, is a relatively common psychological disorder. According to several studies conducted by the National Institute of Mental Health, an estimated percentage of 3.6 among 100 adults experience PTSD in a year. In addition to that, it has also been concluded that women are more susceptible to this psychiatric condition than men. Women are about three times more likely to suffer from it, to be precise.

No one can definitely tell what the future holds ahead of us, and it certainly cannot all be flowers and happiness. As sad as it may sound, it is quite inevitable for a human to experience at least one traumatizing even in their given lives. A percentage of those who would suffer from such would go on and develop PTSD. And once a person suffers from it, post-traumatic stress disorder would be very difficult to live with – let alone, deal with. Varying misconceptions about the disorder does not help either, its as if people are still giving little to no attention about the true effects of it. Ignorance and carelessness of the people around the individual who has the condition or even the person himself/herself would only lead to further negative effects.

Thankfully, there are now multiple ways on how one can deal with or reduce the effects of PTSD. Several forms of psychotherapy in combination with various medications such as SSRIs are the primary treatment for the disorder. However, there is now an alternative to it that is now growing in popularity. More and more people are now suggesting cannabinoids or CBD as a helpful substitute in treating PTSD, to be particular, to help cure anxiety and sleep-related symptoms that come with the disorder.

So what are the benefits CBD can bring in treating PTSD? How can intaking CBD affect your brain and overall body? How must it be used, is it safe? Read on and let us discuss that for you.

What is CBD: How Does It Relate To PTSD?

CBD is the short term for cannabidiol, a non-psychotomimetic component of the Cannabis Sativa. Unlike THC, tetrahydrocannabinol, CBD does not produce any psychoactive effects that get you “high”. For you to better understand it, let us just put it this way, CBD is another component of medical marijuana that can be used to treat various disorders such as PTSD.

Researchers have a high look for CBD as a potential treatment for PTSD sufferers because of its high capability to affect how an individual can retain memories. But they do not exclusively limit it to as a cure for PTSD, they are also eyeing it to be a helpful treatment for other disorders that tackles with negative memories, anxiety, and insomnia.

Let us be a bit technical. There is a system within our bodies that play a critical role in keeping our emotions regulated alongside handling our memory consolidation and retrieval. That system is what we call the endocannabinoid system or eCB for short. And because CBD interacts well with our eCB, several researchers have concluded that indeed CBD can greatly affect our emotions around memories. This includes how we form them and keeping a record of them, remembering them. That fact makes CBD uniquely beneficial unlike other alternatives for those who suffer from PTSD.

How To Treat PTSD Using CBD

First things first, if you are indeed suffering from a post-traumatic stress disorder and you want to try out CBD as a treatment alternative, you must first consult it with your doctor. Just like any other medical treatments or alternatives out there, it is wise to ask for a professional opinion first. After all, you wouldn’t want any product you take in to further harm you. Not only that; your doctor may also provide additional recommendations that may further help you in the long run. And because of the sensitive matter where CBD came from, cannabis, you must first check as well if such products are legal to your area.

Constant studies have suggested that CBD is effective for PTSD treatment when they are inhaled, taken in from the mouth, or transdermally. That means that the best method for ingestion for you would rely heavily on your personal preference or how your body would react to it. CBD can be consumed in different ways, including:

There are now different CBD products out there that you may engage yourself in. That is once you have checked that it is indeed legal in your area or if it can really have positive effects for you. Such CBD products and capsules can be purchased in varying dose amounts nowadays. That may be, we highly recommend that you start small and work your way up into high dosages if needed. In that way, you may precisely gauge the needed amount by your body to have the optimal effect out of the product.

Let us reiterate once more before you go on and engage on CBD treatments for PTSD, it is best to consult your doctor first and see what they might have to say about the matter. Yes, CBD is indeed a proven alternative for curing the negative effects of this dreaded disorder but engaging with the product haphazardly may only cause more harm than good. Just like everything else. Products that came from medical marijuana may still be a very sensitive matter today but sooner rather than later, people would see the true positive effects that only these products may bring. Its growth in popularity among both its potential consumers and even the tested professionals is a good sign that we are indeed on the verge of something good here.

How to Stay Well While Slowly Coming Out of Quarantine

The quarantine and self-isolation period is slowly coming to an end, and as we move into the next stage of (continued) safe living, it...
Read more
Guest Posts

A simple google search about moving can land you to multiple links, each offering ways to make the process smoother, checklists, tips and hacks,...
Read more
Guest Posts

Why Is It Important To Celebrate With Your Loved Ones

Life is a blessing. There are a few unfortunate people who do not come to appreciate it in time. They are mostly stuck in...
Read more
wpDiscuz
0
0
Would love your thoughts, please comment.x
()
x
| Reply