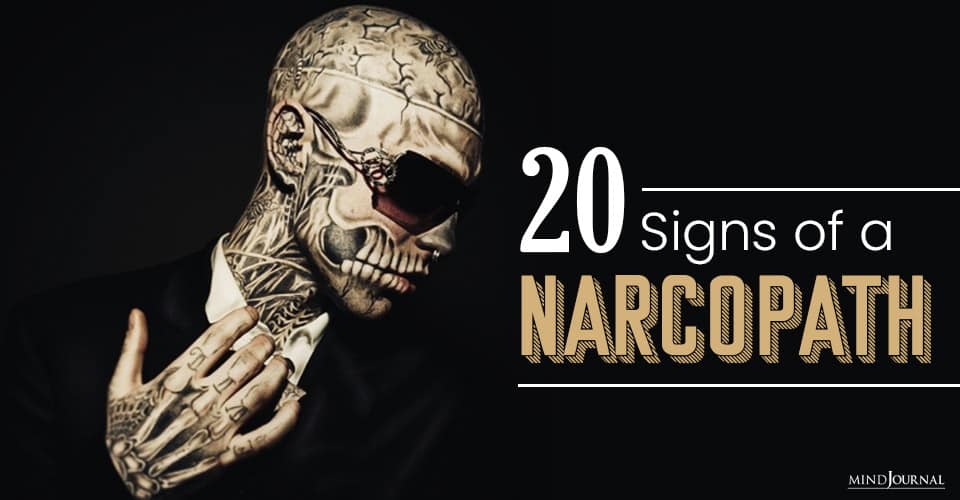 It’s not only men who can be dangerous narcissistic sociopaths. Narcopathic women can also be dangerous to others especially as they are not expected to be affected by such personality disorders. In fact, female narcopaths are actually protected in society due to existing stereotypes of being gentle, protective, and sweet.

People usually don’t suspect a woman to be ruthless, cruel, or vindictive. They don’t expect a mother to neglect, or abandon her children; they don’t expect a wife to abuse her husband or drive him to suicide. Bestselling author Shahida Arabi writes “Female narcissists, especially if they also possess antisocial traits, can cause just as much psychological harm as male malignant narcissists.”

Research indicates that female homicidal behavior is often associated with mental and personality disorders. But these women are less physically abusive than their male counterparts. As they are often hard to identify, such women are usually known as Covert Narcopath.

How to cope with a narcopath

Are you stuck with a narcopath and don’t know how to deal with them? As they are highly manipulative, it is likely that you believe they are not as toxic as they behave and they are actually a good person inside. You may even be prone to believe that you can ‘fix’ them eventually. This is why the best thing you can do is accept the reality, gain awareness, and walk away from the narcissistic sociopath.

Author Arlin Cuncic writes “The first step to dealing with this person is to stop reinterpreting the facts. Don’t give someone with a narcissistic sociopathic personality the benefit of the doubt.”

If they are not abusive, then you need to be more assertive, establish healthy boundaries to protect yourself, and realize that they will never change. However, if you are in an abusive relationship, especially one that involves physical violence, then you need to leave immediately and seek support from trusted friends and family. You can never win an argument against them.

Here are some other effective ways to cope with a narcopath:

1. Know that they are hard to deal with

It will always be challenging to cope with narcissistic sociopaths. They have poor boundaries and no regard for anyone’s rights or feelings. Clinical psychologist and Harvard lecturer Craig Malkin, Ph.D. says “There is no ‘coping with’ malignant narcissists, except to stand up for ourselves, speak to those who can help, assert ourselves, and enlist allies for protection.”

When you can identify the signs of a narcopath, you need to avoid spending too much time with them. If your boss or coworker has this personality disorder, then minimize contact as much as possible and avoid engaging in arguments with them. But most of all, avoid being in relationships with them.

Related: Are You Being Emotionally Abused By A Sociopath? Here’s What You Need To Know

You will never win against a narcopath. They are not reasonable or logical individuals. When challenged, they may become highly aggressive, hostile and retaliate in whatever way they can to win. They will not refrain from insulting you to control and dominate the situation. The best way to deal with them is to communicate in a non-confrontational way, set your boundaries, make your point and leave. Do not allow them to suck you into their toxic world.

“If you do need to confront the person, try not to do so in front of a large audience or they will want to save face and will feel more threatened, sparking more retaliation,” suggests author and wellness coach Elizabeth Scott, MS.