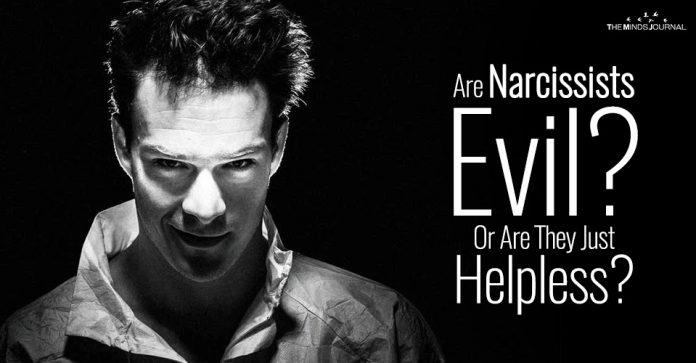 Are Narcissists Evil? Or Are They Just Helpless?

2. Self-centeredness and lack of emotional empathy

Narcissists often unintentionally do things that hurt other people because they are so self-centered and lack emotional empathy. For example, they may make fun of you in front of other people and just think they are being funny. Or you may tell them that you have a stomach virus and instead of sympathizing, they tell you that they had one much worse than yours.

How do we judge them?

Do we give them a free pass to hurt other people because they have a narcissistic personality disorder? I would not. At the very least, most well-intentioned people with NPD:

• Know that they are selfish.

• Know that other people are getting hurt by them.

• Know psychotherapy exists and most are choosing not to go for help to change.

• I have been told that what they are doing is hurtful and continue doing it anyway.

But: This subset of narcissists is not setting out to hurt other people on purpose.

These people are focused on getting whatever they want and are not trying to be “good people.” They really do not care who gets hurt by their actions. Some even enjoy causing other people pain and will go out of their way to make other people feel sad, inadequate, and inferior.

It is easy to judge them as bad because they do not express any regrets or make reparative gestures. They are hurting people intentionally to make themselves feel superior.

Bottom Line: People with narcissistic adaptations differ from one another in how much they want to be good people. The ones who want to be good try harder to follow a moral code. However, even when they are trying their hardest, their basic narcissistic issues—self-centeredness, unstable self-esteem, lack of emotional empathy, and lack of whole object relations and object constancy—will cause them to hurt those closest to them. 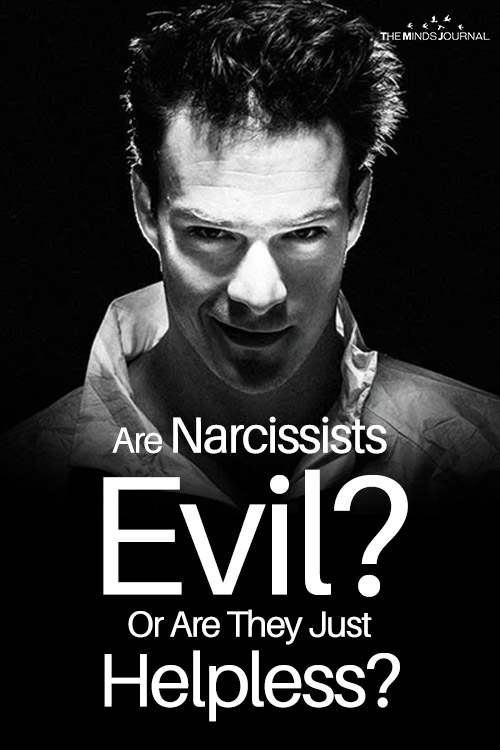 So do narcissists really have a “playbook” used to manipulate you?
Read more
Mental Health

Daughters of Narcissistic Mothers: Why They Are Never Good Enough

Daughters of narcissist mothers try hard to gain their mother’s love and approval. But, are never able to please her. Here's why
Read more
wpDiscuz
0
0
Would love your thoughts, please comment.x
()
x
| Reply