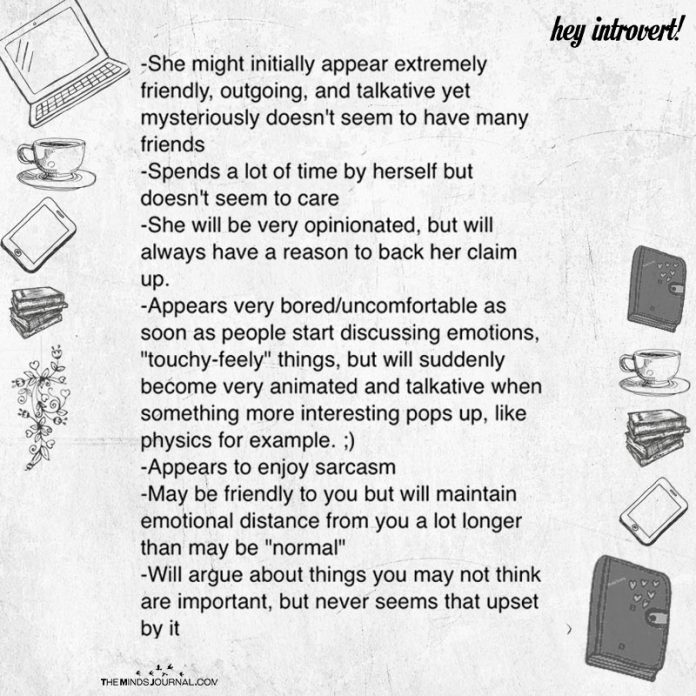 She Might Initially Appear Extremely Friendly, Outgoing, And Talkative

-She might initially appear extremely friendly, outgoing, and talkative yet mysteriously doesn’t seem to have many friends
-Spends a lot of time by herself but doesn’t seem to care
-She will be very opinionated, but will always have a reason to back her claim up.
-Appears very bored/uncomfortable as soon as people start discussing emotions, “touchy-feely” things, but will suddenly become very animated and talkative when something more interesting pops up, like physics for example. 😉
-Appears to enjoy sarcasm
-Maybe friendly to you but will maintain emotional distance from you a lot longer than may be “normal”
-Will argue about things you may not think are important, but never seems that upset by it

The things that make me Different

Don't tell me to change from everything that makes me who I am.
Read more
Introverted Thoughts

When you build in silence