How Parents Cause Mental Health Problems In Children 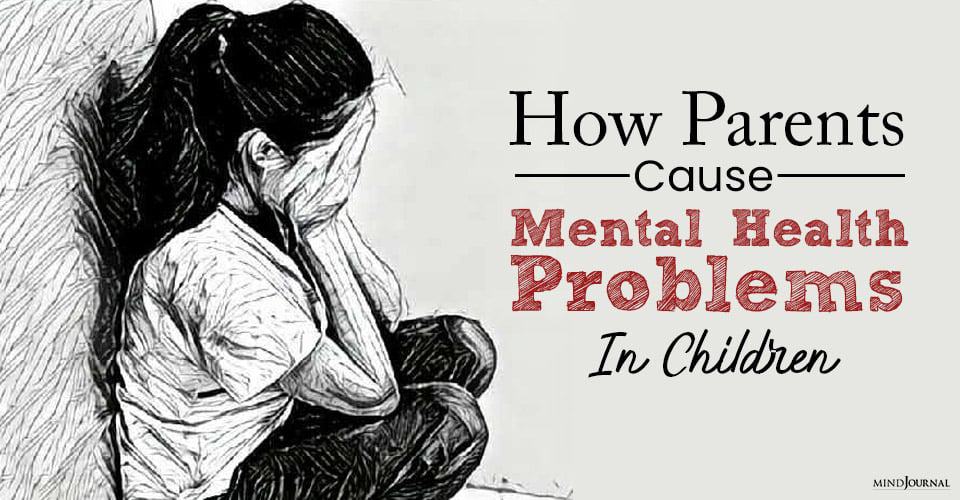 Children can develop emotional health issues due to parental modeling of avoidant strategies and fearful behavior. “An anxious parent may be more likely to model anxious behavior or may provide threat and avoidant information to their child, increasing the child’s risk of anxiety disorder,” explains Jennifer L. Hudson, Ph.D. It is believed that a critical, overprotective and anxious parent can adversely affect children with inhibited temperament.

A 1997 study has confirmed that there is a relationship between anxious/resistant parent-child attachment and the development of anxiety disorders in the child later in life. “The attachment relationship appears to play an important role in the development of anxiety disorders,” states the study. Attachment between parents and a child refers to the intimate emotional bond between the child and primary caregivers.

Experts hypothesize that when children experience an insecure attachment, they are unable to learn appropriate emotional regulation skills or develop a strong sense of self.

Unfortunately, numerous children are raised by parents who are suffering from some sort of mental health problem. Most of these parents have short-term, mild, and manageable psychological issues. However, many children grow up with parents who have severe, long-term mental illnesses such as major depressive disorder (MDD), bipolar disorder, personality disorders, and schizophrenia. Moreover, a lot of parents also tend to cope with alcohol, drug, and other substance use disorders.

According to research conducted by the Center of Mental Health Services Research, Department of Psychiatry, University of Massachusetts Medical School, over 33% of women and more than 20% of men in the United States have shown signs of psychiatric disorder in the past 12 months. Among them, 65% are mothers while 52% of these men are fathers.

Another 2017 study found that around 2.7 million parents in the U.S. had a serious mental illness (SMI) and 12.8 million parents had some mental illness in the past year. Parents suffering from psychological issues often struggle with their parenting role which can not only affect their relationship with the children but also affect the children’s mental and emotional wellbeing.

Moreover, while taking care of themselves, these parents often unintentionally become unresponsive to their child’s needs resulting in an insecure attachment style.

It has been observed that children, who have parents with mental health problems, experience higher degrees of psychological, emotional and behavioral issues than other children with normal parents.

Related: Inside The Mind Of An Unloved Child

Can parents pass on mental illness to children?

One of the reasons, apart from the strained relationships and attachment patterns, could be genetic factors as mental illness often runs in families. “Offspring of parents with severe mental illness (SMI; schizophrenia, bipolar disorder, major depressive disorder) have an increased risk of developing a mental illness themselves,” explains a 2014 study.

Clinical psychologist Marcy Burstein says there is an established link between parent and child psychological problems. It has been found that children who have parents suffering from anxiety disorders tend to be 4-6 times more likely to suffer from anxiety in their life. Moreover, children of parents affected with major depression have a higher risk of suffering from depression themselves. Typically such conditions tend to develop during childhood or adolescence.